“The air is getting colder now/ The nights are getting crisp/ I first tasted the universe on a night like this/ An alibi, a box of wine and the hunger in your eyes/ In the place where the tree of good and evil still resides”—from “Homecoming” by Josh Ritter

Folk/rock/Americana artist Josh Ritter has fans like Stephen King, Cameron Crowe and Glen Hansard, who discovered Ritter at an open mic and asked him to tour Ireland with The Frames. The acclaimed singer/songwriter has since been compared to wordsmiths like Bruce Springsteen, Paul Simon and Bob Dylan, whose songs inspired him to become a musician. Ritter’s music is the soundtrack to John Krasinski’s indie film The Hollars, featuring Anna Kendrick and Richard Jenkins, and he co-wrote many of the songs on Bob Weir’s new solo album, Blue Mountain.

A departure from 2013’s folksy, introspective The Beast in its Tracks, Ritter’s eighth effort, Sermon on the Rocks, is a more upbeat, percussive record focused on small town narratives and, sometimes irreverent, biblical references. Ritter has been on tour with Jason Isbell, but when he graces the stage at Landmark on Main Street on Sunday, Nov. 13, he’ll be playing an acoustic show. The Brooklyn-based musician discussed his influences, changing sound and working with Bob Weir.

When did Glen Hansard from The Frames discover you?
(Singing) ‘I was working as a waitress in a cocktail bar’…Seriously, I met Glen way back in the winter of 2000. I was playing an open mic and he had a show in town and came down to see a mutual friend of ours. He saw me play a song and was so generous as to invite me to come and open a tour for him in Ireland.

How do you describe your sound?
I call my sound rock and roll with a lot of words. I follow no artistic trajectory save from one album to the next I feel myself inspired to change my sound and my general approach to songwriting. Evolution doesn’t necessarily lead ever upwards. A lot of experiments fail while you’re finding your new sound. 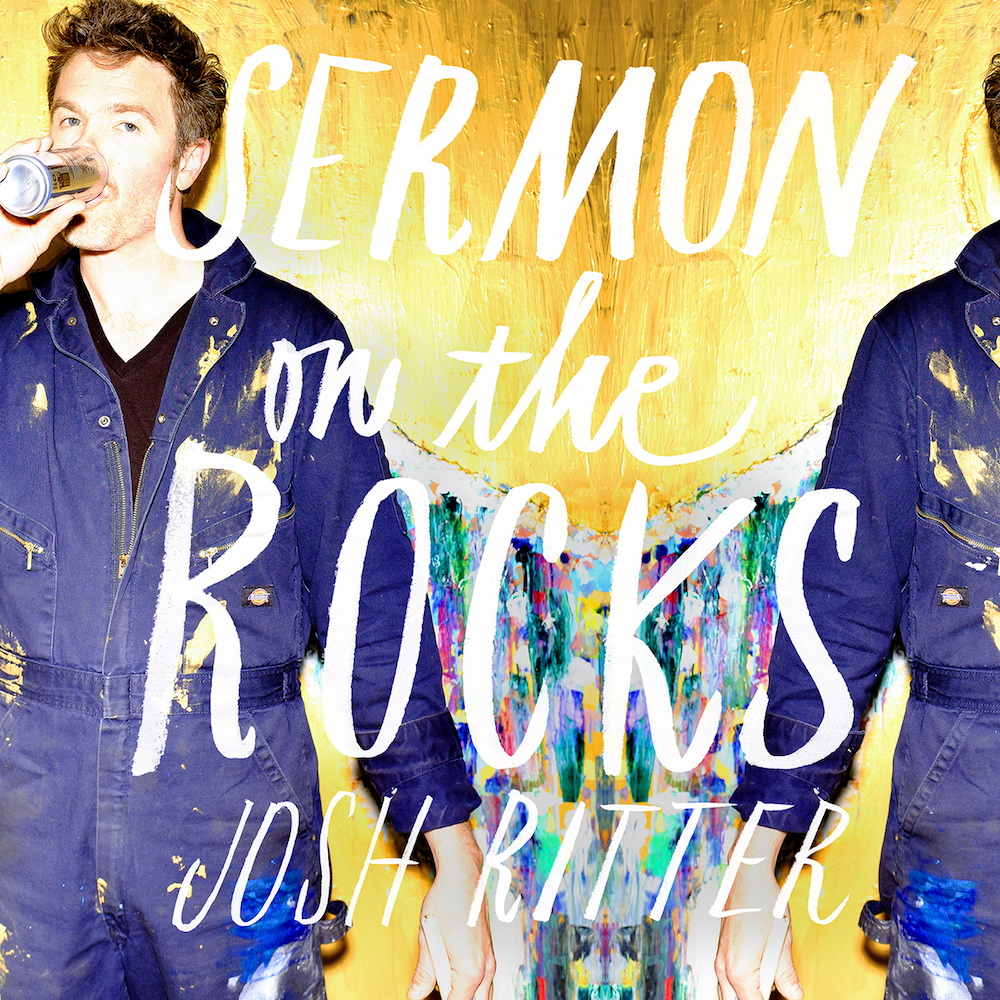 You wanted to play ‘messianic oracular honky-tonk’ when you made Sermon on the Rocks. What inspired you?
I was inspired by a sense of what’s out there in the world right now. There’s a lot of anger, a lot of apocalypticism and a lot of frantic joy. I never consciously try to capture the moment though. If I’m doing my job right, the undercurrents in life will flow through the songs as well.

You’re sometimes compared to Bob Dylan and Paul Simon. Who and what are your influences?
Literature, movies, people you run into on the street. Musicians like Dylan and Leonard Cohen. Folks who swim in those waters have always been an inspiration to me. But they are also the shadows of gigantic trees that it is your own job to emerge from and survive.

What was it like working with Bob Weir on his cowboy album, Blue Mountain?
My job was to write a lot of lyrics, songs and things that inspired and pass them on to Bob. Then he and his producer, Josh Kaufman (The National), would dig in and Bob would make them his own. It was a tremendously gratifying project to work on.

What can we expect to hear at your Landmark on Main Street show?
I’ve played Long Island many times and have loved them all. This time I’ll be playing an acoustic show, which I love to do because it’s a great chance to hang out a little more loosely with the audience. I’ll play stuff from all over my catalogue. I also want to play a fair share of new ones. I really can’t wait for the show!