Who can forget the southern rock boom of the ‘70s—first led by the Allman Brothers, and then inherited for a spell by Lynyrd Skynyrd? But when both bands took a break in the late ’70s, other acts filled the void—including the Outlaws. Coming up in the same scene/time period as Skynyrd, the Outlaws built their own following—on the strength of such tunes as “There Goes Another Love Song” and the live album, Bring It Back Alive.

And this month, the band has a new live set to unveil, Legacy Live, as well as a performance at BB King’s on Nov. 12. The band’s long-time member singer/guitarist Henry Paul recently spoke to Pulse, and offered a prediction about their upcoming NYC show—“People can expect to hear great interpretations of classic Outlaws music, and hear some new things off the most recent studio record [2012’s It’s About Pride]—and be thoroughly entertained.”

How is Legacy Live different from previous live Outlaws albums?
Well, three of the five original members are no longer with us. We have a cast of musicians in the band that have played in the band for a long time and Monte [Yoho, drummer] and I, who have been there from the beginning. But the record was done with a great deal of attention to respect of the musical legacy of the group. And the musical personality of the band is very faithful to the Outlaws’ musical personality. We recorded a lot of songs that were a little bit more obscure—along with “Green Grass and High Tides” and “Hurry Sundown.” I just wanted to spread it around a little. 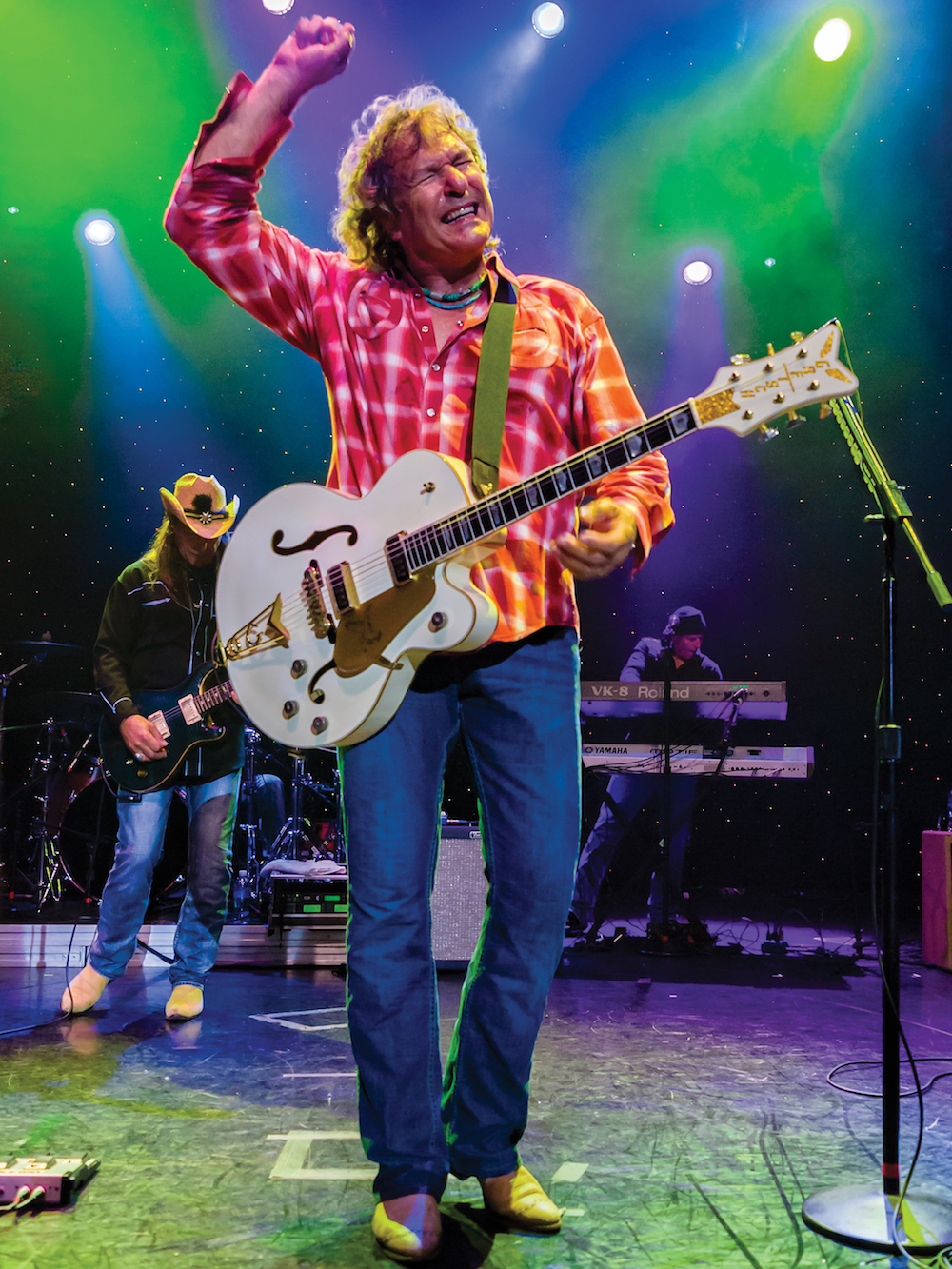 The Outlaws’ 1978 live album, Bring It Back Alive, is considered a southern rock classic. What was it about the ‘70s and live albums?
On the heels of Peter Frampton’s enormous success [Frampton Comes Alive], live albums suddenly became a very commercially viable idea. And the Allman Brothers’ At Fillmore East. Rather than early ‘60s pop/three-minute songs, there was the advent of a more in-depth musical personality that could be shared and exploited and put on display. And I think that really drove the live record concept during that time period.

What are some memories of coming up at the same time as Lynyrd Skynyrd, whose live One More from the Road saw success?
It turns out we were on the bill those three nights they recorded the live record in Atlanta. We performed countless shows with them, and got to know the members personally and became friends. They were enormously supportive of the Outlaws. We were both Florida bands. Of course, we were competitive, but Lynyrd Skynyrd pulled away in a commercial sense of the word—with songs like “Sweet Home Alabama.” The Outlaws remained more of a cult/musical/live entity. We have great memories of Lynyrd Skynyrd out on the road, the Marshall Tucker Band, and the Charlie Daniels Band. And of course, the Allman Brothers.

Although the Outlaws formed in Florida, you’re originally from New York. Tell me a bit about your upbringing.
I was born in the Hudson River Valley—right at the foothills of the Catskills—in a town called Kingston. My mom, my sisters, and I moved to Florida in 1957, in Lakeland. I grew up in Central Florida and spent time visiting my dad—I went to high school a year and a half up there. Just kind of went back and forth. Culturally, I got to enjoy the sensibilities of New York—being at the Shea Stadium/Beatles concert, and hung around the Village. And then I’d go to Florida and live on the interior part of the state, where it was very country and rural. It gave me a great overview of a lot of different cultural characters.