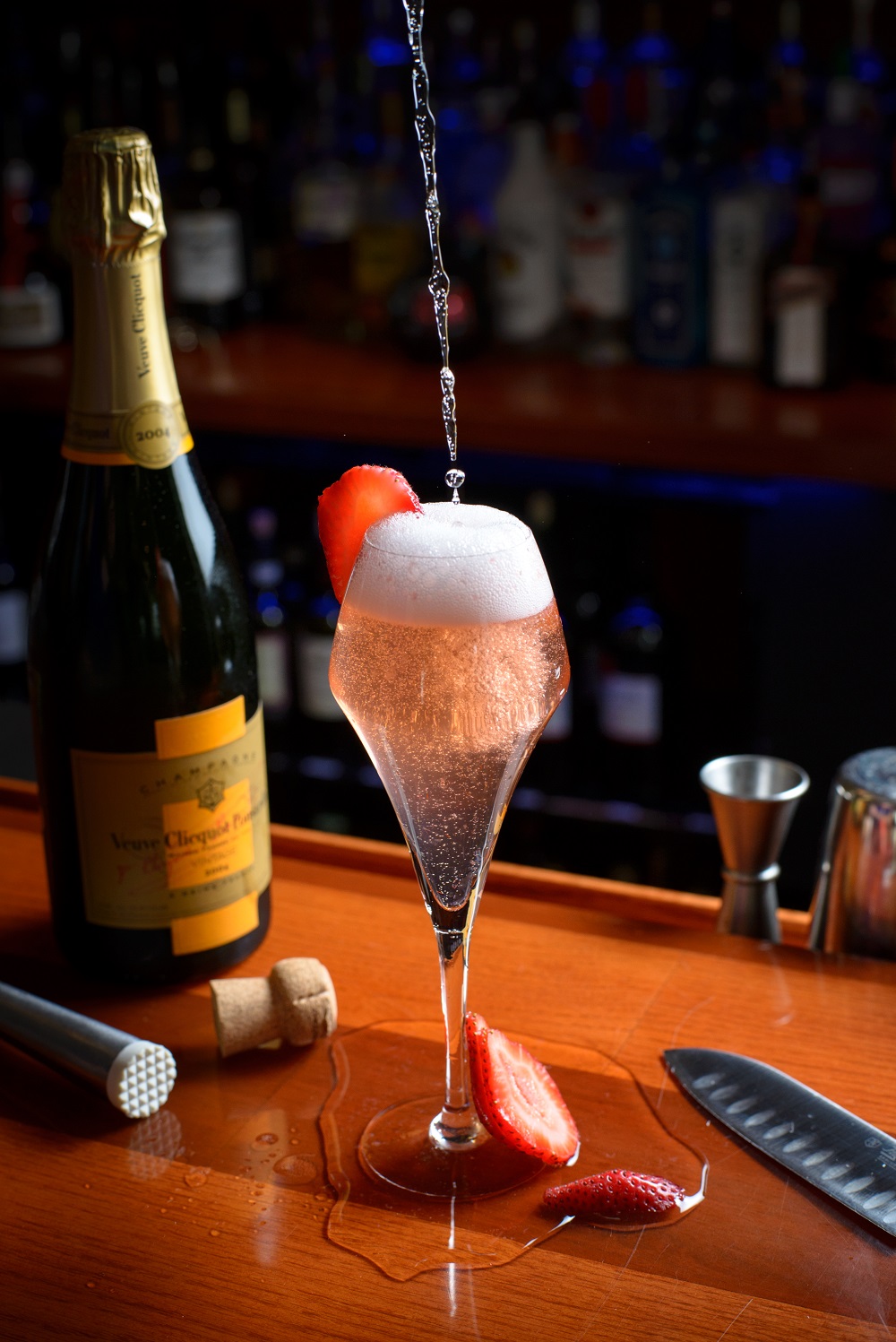 This is Behind the Bar(tender), a series in which local bartenders share things like the weirdest drink request they’ve ever gotten and the last movie they watched as they make us one of their signature cocktails. This month features Jay Ozdemir, head bartender at Spiro’s Lounge & Restaurant in Rocky Point.

What’s the best thing you ever drank?
I got to meet Julio Cabrera once and he made me his Queen Victoria. Also, the protein shakes at the World Gym in Ronkonkoma. I think they were the reason why I worked out for as long as I did.

Your proudest moment as a bartender?
When we won Yelp’s Cocktail Classic for the first time.

The first cocktail you ever made?
I think it was a Cosmo. Either I used too much cranberry juice or lime juice, and it got sent back pretty quick.

What do you know now that you wish you’d known for your first bartending shift?
Don’t be afraid to be challenged, or to challenge yourself.

If you could be any drink, what drink would you be?
A glass of aged Scotch with one ice cube.

Why?
To be experienced slowly. In today’s world, those opportunities are few and far between.

What’s the weirdest cocktail experiment you’ve ever attempted?
We had a mastiha in from Greece once so I came up with a recipe using that, some fresh basil, wild-berry tea we made in-house and yellow chartreuse. You don’t really see much mastiha on Long Island, that was cool.

What’s the weirdest drink request you’ve ever gotten?
Guests have started to order by pulling out their phones and showing just a picture of a drink they had one time without knowing any of the ingredients. That’s always…fun.

The last time we met, you made us a frozen drink called the Chocogasm. What are you making for us now?
It’s another equally naughty-named drink. I call it Fig & Kisses. There’s fig-flavored vodka, a touch of Bacardi Dragon Berry rum, muddled fresh strawberries and ginger, then topped off with champagne and served in a champagne flute.

How would you describe it?
It’s light, refreshing. Your tongue gets a little tingle from the ginger and you get a smell of fresh strawberries. The rum flavor is really unique and the fig-flavored vodka gives a sweetness. And the champagne gives some bubbles, which is pure happiness.

What was the inspiration behind it?
My girlfriend. She makes me say that.

If you could make Fig & Kisses for one person, dead or alive, who would it be?
See above.

Your favorite bar, and why?
The Regent Cocktail Club in Miami. It’s tucked inside of a beautiful hotel in the middle of touristy South Beach. The bartenders wear tuxedos and the cocktails are perfection.

What’s your favorite thing to do when you’re not drinking or drink-making?
I just started taking lessons to get my private pilot license.

The last song you listened to?
“Sometimes” by SNBRN with Holly Winter. Love the rhythm.

The last movie you watched?
“Spectre.”

The last text message you sent?
Are we going flying on Sunday?