As spotted in the November food, wine and spirits issue of Pulse, critically acclaimed restaurant Cosme is taking New York City by storm. Chef Enrique Olvera continues to garner a great deal of buzz with his ingredient-centric approach to Mexican cuisine. To learn more about the restaurant’s standout dishes, I caught up with Cosme’s chef de cuisine and 2016 James Beard Foundation Rising Star Chef of the Year Daniela Soto-Innes.

Related Content: Chef Enrique Olvera is All About Carving Out the Context 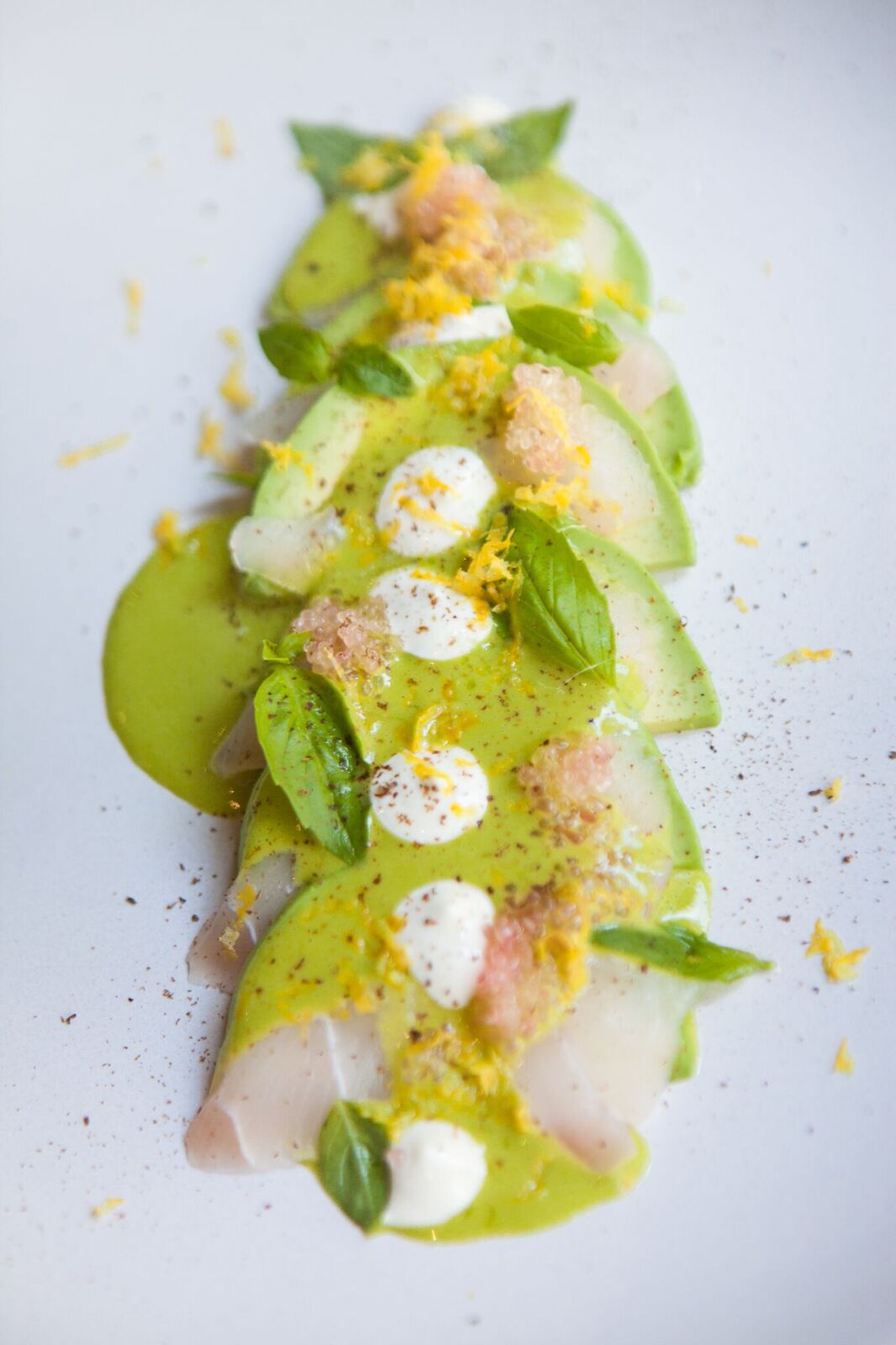 Sashimi style is the way to go. After the striped bass has been thinly cut, Soto-Innes mixes in poblano salsa, with peppers, tomatoes and onion to add a rich texture. The finger limes “bring the acidity,” serving as a refreshing palate cleanser. 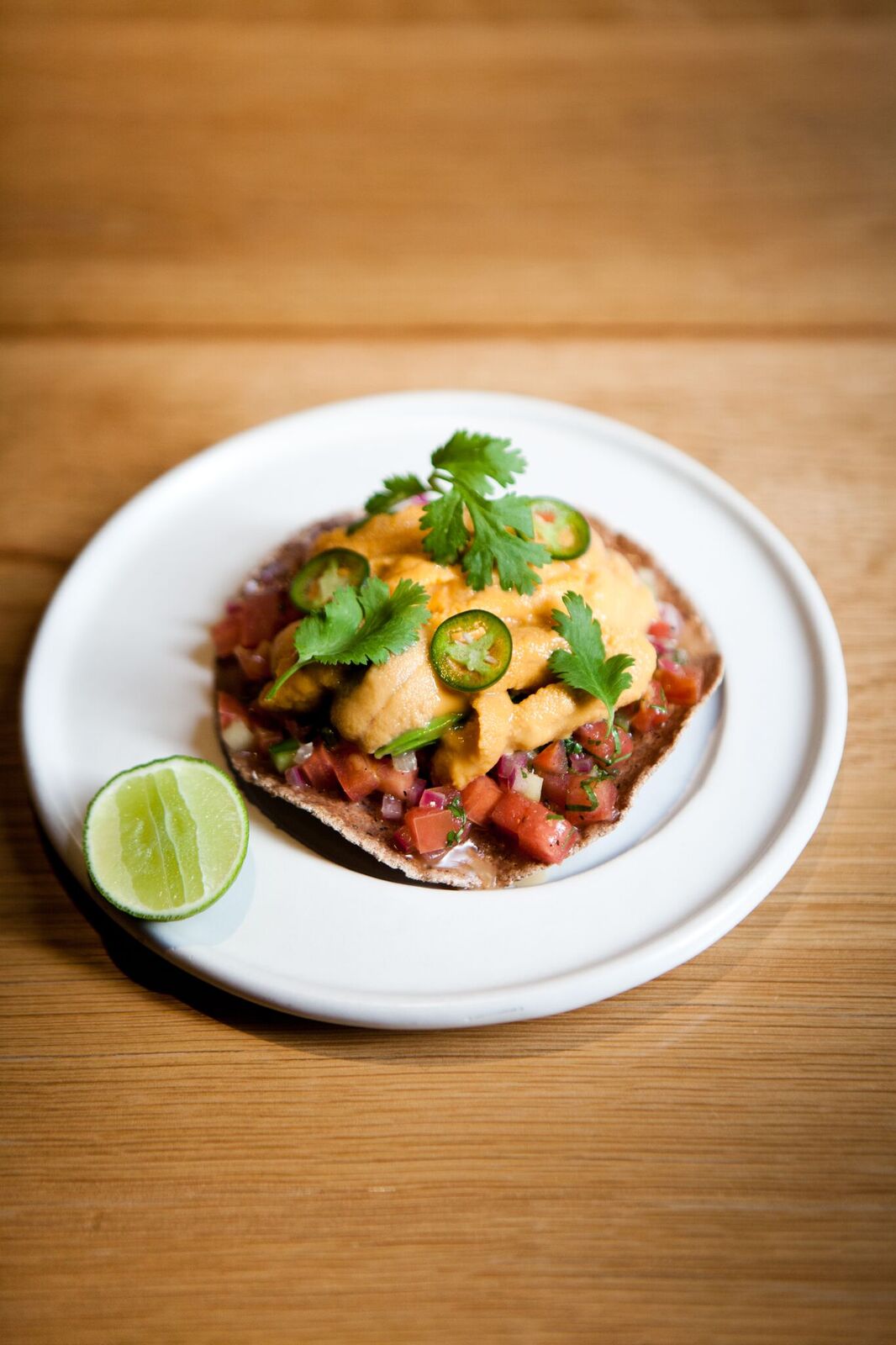 Shellfish lovers, this one’s for you. Crispy tortillas are piled with salsa Mexicana composed of tomatoes, cucumbers and bone marrow vinaigrette followed by the uni (sea urchin) after it’s been removed from its shell. “The creamy uni is the strongest flavor, but it’s complemented well by the baked tortillas, avocado and salsa.” 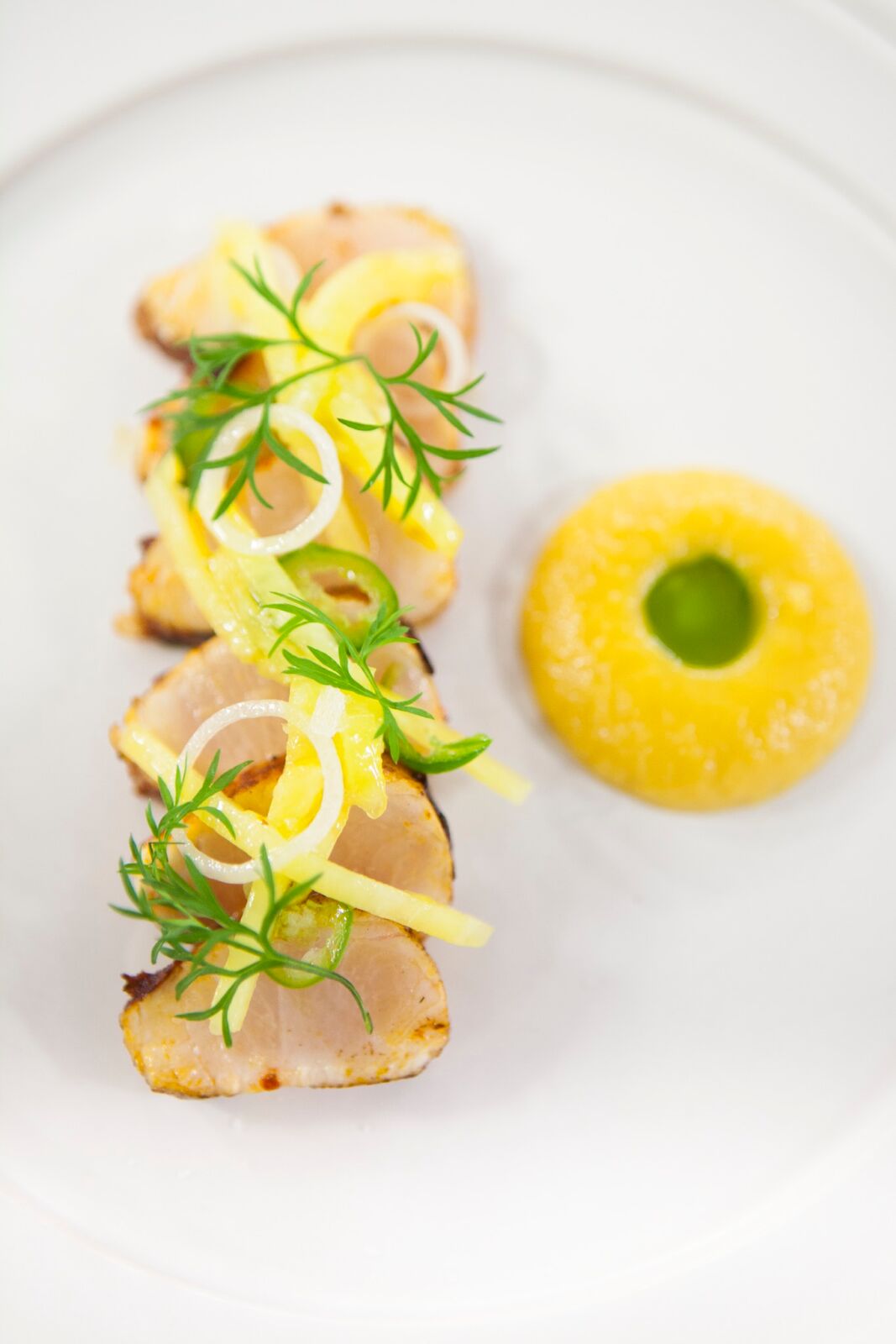 Now, this appetizer can double as an entrée—depending on your appetite. At 80 grams of fish, the cobia is seared until charred just enough for a raw incasing. In Mexico City, pork is traditionally prepared al pastor, but Cosme challenges the status quo, taking their seafood to delicious new heights. Served with a pineapple puree, cilantro and onions, expect quite a tangy finish. 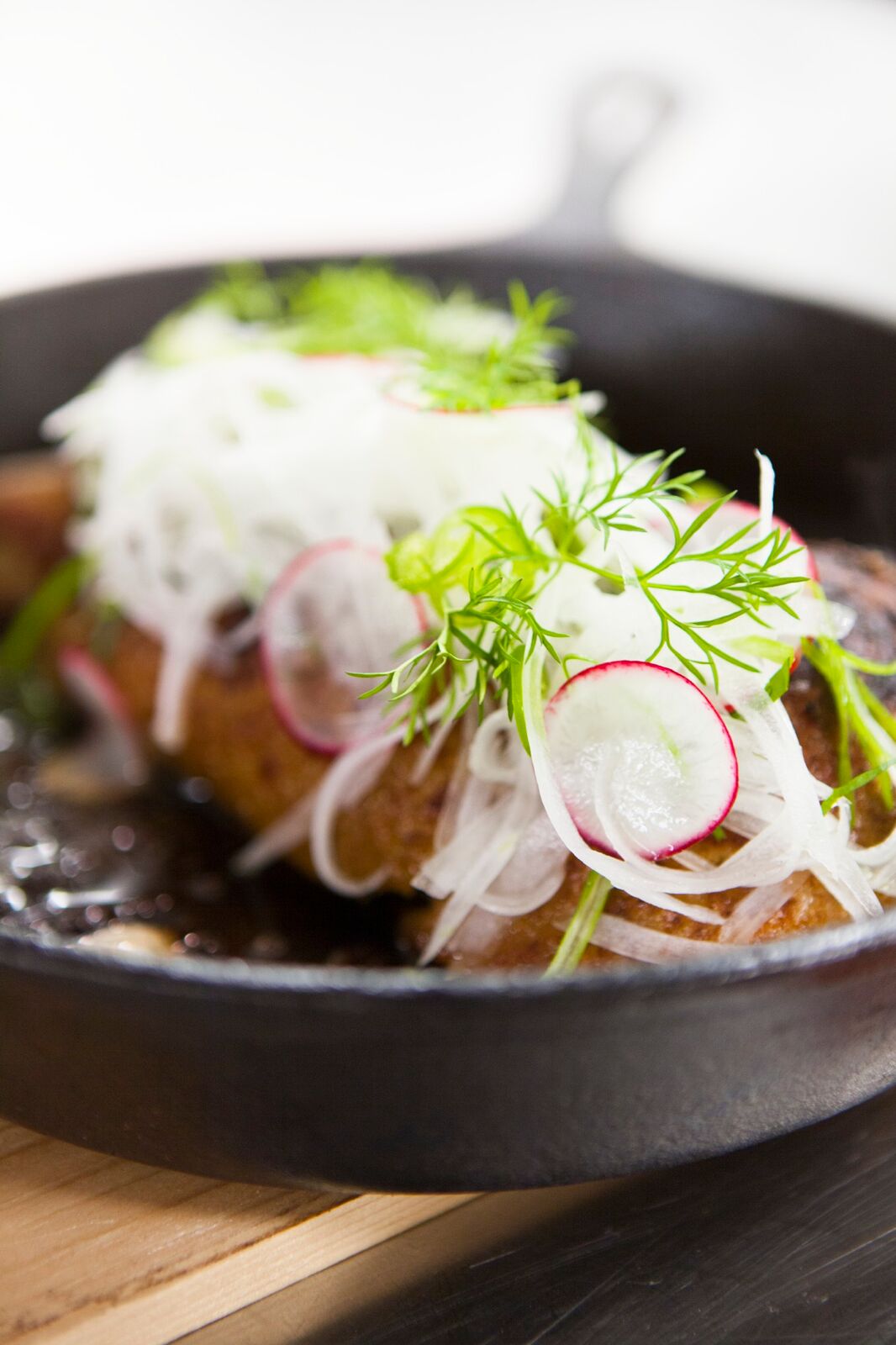 Soto-Innes called this one, “the most popular thing on the menu.” Opposed to traditional duck confit techniques, Cosme “takes half a duck and braises it with duck fat, Mexican Coca-Cola, oranges, tomatoes, dried chiles and spices.” After it’s cooked overnight and deboned, it’s served shredded, “for a more tender and sweet effect” in a hot cast iron skillet topped with onions to cut the fat, cilantro, radish and tortillas. There’s an option to make tacos with the dish. Go for it.

Hit refresh on the ice pops of childhood, but this time around anticipate something a little more gourmet. Cosme fuses house-made ricotta cream cheese with a huckleberry preserve and covers it in shaved ice. Then comes a sprinkle of lime zest and a handful of coconut milk. “You have the creaminess of the cheese, the bitterness/tartness of the huckleberries coupled with a refreshing bite from the ice. But the coconut milk makes it really silky and elegant.”