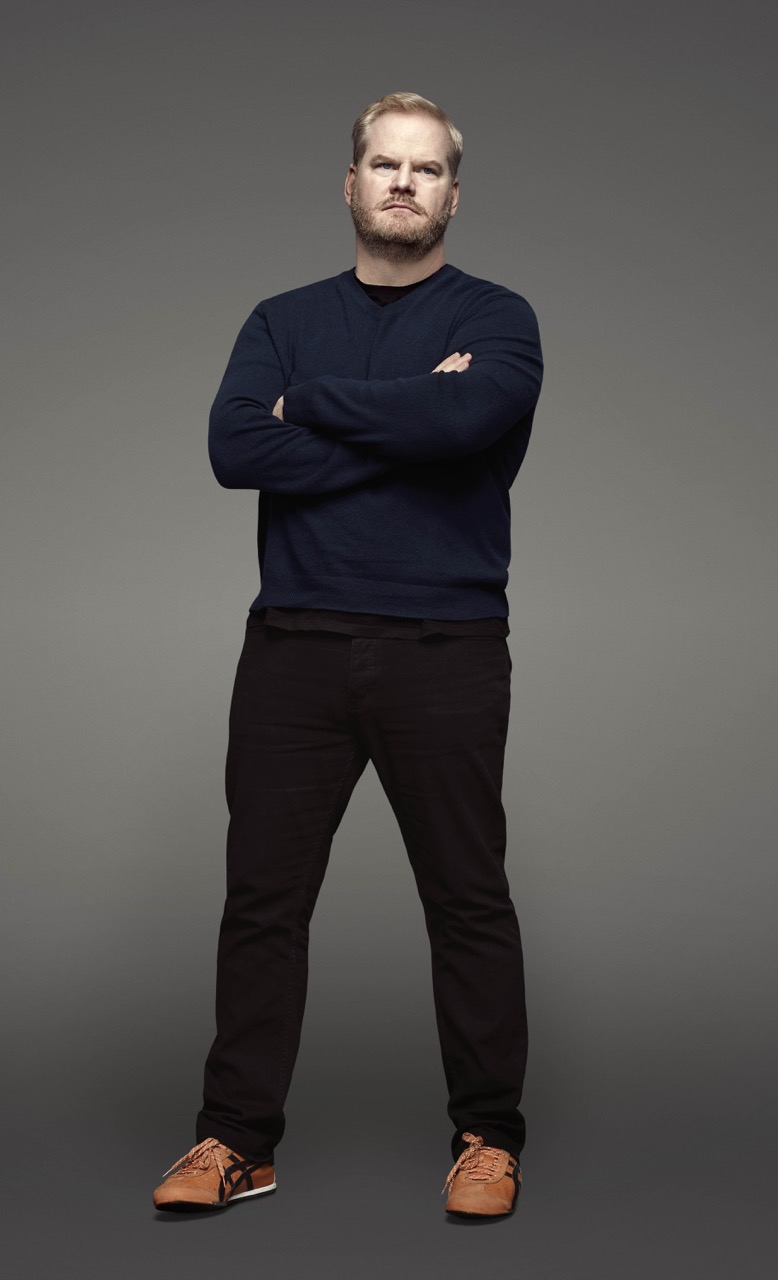 “Thanksgiving—it’s like we didn’t even try to come up with a tradition. The tradition is we overeat: ‘Hey, how about at Thanksgiving we just eat a lot?’ ‘But we do that every day!’ ‘Oh, what if we eat a lot with people that annoy the hell out of us?’”—Jim Gaffigan

Jim Gaffigan’s apolitical comedy is a welcome respite from a divisive presidential election. The white-bred, Catholic, northwest Indiana native prefers to discuss topics like food, family and faith in a hilarious, self-deprecating manner. As part of his Fully Dressed Tour, the longtime Manhattan resident will perform three standup shows at the NYCB Theatre at Westbury on Thanksgiving weekend.

In order to spend more time with their five kids, Gaffigan and his wife/co-writer, Jeannie, decided the second season of The Jim Gaffigan Show on TV Land would be the last. He once described the acclaimed New York-based, semi-autobiographical comedy as the “Happy Louie.” “We had a great time,” said Gaffigan, “and if it was just one of us we’d probably keep going. But we were writing and producing—and I was in 90 percent of the scenes. In the end, it was a pretty easy decision for us, having five young children.”

The best-selling author has been keeping busy with a slew of roles in soon-to-be-released films. In The Bleeder, an independent film about 1975 boxing champ Chuck Wepner (played by Liev Schreiber), Gaffigan portrays the boxer’s best friend. He’s also the voice of a goose named Peng for the animated film Duck Duck Goose and plays a role in the upcoming comedy Drunk Parents, which was filmed on Long Island and stars Alec Baldwin and Salma Hayek. He’s currently filming Chappaquiddick, a drama based on the tragic 1968 car accident involving Senator Ted Kennedy, where he plays District Attorney Paul Markham. And, on the small screen, he’ll appear as a sheriff on the next season of FX’s black comedy, Fargo.

Gaffigan returns to Long Island for three shows at NYCB Theatre at Westbury: Friday, Nov. 25 at 7pm and Saturday, Nov. 26 at 7pm and 9:30pm. The comedian has fond memories of going to Chuckles and then Governor’s Comedy Club, both run by John Trueson. “I feel like there were so many early years of just me on the LIRR, or in a car with (fellow comedian) Greg Giraldo traveling back and forth to Long Island,” recalled Gaffigan. “I have a strong affinity for it.”

What will Thanksgiving be like for you this year?
We’re usually touring close to Thanksgiving—in the past it was Vegas or Orlando. But this time, living in New York City, we wanted to stay close to home so (playing in Westbury) worked out perfectly. I just know I’m not cooking. So if my wife tells me we’re having Shake Shack, that’s fine for me. But it’s fun, because, being a parent, there’s a different perspective on the holiday thing.

Will there be pumpkin pie on your menu?
It’s interesting you bring that up because my 5-year-old recently asked, “Did we ever have pumpkin pie?” And I was like, “I don’t know, I think we have.” I do like pumpkin pie. But I’m more of a gravy and turkey and mashed potatoes guy—that’s kind of my wheelhouse. 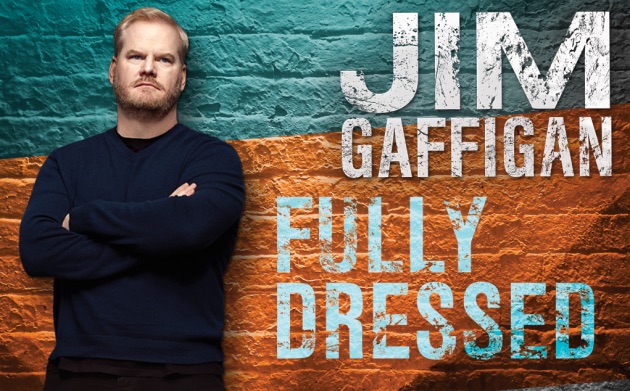 Is the name of your latest tour, Fully Dressed, a response to your last special, Obsessed, where you were naked on the cover?
You’re the first person to say that. That’s actually a good point. I just think that tour names are so silly. That’s the important thing here. I want to communicate that it’s new material, but I also don’t want to take myself too seriously. So, Fully Dressed, it’s just kind of like, “Well, what else would I be?” It’s not like I’m going to wear shorts doing it.

So you won’t be discussing clothing? You seem like a sneaker person.
I feel like I’m eventually going to have something about fashion, but that’s been kind of lost on me. They’ll be some new material in the show, and it will be less food-related, but it’s typical of what I do.

I am very much into sneakers. I’m a comfort guy, you know? The worst thing you could do is invite me to something where I have to wear a tie. Someone better be dead. I was raised by somebody who always wore a tie. I think my father (a banker) slept in a tie. Then I perceived a tie as just horrible. So I’m all about comfort.

Did you wear a tie when you opened for Pope Francis at the Festival of Families in Philadelphia?
I did not wear a tie. I wore a (pause)—I don’t know what I wore. I remember my wife just going, “I can’t believe you wore that.” But it was outside; essentially it was on the side of a highway (Ben Franklin Parkway) and there were millions of people, so it was an amazing experience. But opening for the pope is kind of a false description because I actually opened for the pope mobile.

Some people didn’t like my Philly jokes and booed. And I’m like, “You can’t boo when you’re coming to see a religious speaker. This isn’t a rally.” But I also had a joke saying: “You should stick around. There’s this guy from Argentina coming up, he’s 78 years old and used to be a bouncer at a dance club. I hear he’s amazing.”

Why don’t you like to be called a clean, family-friendly comedian?
I think most comedians just want to be known as funny. I think comedians do what they do and then they get credit or criticism. When people say I’m “clean,” it’s not an elaborate design like, “Oh, I’ll be clean.” I’m from a small town in Indiana and they don’t curse every day. If I’m onstage, I’m not going to curse because the topics I describe, like meat, don’t require me to swear.

On Seinfeld’s Comedians In Cars Getting Coffee, you both ate pastrami sandwiches. Was it really one of your best meals ever?

You know, I really do love pastrami, but it will kill you. I’ll have pastrami and then I’ll be a mess. So, I’ll be like, “Well, obviously I can never eat that again.” And then on Jerry’s show we went to 2nd Avenue Deli, and I’ve never gotten pastrami there. It was good because it was really thinly shaved. Katz’s Deli is pretty close to my apartment so it’s just one of those things where I take my kids to Katz’s. It’s like a daddy excursion where I’ll take them for pastrami instead of to the park. Most dads will take their kids to the park and teach them how to throw a ball. But I teach my kids how to eat pastrami.