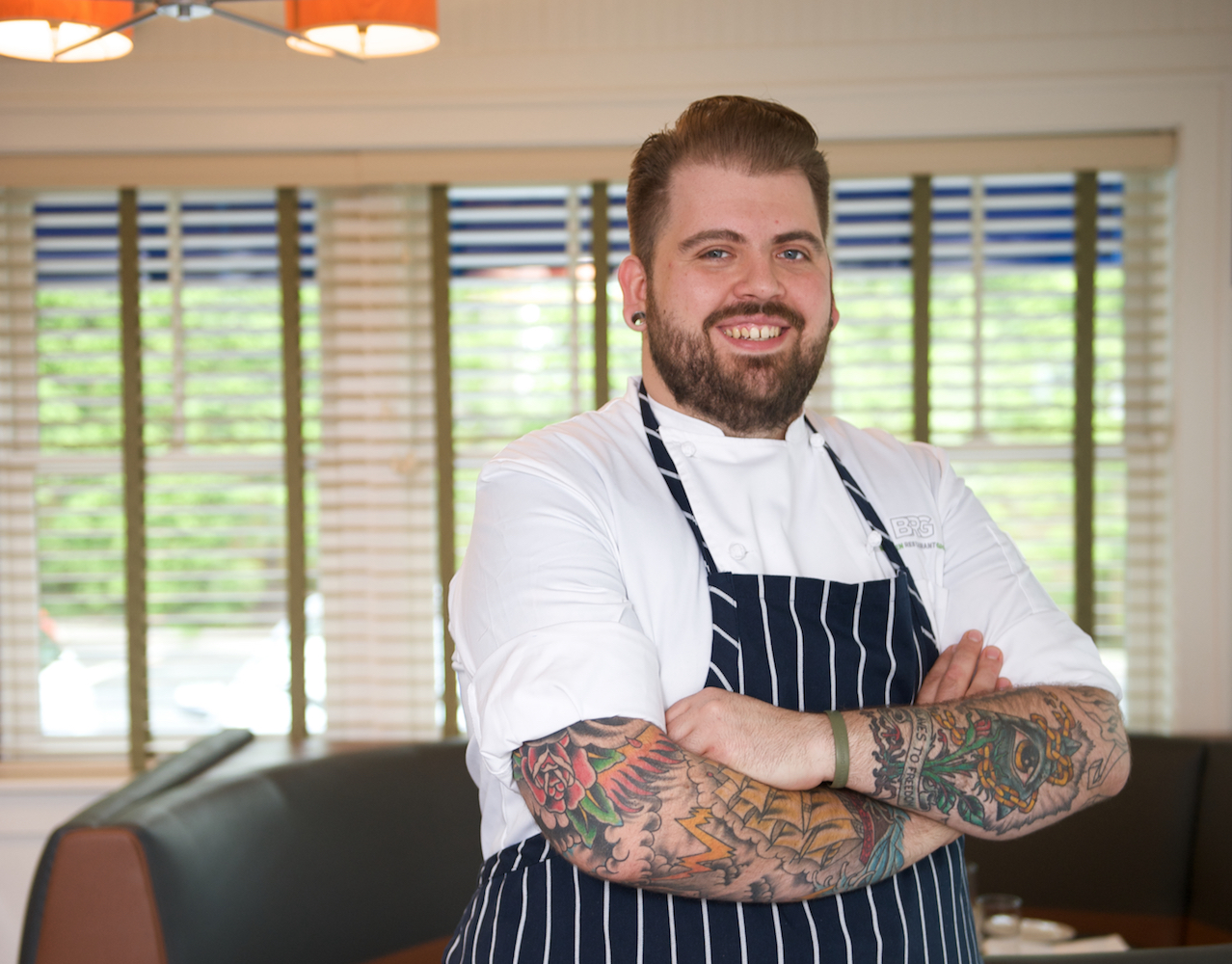 Executive Chef Wayne Cafariella got his love of seafood from his father and cooking from his mother and grandmother.

Certain dishes offer a side of nostalgia. A creamy chowder, perfectly whipped mashed potatoes and fresh-baked chocolate cookies can bring us back to a delicious moment in time. For Wayne Cafariella, nostalgia is a secret ingredient at H2O, where he serves as executive chef. The restaurant is known for memorable dishes like Chilean sea bass, stuffed flounder and everything crusted tuna, which remain menu staples after 15 years.

“They have been passed down to me and it’s my job and responsibility to be sure they’re continued on in the way they have been doing for 15 successful years now,” said Cafariella.

Cafariella will be on hand when Pulse hosts Island Tasting to benefit Island Harvest Thursday, Nov. 17. He’s not sure whether the restaurant will cook up a staple or something new but he was willing to dish on his inspirations, favorite late-night snack and the importance of giving back.

Get Tickets to Island Tasting Nov. 17

Tell me a bit about your background.
I grew up on Long Island. My dad was actually a clammer. Seafood has always been my thing. I cooked with my mom and grandma at an early age. It was always one of those things I liked to do but never thought of it as a potential career until I was in high school and college. I had worked in restaurants, I was always cooking for friends and hosting dinner parties…and eventually, it all just kind of clicked. A friend of mine basically just said, “What are you doing? You should just be a chef.” I was like, “Yeah, that’s a pretty good idea. I’ll try that.”

And now you’re running the kitchen at H2O. What inspires your menu there?
We try to walk a fine line between classic dishes and the modern, newer stuff. We have a lot of different options and ways we do that. We have weekly wine dinners [and] daily specials. We’re always playing around with new dishes. Some of the dishes have been on the menu way before I got there and they’re the staples of H2O and I don’t think they’re ever going to change.

What are some of your personal favorite dishes on the menu and why should we try them too?
[The] beef wellington. It’s the perfect classic. We do a 6oz filet mignon with a mushroom stuffing. Then it’s wrapped in puff pastry and baked off. We serve it over a bordelaise sauce [with] a creamy Brie fondue. It’s a really awesome, decadent, rich dish. The everything crusted tuna. [It’s] a 7oz portion of tuna, so the tuna is the star of the dish. The crusting is what you would get on an everything bagel. We pan sear it. It’s a really awesome flavor combination between the tuna and the crust, not the typical sesame crust that everyone and their mothers have been doing for 20 years now. 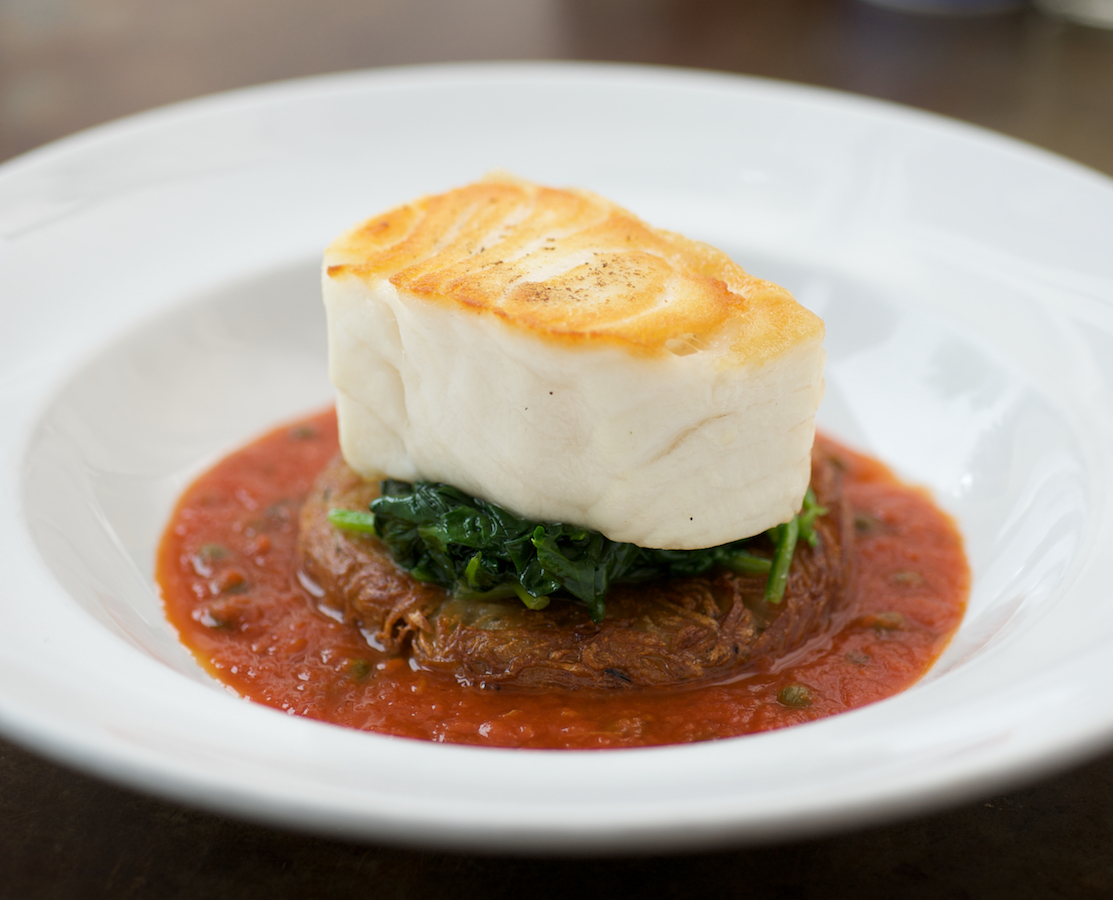 The Chilean sea bass is a staple at H2O.

At this time of year, food can be very nostalgic. What’s your favorite food-related memory?
There are certain dishes that, when you take a bite, you remember the first time you had them. We do calamari…the first time I had it, I was like 6 or 7 years old. I was going to a fish market with my dad to sell clams and there was an old Italian guy there firing up calamari. Every now and then I take a bite and get an instant flashback. Braised short ribs are another dish. It’s a labor of love. You take a lesser cut of a tough piece of meat and take the time to slowly braise it and put flavor into that. When I sit there and can just go through it with a spoon, it’s one of those experiences that reminds me of my mom’s home-cooking when she would spend all day making a meal. When you get those reminders, to me, that’s what this is all about.

What’s your favorite guilty-pleasure food?
A late-night peanut butter and fluff sandwich. It’s really bad for you but every now and then I get the hankering for it.

What are you most looking forward to about Island Tasting?
It’s an opportunity to break away from the norm, step outside of the kitchen and interact with people face-to-face. I try to pack as much flavor into the smallest bite possible and get a reaction where people’s eyes light up and they say, “What is this?” We don’t get to see that a lot in the back of the house.

Proceeds from the event benefit Island Harvest, an organization committed to ending hunger on Long Island. What makes it such an important cause?
Growing up, we used to volunteer for the Lighthouse Mission in Patchogue that fed the homeless. I went into this industry [because] I wanted to feed people. There’s people who don’t have to opportunity to go out to eat, let alone provide for their families; it’s one of those issues that hits close to home.