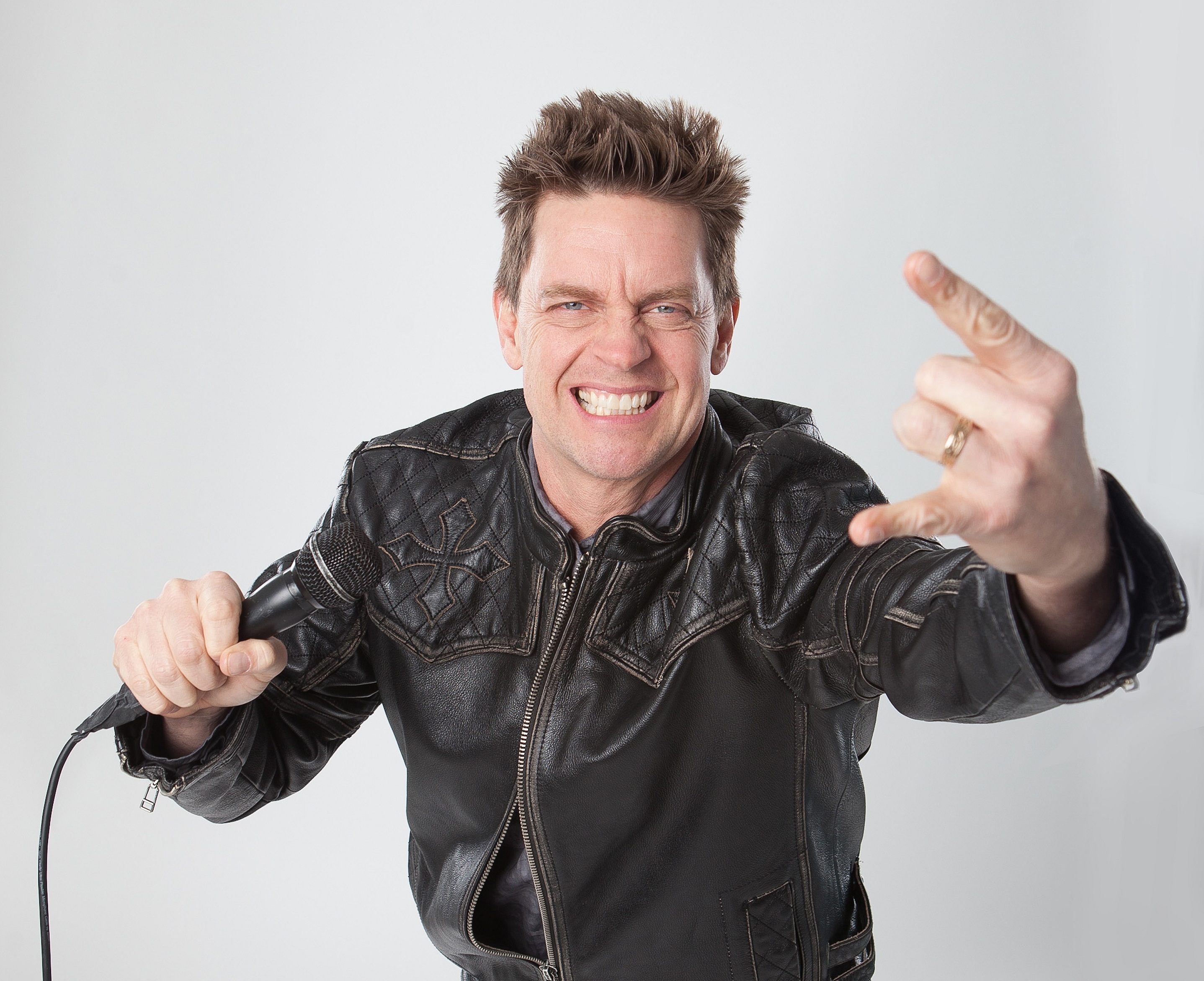 Valley Stream native Jim Breuer broke into show business in the 1990s by making people laugh. Nostalgic types can throw it back by watching old clips of him as “Goat Boy” on Saturday Night Live and in the cult classic movie Half Baked. Though it may always seem like a half-baked idea when an actor tries his hand at music, Breuer has bucked the stereotype. After incorporating his love of rock music into his stand-up act with impersonations of Ozzy Osbourne and Brian Johnson of ACDC, he came out with a heavy metal album of his own this year, Songs from the Garage. Johnson even makes a cameo.

Breuer will return home to perform with his backing band, The Loud & Rowdy, Saturday, Nov. 26 at Mulcahy’s Pub and Concert Hall. As Breuer was gearing up for his homecoming, I spoke with him about growing up on Long Island, working with Johnson and why even he was a little hesitant about jumping into music.

What was your introduction to metal?
I grew up in the MTV generation, so I was influenced by MTV and what they played. But the first time I heard Judas Priest’s “You’ve Got Another Thing Comin’,” that was the moment when it all changed. I remember thinking, “This is what I want to follow for the rest of my life.”

Why do you think you connected with the music?
That song immediately became my battle cry. I grew up on Long Island, a really blue-collar life. My dad was a World War II vet and he worked in sanitation, and my mother worked in an airport. Watching them work so hard and then hearing those lyrics—“One life I’m gonna live it up / I’m takin’ flight, I said I’ll never get enough”—gave me hope to follow my dreams. And it had this attitude, this energy that I had never heard from any other songs on the radio. It had that crunch, that riff, that chug. I got to addicted to the chug.

Also, bands like Priest and Metallica, they weren’t singing about chasing chicks. Their songs would make me think. When someone handed me Metallica’s Ride the Lightning, I completely lost my mind. I learned more about church and religion, and war and addiction listening to those bands than in school.

I read in an interview that you worked at a rock club as a teen.
A place in Elmont called Februarys, right on Hempstead Turnpike. It wasn’t a job, but I would MC on the rock nights. The owner allowed all the high school guys to come in and play, so all my friends would go and do covers of AC/DC, Judas, Sabbath. They encouraged me to go up and MC. I would introduce the bands and do my impressions of Ozzy [Osbourne] and James [Hetfield].

Were you in any bands during that time?
My friends had guitars and we messed around, but we never got past that. It was very frustrating that my friends didn’t have the same energy and desire. I started taking singing lessons, I was serious, but I just couldn’t get it off the ground. Then comedy took off so that’s where I went. But now with the Internet and social media, there are more outlets to put things like a band, and things like my podcast out there. Plus, I finally built up the confidence to do it. The album was the hardest thing I’ve ever worked on in my whole life, but it was the most fun I’ve ever had in my whole life. 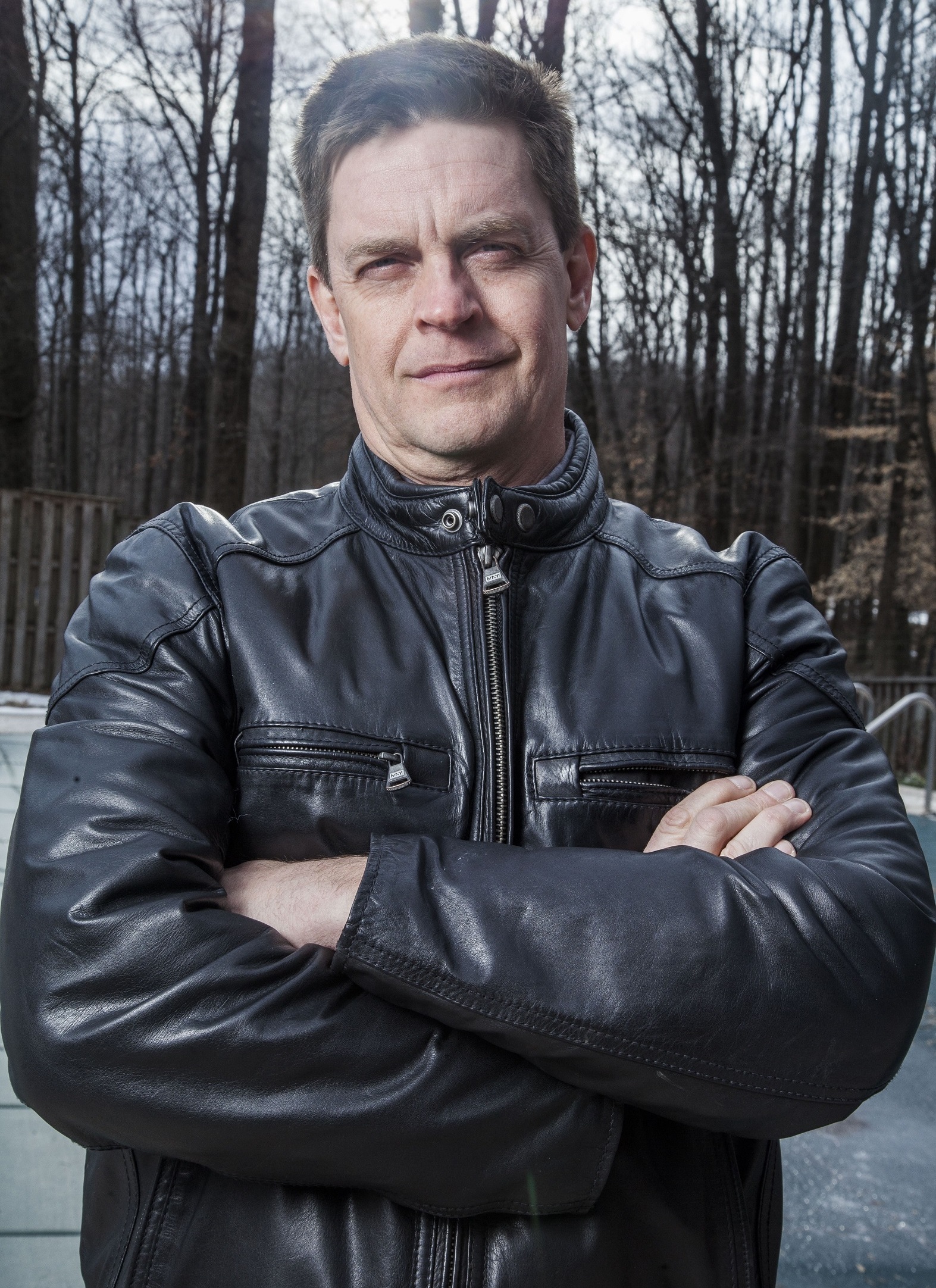 What kind of album did you want to make with Songs From The Garage?
I wanted old-school, anthem-heavy, riff-heavy hard rock. But I also wanted to put hard rock and metal back into pop culture. I don’t want to sing about horror and death. I’m married with three kids, but I also didn’t want to come off corny. I think we hit the right mix. There are a few lighthearted, funnier ones; songs like “Be a Dick 2Nite “and “Raising Teenage Girls.” But there’s some heavier stuff to bang your head at, too, like “Old School” and “Thrash.”

As someone who has had a long and successful career as a comedian, were you worried that people wouldn’t take the band and the album seriously?
A little. People know you as a comic so I’m sure at first they were like, What is he doing? But I think I pulled off exactly what I was building towards for the last 20 years. The metal community seems to dig it, which feels good.

You worked with AC/DC’s singer, Brian Johnson, on two songs, “Mr. Rock n Roll” and “My Rock n Roll Dream.” How was that experience?
Oh, man. I got a firsthand lesson on how to do IT. What a professional. And [he’s] such a smart, funny, good-hearted person. What blew me away was that he doesn’t record in a booth. He actually sat in the control room with Rob Caggiano, who produced the album, and I, two feet from us, no headphones, and he belted it out like he was on stage. It was the most amazing thing I’ve ever seen. I hope some of his presence rubbed off. [Laughs.]

Lastly, what can we expect at your show at Mulcahy’s?
It mixes both of my worlds, the stand-up and the rock, into this one awesome stage show. We introduced the new format last week in Jersey, and we’re preparing for the full production in Vegas come February. It’s a theatrical heavy-metal show that follows one man in his garage. His wife and kids are gone for an hour, and he comes to the garage where his band is, and he just wants to talk about a bunch of stuff in his life. The audience [members] are my neighbors. The audience is coming into my garage when no one else is home and I’m going to explain my life to [them]. [There will] be some funny storytelling leading into the songs, you’re not just going to see us play. If you come to Mulcahy’s know we’re going to give you something that’s funny, thought-provoking, interesting and entertaining. We’re gonna crush it.

Jim Breuer and The Loud & Rowdy will play at Mulcahy’s Pub and Concert Hall in Wantagh on Saturday, Nov. 26.