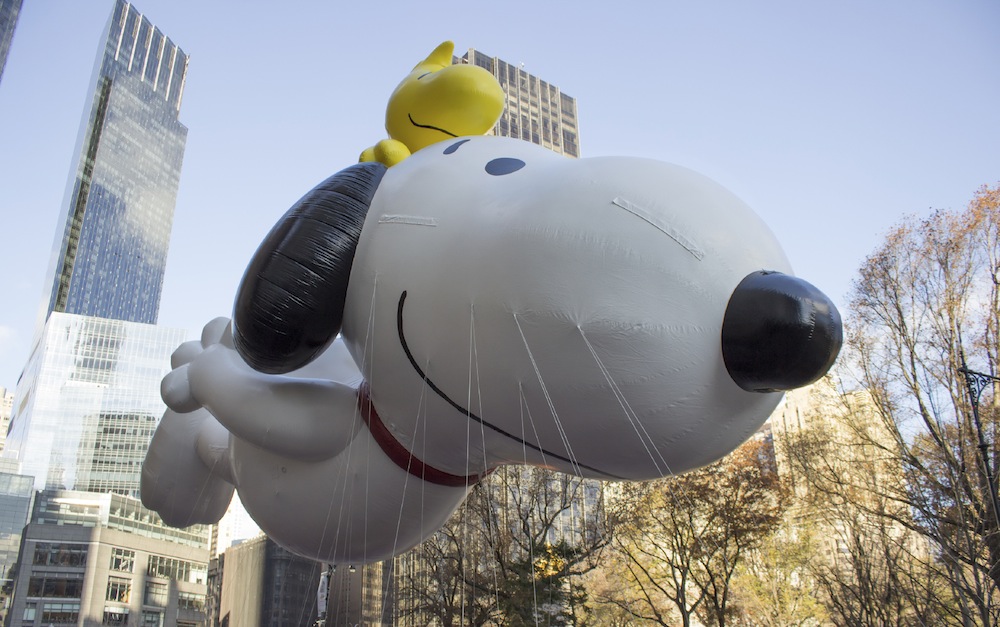 Like a human, Snoopy has undergone some serious transformations over the past 48 years. There was aviator Snoopy (1968, 1979-82 and 1985), who soared above Manhattan in a basic green aviator hat and goggles and astronaut Snoopy (1969-1978). He was an ice skater from 1987-1995 before taking three years off. In 1999, Snoopy, unafraid by talk of Y2K, made a loud return, sporting a “Macy’s 2000” horn to lead the parade in celebration of the new millennium. In 2001, his horn read “Macy’s 75th Parade” in commemoration of the 75th installment of the tradition, begging the question: Will he do the same for the 90th anniversary or will he show up with Woodstock on his head like he has since 2013? 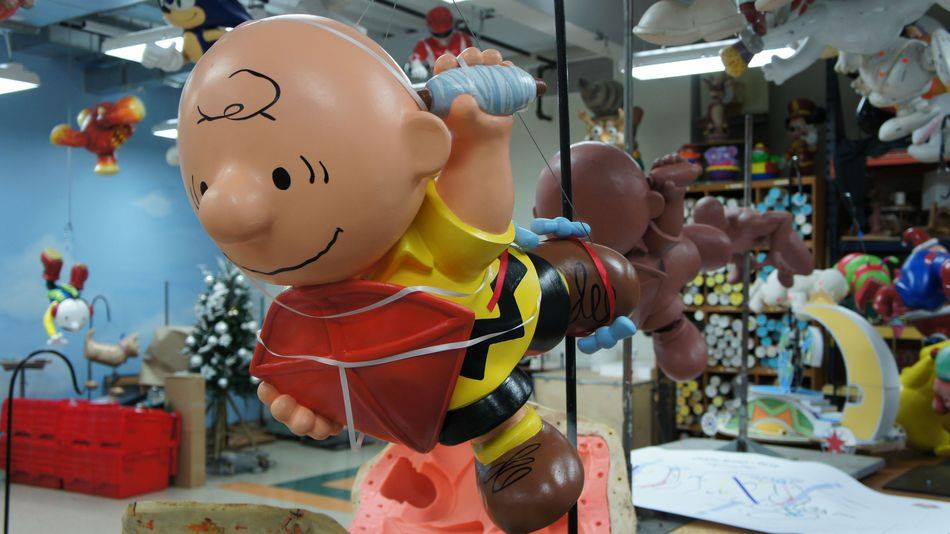 Keep your eyes peeled for the 2016 parade leader! His first appearance (and only other time leading the parade) was in 2002 as he attempted to kick the “elusive football” that Lucy Van Pelt always pulled away from him. The Charlie Brown balloon returned for the 2005 and 2012 parade, but in 2015 he appeared on a new doghouse float, to promote the 50th anniversary of A Charlie Brown Christmas and the Peanuts Movie. This year, a new Charlie Brown balloon will debut. Spoiler alert: He’ll be all tangled up. 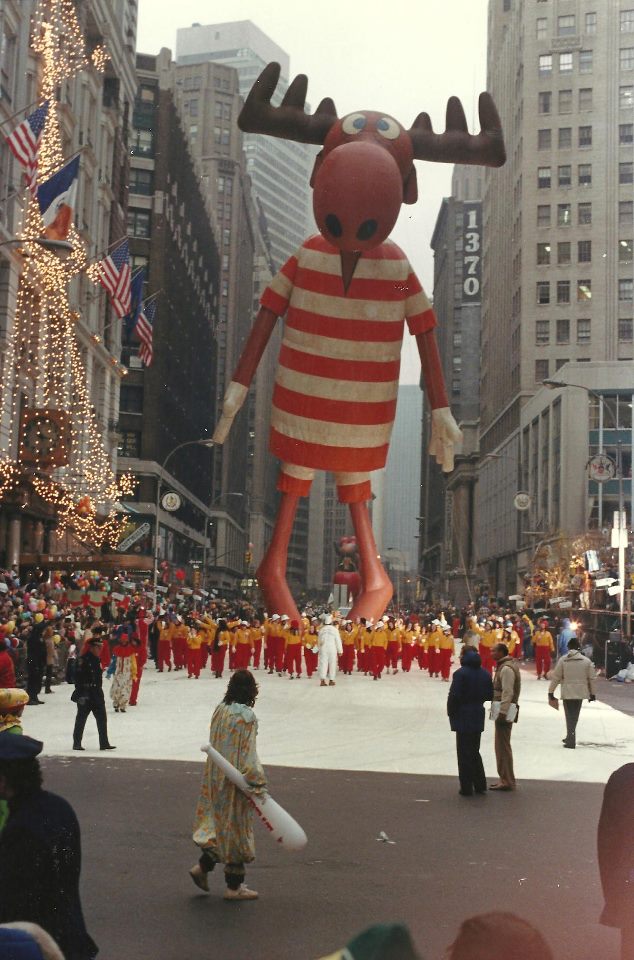 The main characters from the animated TV series Rocky & Bullwinkle served as Macy’s Thanksgiving Day parade floats until 2000, though they were always a bit unpredictable. Bullwinkle J. Moose, who first appeared in 1961, had a little wardrobe malfunction in 1982 when he sprung a leak in his nose just a few blocks before the finish line. Rocky and Bullwinkle made joint appearances in 1996 and 1999, but in 2000, it was Rocky who had a mishap. The squirrel deflated during preparation, leaving Bullwinkle to fly solo.

Dessert never looked so good. The 1986’s Ice Cream Cone balloon is 35-feet-tall, 22-feet-wide and 26 lbs. of “pure confection.” Ten balloon handlers are part of the churning process to showcase this sweet masterpiece. 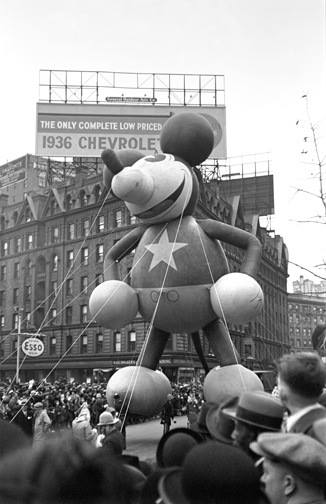 Mickey has been around for a while. The Disney mascot was added to the lineup of Macy’s Thanksgiving Day parade floats in 1934, marking the second time a balloon of a licensed character was made. In 1972, he appeared again with a bit more color, but it wasn’t until 2000 that he got his big break as the Bandleader Mickey Mouse and led the balloon lineup (unfortunately he was retired from the parade the same year). In 2005, he arrived as a mascot on a float with all the Disney characters for Disney Parks’ 50th anniversary and reappeared again in 2009 as Sailor Mickey Mouse to celebrate the announcement of the Disney Dream cruise ship, which was sent on its maiden voyage two years later.

You tell us: Did we get your favorite float? Chime in on Facebook, Twitter or in the comments below.