They are A-list entertainers and trendsetters whose names have been plastered on marquees. Others are entrepreneurs and businessmen who have fallen under the radar, at least so far. But they are all making a difference in people’s lives both at home on Long Island and around the world. Together with them, we look forward into the New Year. 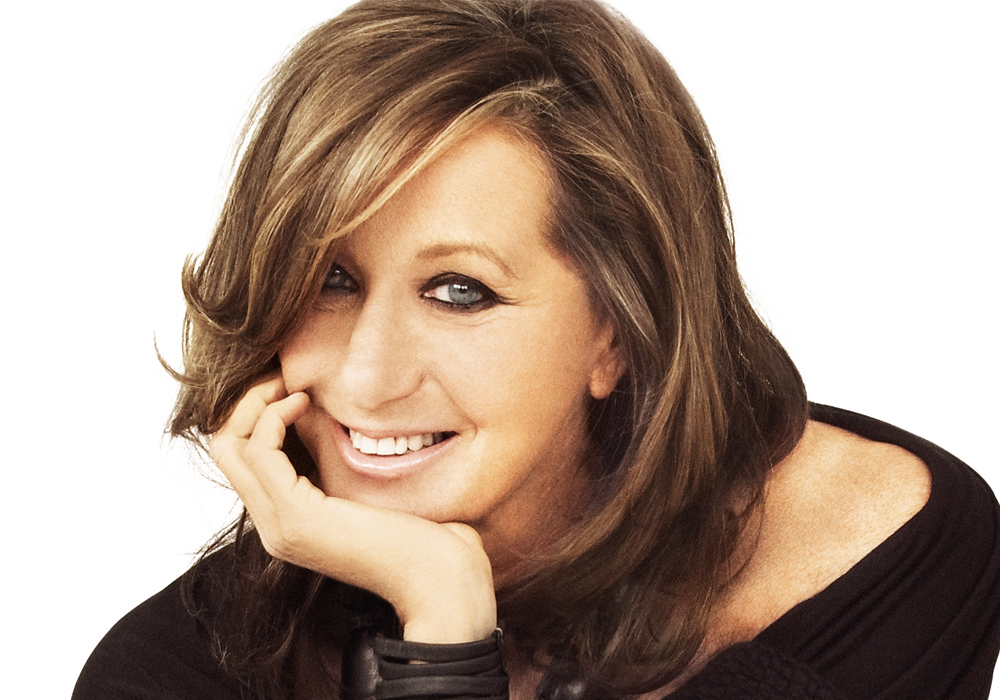 Even after stepping down from her role as chief designer at her eponymous fashion company in 2015, Donna Karan has continued to use clothes to enhance lives. Now she’s finding “the calm in the chaos of fashion” with her Urban Zen Foundation. The LI-raised designer recently expanded the brand by launching a freestanding store in Los Angeles—in addition to locations in Aspen, Manhattan, Manhasset and Sag Harbor. She successfully merges commerce with philanthropy as a portion of the proceeds raise funds for integrative wellness, education and cultural preservation.

Karan has been passionately involved in Haiti since after the earthquake in 2010, when she became a member of the Clinton Global Initiative.  “We’ve been extremely active in the emergency relief efforts after Hurricane Matthew,” Karan said, “including raising funds, organizing barges of food and supplies, and Naturally Haiti, our Haitian artisan crafts initiative.”

A designer at heart, Karan always has her finger on the pulse of the fashion world. “The biggest change in the industry is that designers are now showing clothes that are available the same day to purchase—what we call ‘buy now/wear now.’ I’ve been advocating this because that’s how we shop. It doesn’t make sense to show clothes that you have to wait months to buy.” 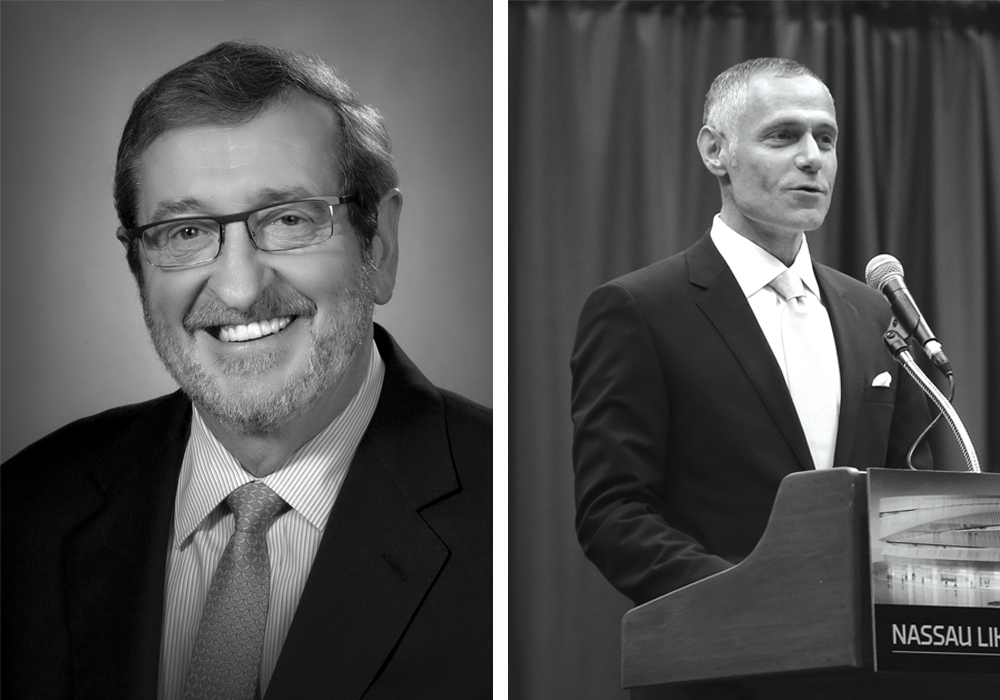 When Billy Joel takes the stage at the newly refurbished Nassau Veterans Memorial Coliseum presented by New York Community Bank on April 5, it will be the culmination of a 20-month wait for Long Island to have its largest entertainment venue back. In charge of all the revelry is one man: Brett Yormark, who oversees the business enterprise that manages the new Coliseum. And he’s excited about what’s to come. “We’re going to bring the best entertainment to the new Coliseum. [It] will mark a new beginning for Long Island’s entertainment scene, which will feature a robust programming schedule including concerts, family shows, sports, festivals and other major events.”

Since it opened in 2012, Yormark has captained all facets of Brooklyn’s Barclays Center. Aside from Joel, the Coliseum has already booked concerts with Grammy winner The Weeknd in June and Pink Floyd’s Roger Waters in September. Culinary events are also on the horizon, like Long Island Taste, which will bring “together tradition-rich culinary institutions and recently launched food and beverage providers. Guests will enjoy a wide variety of what Long Island has to offer.”

Michael Dowling has been at the helm of the region’s largest health system—which is also the state’s largest private employer, staffing more than 60,000—since 2002. In the past year-plus, he steered the company through a rebranding while adapting to changes in the industry and preparing for the institution’s future.

The year to come promises to be equally dynamic for Dowling. The native of Limerick, Ireland, was “surprised” and “humbled” to be named the 2017 New York City St. Patrick’s Day grand marshal, which he said he was chosen for because “they were looking for somebody with an accent.”

Dowling is motivated each day by the opportunity to “evolve, change and transform” the way things are done in his business. “I’m not one that likes to maintain the status quo…the whole area of telemedicine, where you can do things digitally so you don’t have to have a doctor’s visit, is in many ways democratizing the delivery of healthcare.”

As Dowling takes Northwell forward, the trick will be balancing the high tech and the “high-touch delivery of good healthcare.” 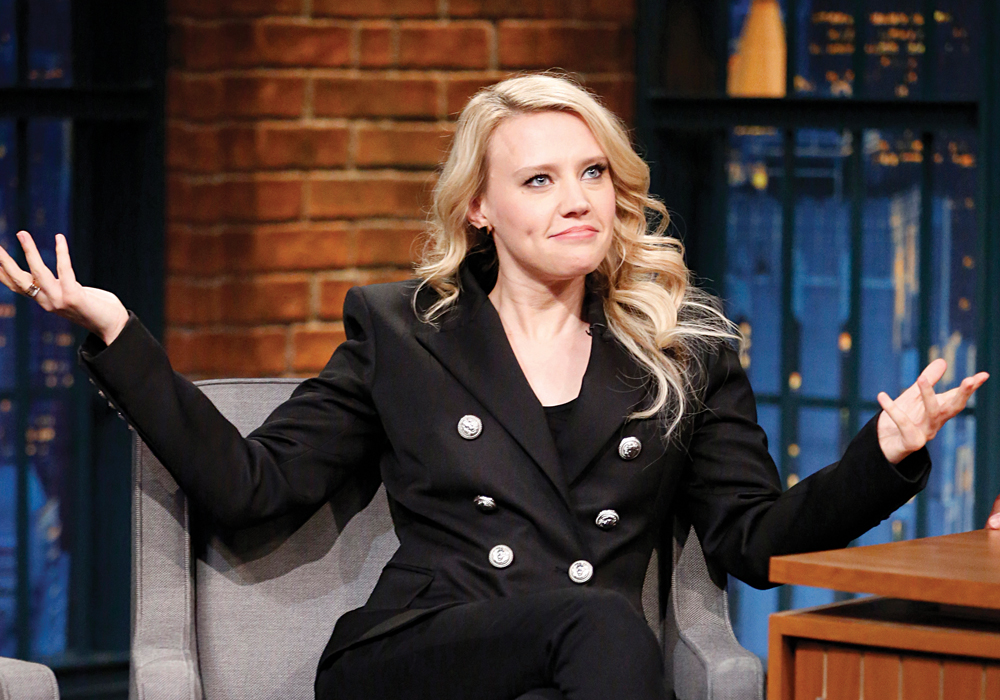 Of the more than 140 Saturday Night Live cast members since its debut in 1975, only four have ever won Emmy Awards: Chevy Chase, Gilda Radner, Dana Carvey and…Kate McKinnon.

In September, the Sea Cliff native took home the award after just four years on the iconic show. In October, she opened SNL’s 42nd season alongside fellow Long Islander Alec Baldwin in a parody of the first 2016 presidential debate. The episode received the show’s biggest premiere numbers in eight years—even Clinton acknowledged McKinnon’s impersonation of her to be hilarious.

McKinnon also starred in the Ghostbusters reboot, pulling in more than $120 million at the US box office, and lent her voice to Finding Dory, the country’s highest-grossing film of the year. She appeared in three other movies this year; her latest, Office Christmas Party, hits theaters Dec 9.

What’s up for 2017? She will continue on SNL and has booked a leading role in Rock That Body, a movie that joins McKinnon with Scarlett Johansson, Zoë Kravitz and Demi Moore in a bachelorette weekend that sees a male stripper winding up dead in a Miami beach house. It’s a romance. 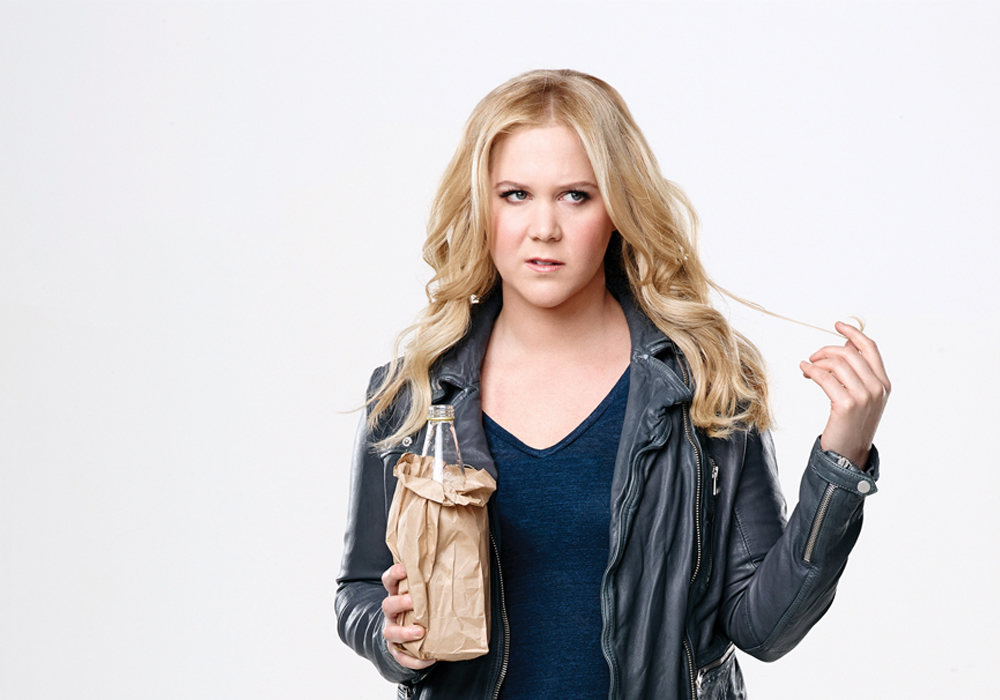 Amy Schumer is nothing if not outspoken and unpredictable. And that’s what fans love about her.

From doling out insults at celebrity roasts to delivering controversial opinions, Schumer—voted both “Class Clown” and “Teacher’s Worst Nightmare” at Rockville Centre’s South Side High School—has made a name for herself as a no-holds-barred comedienne. GQ called her the “funniest human being alive” crowning her 2016’s Woman of the Year.

Whether it’s on the comedy stage, silver screen or television, the Trainwreck star will no doubt continue to capture the public’s attention. In 2017, she’s set to star alongside Goldie Hawn in a still-untitled comedy which she also co-wrote. And other projects she is producing are in the works. Pulse also has it on good authority that Schumer will continue as a brand ambassador for Long Island, having her lower back tattoo touched up in preparation. 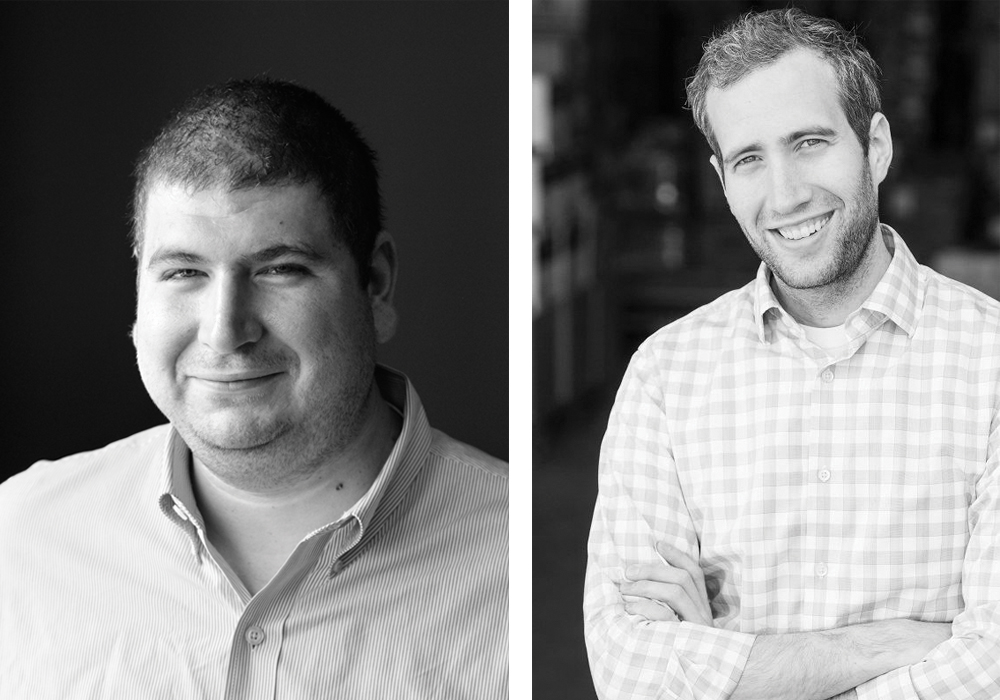 The online grocery industry is booming to the tune of billions of dollars and two Long Islanders are taking their bite of the pie. Jeremy Reichmann and Seth Yanofsky founded Tal Depot in 2012. Three years later, the Cedarhurst-based company reported nearly $15 million in revenue, an almost 7,000 percent growth increase since its launch.

Those numbers were good enough to place Tal Depot at No. 30 on the Inc. Magazine 2016 list of the 5,000 fastest growing US companies. “Buying your non-perishable groceries/essentials online just makes sense,” Reichmann said. “It’s cost effective, easy, time saving and you will get the freshest product available.” By carving out its place in an emerging market, Tal Depot is set to have a big 2017. Reichmann stated that the company plans “on adding 5,000-10,000 [items] to our catalog, branching out into strategic and related categories and introducing some services that are new to our industry.” 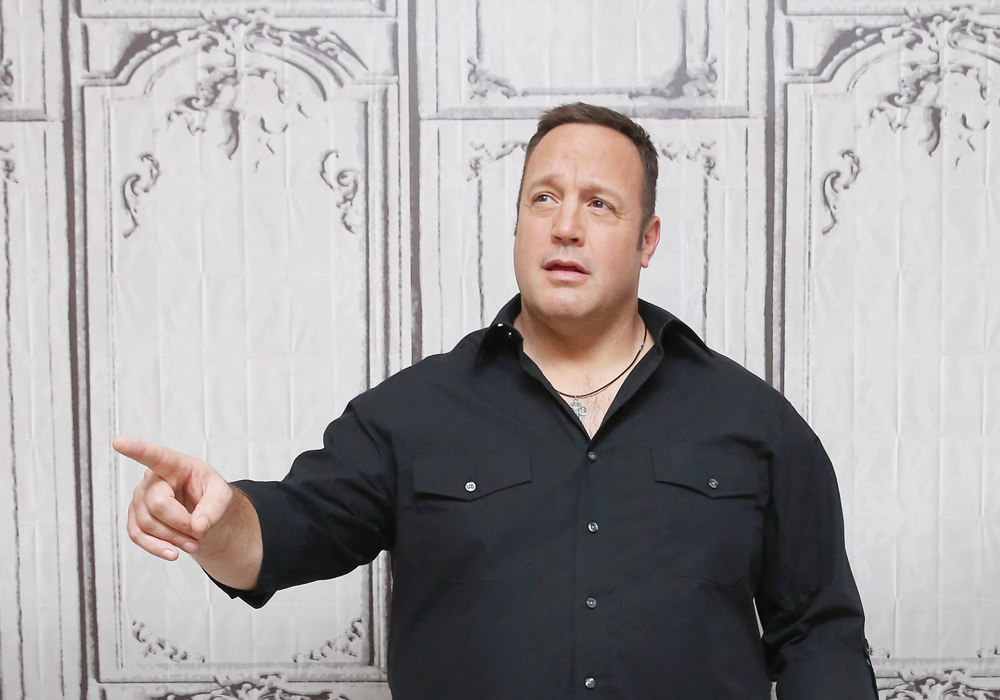 When Kevin James returned to television this fall with his new family sitcom, Kevin Can Wait, he established just how viable a Long Island base can be. Not only is the CBS comedy the first primetime network series to be filmed exclusively on Long Island, it is an instant hit with fans across the country. Entertainment Weekly recently reported it is among the top five most watched new shows of the 2016 fall viewing season.

Filmed at Gold Coast Studios in Bethpage, James said all along that the show, which centers on a Massapequa family, needed to be filmed on Long Island. Not even a nearby Queens studio would suffice. “I said, ‘If I can do my show on Long Island, then I’ll do it,’” James told the AP. “We want to make Long Island a character in the show.” That shouldn’t be hard.

And it’s working. CBS readily picked up Kevin Can Wait for a full season, meaning there will be more episodes in 2017. Somehow he’s fitting this all into his busy schedule, which includes being an international assassin and a fiction writer (look for his True Memoirs on Netflix). We hear he will also star on the big screen alongside Adam Sandler in next year’s comedy, Sandy Wexler. 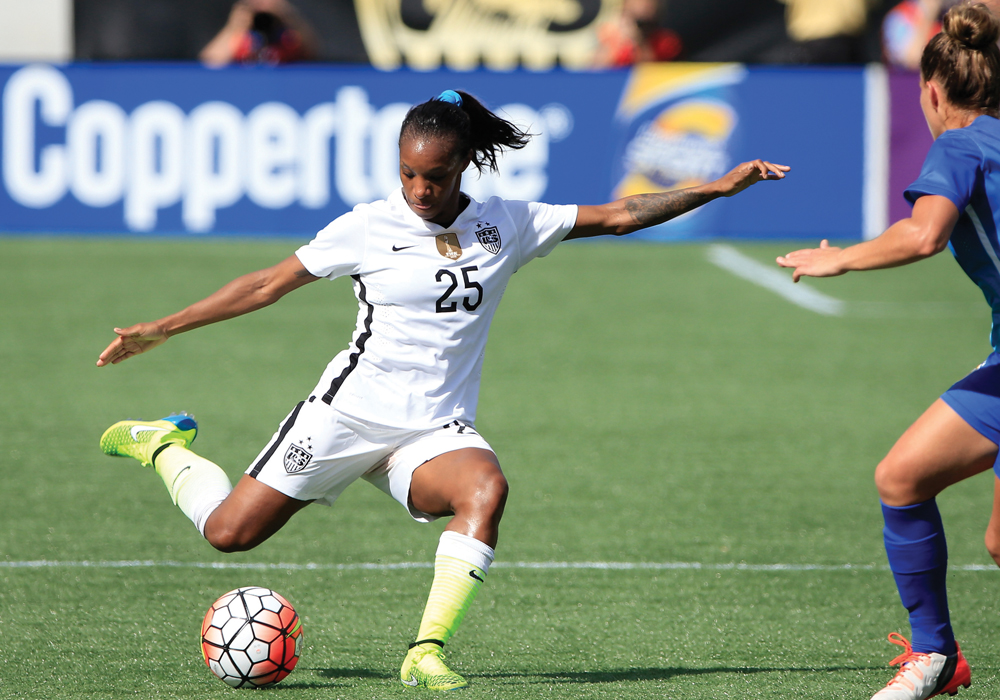 It’s been a roller coaster few years for Rockville Centre’s Crystal Dunn. In 2015, as one of the country’s best young soccer players, the championship winning South Side High School alum was in contention to make the team that would go on to win the World Cup. Instead, she was one of the final cuts. But she went on to lead the National Women’s Soccer League in scoring en route to being named MVP. And this year, she made a more important cut: the Olympic team, playing in all four of the US’s games and notching a goal.

“[2016] was a big year for us to step into because we had so many people retire, so many key players had left the team. It was a year that was definitely going to be about putting pieces together.” And Dunn is one of those key pieces set to lead the team into the future. She finished 2016 third on the US team with 14 goals during the year. She also helped lead her club team, the Washington Spirit, to the championship. In 2017, she’ll look to help the Spirit take the crown in the burgeoning league. “Women’s soccer has come a long way…I’m super-excited about it.” 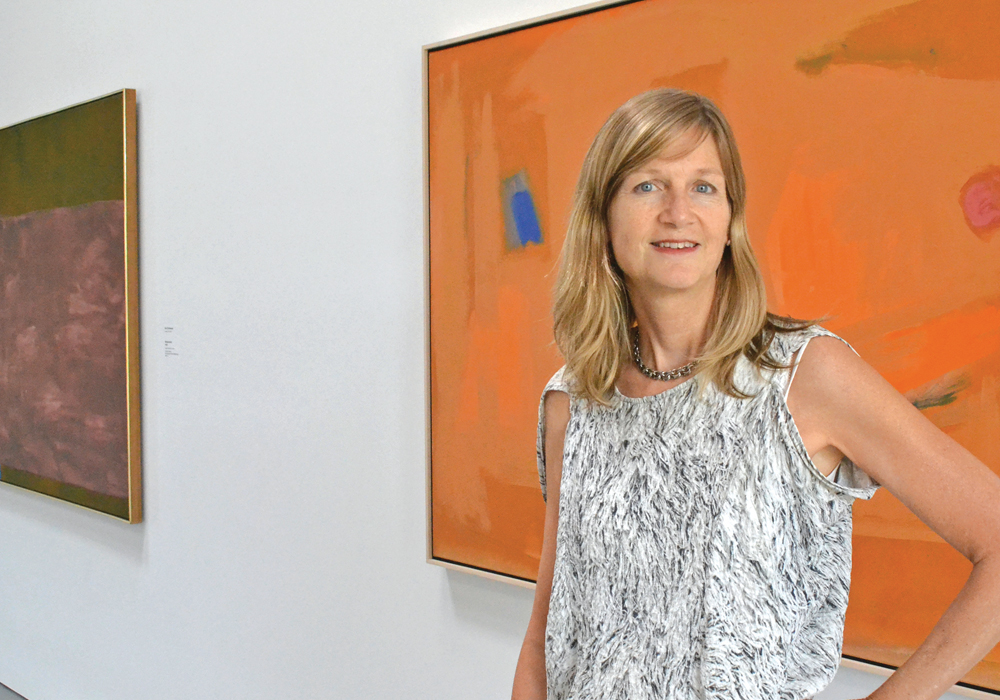 The creative force behind some of the New Museum of New York’s most groundbreaking initiatives, Corinne Erni, was recently named Parrish Art Museum’s curator of special projects. Erni’s nearly 20 years of creating game-changing programs that engage communities locally and resonate globally, including her work spearheading New Museum’s IDEAS CITY (highlighting the importance of art and culture in American cities) positions her to bring international flare to Water Mill. “I think this is a pivotal time for the Parrish to play an ever greater role in connecting the East End to an international arts community,” she said.

Erni’s vision is to expand Parrish’s programs to speak to pressing local and global issues including climate change. “Art touches people at another level and allows them to see things differently; I see art as a connective membrane to think creatively. This can be an invigorating dialogue and an uplifting process, and that’s what I intend to do at the Parrish in the face of a very serious problem.” 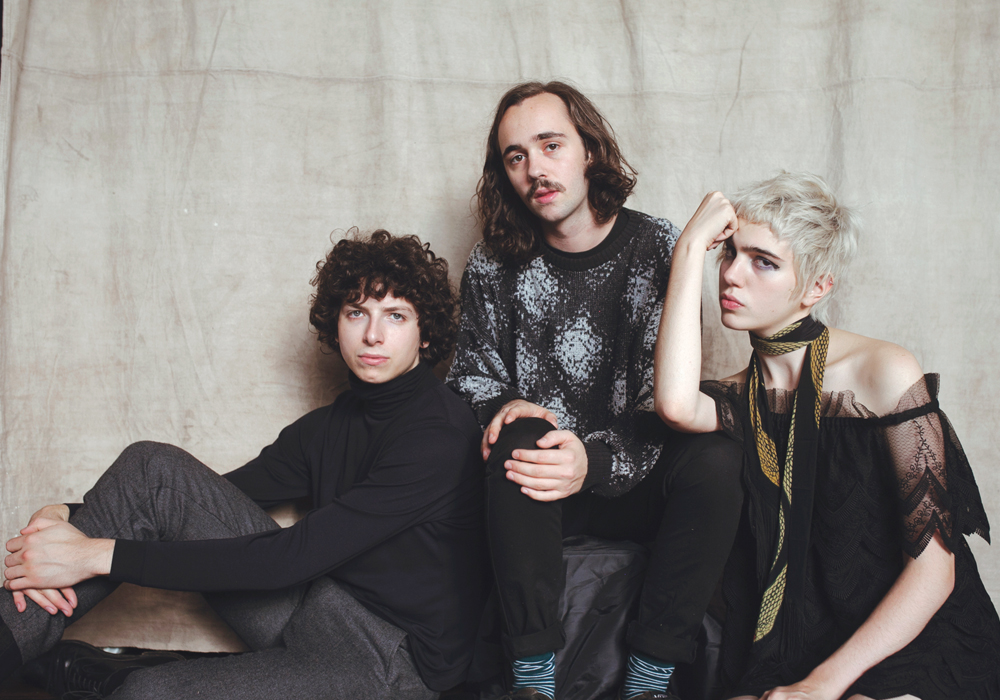 When Rolling Stone gives an album a four-star review, it’s a big deal. When it’s a debut album, it’s time to take notice. When it’s a debut album from a trio of kids barely old enough to vote, it’s something very special. That’s the case with Sunflower Bean. The local band—Long Island natives Nick Kivlen and Jacob Faber, and Manhattanite Julia Cumming—took the music world by storm with their debut release Human Ceremony in 2016.

In its review, Rolling Stone—who referred to Sunflower Bean as “NYC’s coolest young band”—said listening to the album “is a bit like flipping through some smart stoner’s impeccably refined record collection. All the correct drone-rock references are present…Sunflower Bean take these influences and shapes them like Silly Putty into sweet, ingenious psych-pop songs.” Since the album’s release, the band’s been on a North American tour and even played a gig at the prestigious South by Southwest music festival in March. In 2017, the rockers are extending their time in the spotlight with a performance at Lollapalooza.