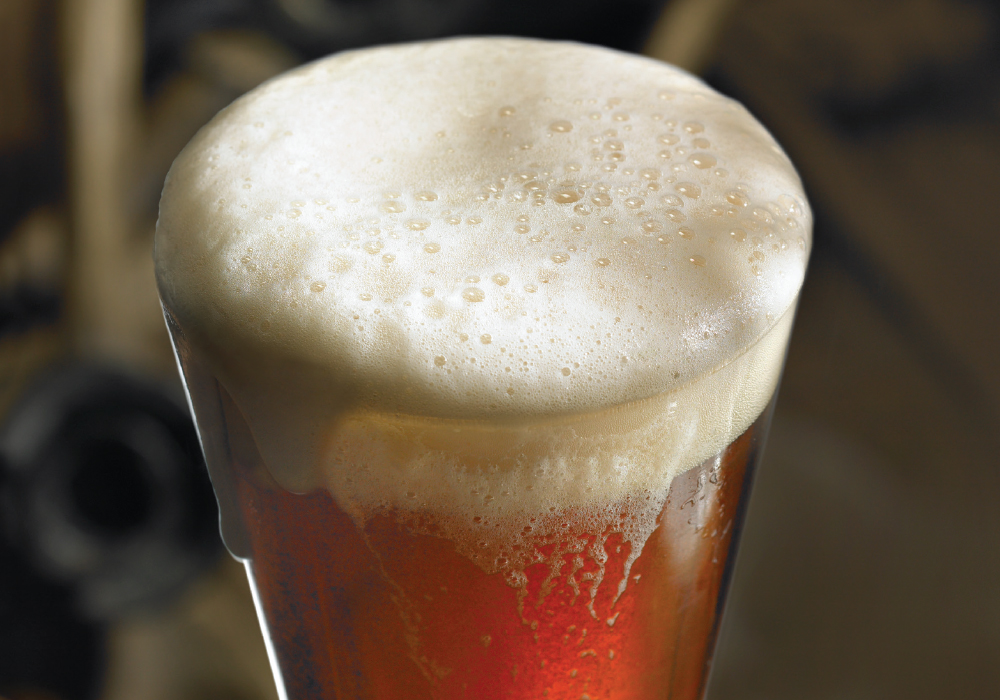 As winter’s inevitable arrival (and likely onslaught) approaches, we recommend burrowing deep into New York’s burgeoning beer scene for some warmth. These five locally-made brews are seasonally appropriate antidotes to help us beat the ’brrr, as told to us by their creators.

What is it?
A really rich, robust porter. We designed it to be like having a cappuccino and a slice of tiramisu mixed together in a glass.

What inspired it?
I was watching a cooking show and the host mentioned that nothing was better at the end of the day than a great cup of cappuccino and a slice of tiramisu. For some reason our most popular beers have always been the darker, dessert-style ones. Something clicked inside where I wanted to try to make this combination of flavors and experiences come alive as one.

How’s it made?
There’s a lot of dark, roasty malts added late in the mashing process to give a rich black color without any astringency. Cold-steeped ground cappuccino beans were put in at the end of boil to give strong flavor and aroma without any bitterness, lactose for some sweetness to the finish along with a small amount of spices. And then cocoa nibs during late fermentation with a special treat: ladyfingers I soaked in dark rum.

Tasting notes?
Rich chocolate and cappuccino flavor with the aroma matching. A thick, sticky mouthfeel, almost velvety on the tongue. Notes of rum with a nutty-sweet finish.

What is it?
According to Lauri: A strong, warming Scotch ale brewed with rye.

What inspired it?
A Christmas Story rules Lauri’s family in the month of December. Christmas Eve there’s a 99.9 percent chance you get kicked out for interrupting the 24-hour marathon even if we’re several viewings in. Lauri and her sister home-brewed a rye beer with the same name for Christmas one year. When she and I opened the brewery, we knew we needed to make it a regular winter release. It always kicks off in the tasting room with the lighting of the leg lamp and putting out an almost life-size cutout of me [Matt] in a bunny suit.

How’s it made?
Four different types of rye: malt, flaked, crystal and chocolate. Brewing with rye is a sticky process. The mash can turn into “oatmeal” real quick and then you’re screwed. Lauri and I used to use more flaked rye and no malted rye, but it broke our old brewing system multiple times. After that I reformulated the recipe with rye malt; it’s a little more forgiving.

Tasting notes?
A good amount of chocolate and roast character, but not as much as in a stout or porter. The rye gives a good amount of spice and the flaked rye gives a silky mouthfeel. Fruity esters from the Scottish-ale yeast being fermented at a higher temperature round out the palate.

What is it?
A Russian imperial stout. Big, bold, badass.

What inspired it?
This leans more toward my original homebrew recipe for another stout we make, Boris the Spider. I went with the Jr. tag for this because I picture a big Midwestern football-playing kid hulking over his smaller father.

How’s it made?
Three different types of chocolate malt, two different Munich malts, oats, barley and wheat. Plus a few other malts to round it out. When we’re making this, the mash is overflowing.

Tasting notes?
Both Borises have the full mouthfeel; the deep-roast character and dark chocolate and coffee notes typical of imperial stouts. But for Jr., I smoothed out the roast, cutting some of the smokey coffee undertones. It’s also a little sweeter, and the alcohol is well hidden.

What is it?
A big, fruity, spiced Belgian-style quadruple.

What inspired it?
I love Belgian abbey ales; the Rochefort 10 is one of my favorite all-time beers. There’s really no reason to copy a perfect beer, but I wanted to make something that had the Rochefort’s depth of dried-fruit flavor and then add some complex spice to the mix for a bit of savoriness.

How’s it made?
It starts with a base of Belgian pilsner malt. Then we add a bit of wheat and some Special B malt, which is how we start to build the dried-fruit flavors that are critical to the style. A good bit of the flavor and deep rich color is provided by Belgian-style candi sugar that we make here at the brewery. It takes nearly a day to get the candi sugar cooked to the correct color and flavor; you can smell enticing notes of cherry, dried plums and dates wafting from the lava-like sugar. The other important thing the sugar does is allow the beer to be really dry because it’s 100 percent fermentable.

Tasting notes?
Lots of dried-fruit flavors, notably raisins and plums with some background cherry. The spiciness we get from the black pepper, grains of paradise and star anise lend a deep and elusive complexity to the fruitiness of the fermentation.

What is it?
A brown ale that uses a fall harvest of mint leaves and a dash of cocoa nibs as differentiators.

What inspired it?
Brewology, the restaurant, has been doing a series of house beers named after different philosophers. We worked with them on their summer batch, Socrates Summer, a blonde ale with honeydew. This time, they requested a good fall/winter beer that wasn’t a “pumpkin something.”

How’s it made?
We used whole mint leaves chopped up late in the boil and also added a little mint extract late in conditioning. We kept it light, keeping in mind balanced flavor.

Tasting notes?
The mint is subtle, more of an aromatic experience, fresh but not overpowering. The cocoa nibs add that touch of chocolate that complements not only the brown but also the mint. Overall we wanted this to be a refreshing alternative to some of the other fall and winter beers out there.