Back in the day, quite a few punk rock bands made it a point to voice their political beliefs in their songs’ lyrics–the Clash, the Dead Kennedys, the Bad Brains, MDC, etc. But as punk rock became more singsongy during the mid-late 90s, this approach became less common. Pittsburgh punkers Anti-Flag is a noticeable exception, as evidenced by such album titles as Die for the Government and The People or the Gun.

The band’s singer/guitarist, Justin Sane, recently spoke to Pulse, and is especially looking forward to when Anti-Flag hits Irving Plaza on Dec. 17. “Our goal at the end of the day is for everyone to have a good time. We do our best to create a space where everyone has an equal opportunity to have a good time.”

Anti-Flag’s last album, American Spring, came out in 2015, yet the band is touring in December through February.
The band is always touring. We’ve been touring since we were 16 years old. It’s really just a way of life for us and Anti-Flag–playing punk rock shows and traveling around the country and the world, and trying to connect with people through art and music. And I think that is what really feeds us as human beings, and connects us to the world. So, it’s not so much about having a record out as it is really just what we do and what we enjoy doing.

Is it safe to assume that the results of the recent U.S. presidential election will reflect in the lyrics of the next Anti-Flag album?
Yeah, I think whether it was Hillary or Trump, we knew that we were going to have an enemy; that we were going to have a president who supported the kind of neo-liberal economics that we stand against; that regardless of Donald Trump’s rhetoric or Hillary Clinton’s rhetoric, both of these people are corporate America’s poster child[ren]. They’re both very close to corporate America and Wall Street. And we were very well aware of that, and regardless of their rhetoric, that doesn’t change just because they become president. And we’re a band that sings about what’s happening in our world in the present day, and make our record based on what we see happening above us. So yeah, definitely that will be a topic that we will address in our music. 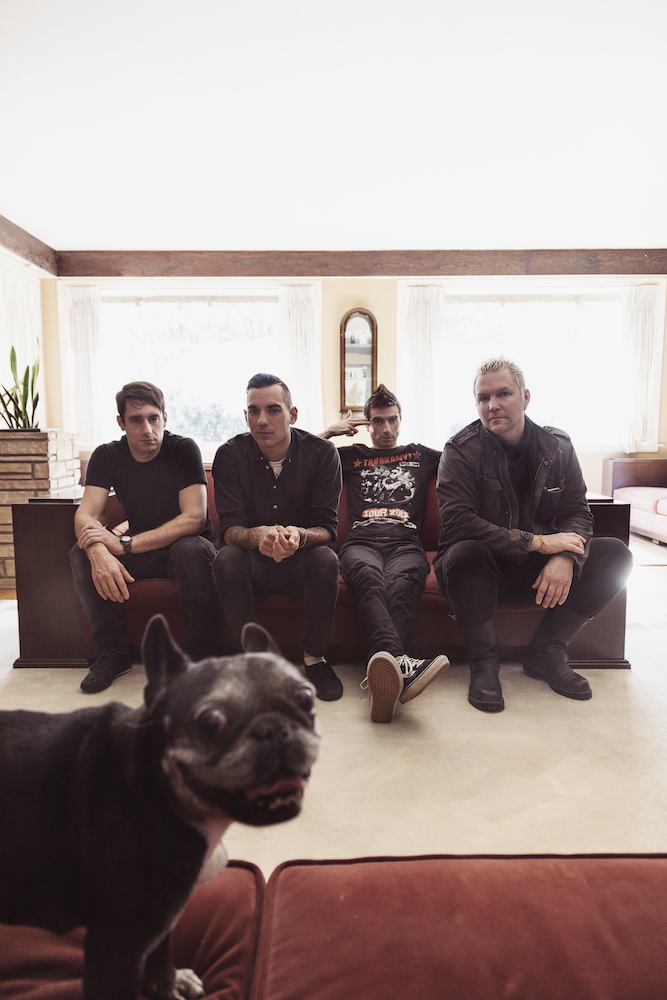 You have worked in the past with Tom Morello. Do you feel you found a kindred spirit in Tom, in terms of political views?
Sure, absolutely. Tom’s a friend and someone that we often–individually and collectively–connect with. I think Tom is really smart in the way that he looks at things, and definitely a kindred spirit in the way we see the world.

Do you feel that more music artists should voice their political beliefs?
I think what we see with this election is a lot of people who wish they had and didn’t. It’s really interesting to me when someone like Donald Trump is elected president, there’s always this kind of remorse from people, wishing that they had said something. And we’re seeing a lot of that right now. [It’s] interesting that a lot of musicians and different people that I’ve known over the years have been contacting me and saying, “What can we do?” Well, it’s a little late. You’re a little late to the party. Not to say that there isn’t anything that we can’t do, but the point being I do think that there is a space for people to voice their political viewpoint more often than they do. And I think it is unfortunate that a lot of artists fail to do that.