It seems like eons ago when the prevailing philosophy among rock ‘n’ rollers echoed The Who’s “My Generation:” Hope I die before I get old. For musical artists coming of age in the 60s, the majority viewed their career as a young person’s vocation; an arena where those over 30 had no destination other than the proverbial Old Folks’ Home. These young Turks—the ones who survived—grew to realize something that jazz musicians have long since known: music is a life blood that provides perpetual youth to those who embrace it. At 75, David Crosby is the living embodiment of this truth. The co-founder of seminal 60s group, The Byrds, and the “C” in Crosby, Stills, Nash (and sometimes Young) is in the midst of a late-career blossoming, writing prolifically on his own and with others, singing the songs in a voice that defies time. His newly-released album, Lighthouse, distills a powerful blend of soul medicine that is instantly captivating, utterly entrancing, inviting the listener on a journey through the mind, heart, and soul of a man who is, ironically on so many levels, younger than yesterday.

Lighthouse is being hailed by fans and critics alike as Crosby’s best work since 1971’s If I Could Only Remember My Name. Currently on the road to support its release, Crosby is traveling with collaborators Michael League of Snarky Puppy fame, singer-songwriter Becca Stevens, and singer-songwriter Michelle Willis. The tour concludes on Dec. 15 at The Town Hall in New York City. Calling from his tour bus on the afternoon following opening night, David exuded warmth, friendliness, and youthful excitement.

How was opening night?

It was fantastic! It was so exciting you couldn’t believe it, because I was just nervous as a fucking long tail cat in a room full of rocking chairs… The first set that we did had three songs in it that nobody had ever heard before. So, I was scared, I’ll just come right out and say it: I was scared. But what happened is, with these three other people who are all much younger and, if anything, better than I am, they are inspiring, and the music is inspiring, because it’s all stuff we really love. It was one of those sweet Atlanta audience that loves songs, and they encouraged us, and we went for it, and it was—I’m going to be completely immodest here—pretty spectacular. We were giving high fives and whooping and hollering when we came off. 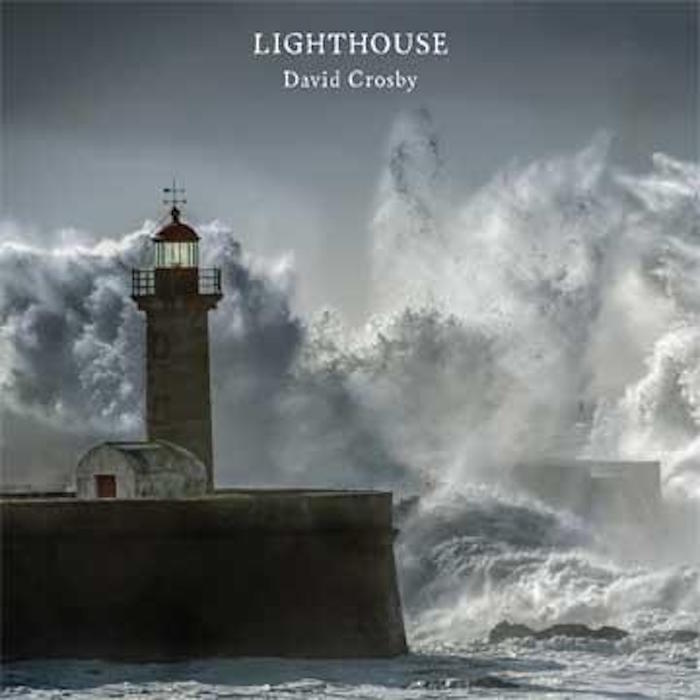 I wanted to congratulate you on Lighthouse. Since the album has been released, it’s been my constant companion.

There’s such a warmth and honesty to this record; the term that I’ve come up with for it is soul medicine.

You have described the album as a voyage, which ironically is the title of your boxed set. How did this journey materialize?

This song rush started about three years ago with writing with my son, James Raymond, for that album Croz. Now, normally I write a little bit, then I have a dry spell, then I write a little bit, and have a dry spell. Back in the old days when I was a doper, I would get maybe two or three songs a year. Now, I’ll tell you what happened. I got into a kind of happy place. I’m happy with my family, I’m happy with the work I’m doing—I’m happy.

I know that you’re friendly with Neil deGrasse Tyson. When I heard “The Us Below” I had the image of the two of you sitting around, and this song coming as an inspiration from a particular conversation.

You know what? It should be; you’re right. I am a huge fan of Tyson. He’s the voice of science to people for whom it’s kind of a distant idea. I love him for that…but that (song) came from Michael’s crazed and fertile mind. 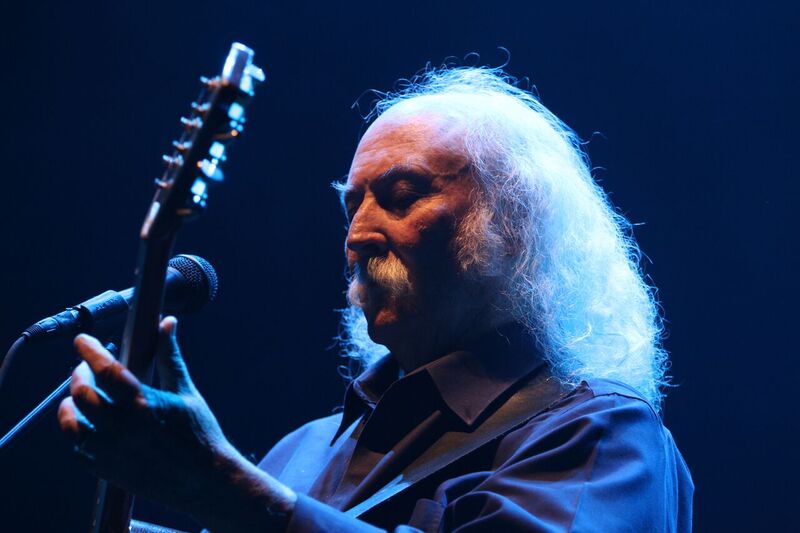 Two of the tracks deal with more of a social-political commentary: “Look in Their Eyes” and “Somebody Other Than You.” Given today’s world, do you see music playing the kind of role for young people as it did back in the late 60s, early 70s, in terms of raising social-political awareness, serving as a rallying cry of sorts?

I see that happening again. When you have egregious wrongness, when you have really bad times, that’s when you get the really good songs about it. Neil (Young) wrote “Ohio” because America started killing its own children. It doesn’t get worse than that.

Focusing on this period of musical vitality, how does this feel for you compared with when you were 25?

(At) 25, it feels kind of like that. At 45, nooooo… I was a little distracted [chuckles]. It feels pretty exciting, but I’ll tell you the truth, and it doesn’t make any sense in terms of what we know about aging: This is probably the best period I’ve ever had. It’s probably the densest, longest, richest songwriting period of my life.

So, I guess the phrase “younger than yesterday” might come into play here…