When David Ceely gets to his office at Little Shelter Animal Rescue and Adoption Center in Huntington, he is greeted with wagging tails and puppy kisses. On the six-acre North Shore property, dozens of fluffy four-legged friends chase after Frisbees and tennis balls. Others are out for morning walks and still more are cuddled up inside kennels. Rows of cages and crates serve as the temporary home for the nearly 75 dogs awaiting adoption. They, along with the nearly 400 cats living in the free-roaming cattery down the hall, are all under the watchful eye of Ceely, the shelter’s executive director.

From making connections with local municipal shelters to saving animals from being put to sleep, Ceely’s love for animals and commitment to Little Shelter Animal Rescue has no bounds. He, along with a small staff and nearly 200 volunteers, make miracles happen. 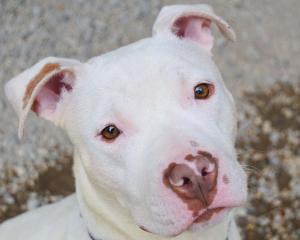 “To see an animal who is really staring down the barrel of a gun go into a forever home and be happy, that’s really the best part of the job,” Ceely said. It’s why he does what he does. Saving an animal from euthanasia gives them a second chance and allows local families the opportunity to open their homes and their hearts.

It’s what gave Shiela, a 16-year-old Schnauzer, another shot. After being surrendered by her family because of a medical issue, she was just moments before death when Little Shelter stepped in.

“They were literally going to put her to sleep in about 10 minutes, but we were there that day, so we pulled her,” Ceely remembered.

Volunteers brought the dog from the high-kill shelter in New York City to the safety of Little Shelter Animal Rescue. The shelter’s veterinarian and medical technicians treated her and she was adopted soon after. Stories like Sheila’s have made the private, no-kill shelter a part of the Long Island community since 1927. 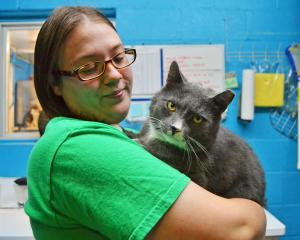 The shelter, which is funded mostly through community donations and is known for being Suffolk County’s first humane society, mostly rescues animals from overcrowded high-kill shelters on Long Island and in New York City. “But, we feel we also have a responsibility, since we’re capable of doing it, to help animals across the country,” Ceely explained. Little Shelter Animal Rescue extends its services to shelters and humane societies in Alabama, Texas and Tennessee. The organization also pulls dogs from areas in Asia where the slaughter and consumption of dogs is celebrated.

Once at the shelter, all the animals are fed twice a day. The dogs are walked, socialized and cared for by vets. Adoption counselors meet with the public daily to help match animals with families.

“The animals get to be with us until we find their forever home,” Ceely explained. “There’s no time limit for us.”

Even with no time limits, adoptions happen regularly. But, when they don’t, the shelter has another option for overlooked pooches—a sanctuary. Located just north of Binghamton, it houses about 17 dogs on a 110-acre property. They’re treated like royalty, each having a private room with televisions, couches and enclosed backyards.

“They get to live out the rest of their lives up there, with 24-hour care, just like regular pets,” Ceely said. “It’s a home-like environment for the dogs that get overlooked—it’s beautiful.”

It’s the life they always deserved.