Walking into Memphis Does Hanukkah, a new exhibit at the Jewish Museum in Manhattan, it’s easy to be immediately drawn to the object behind glass right in the center: Peter Shire’s Menorah #7.

Constructed in 1986, the functional menorah looks far different than traditional ones with its vibrant colors and unconventional shape. The difference is emphasized when circling the small room and looking at the other lamps in the exhibit, such as “CandelabrAgam” by Yaacov Agam and the one gifted by Dr. Harry G. Friedman. But, if you’re familiar with the Los Angeles-based artist and his work for Italian design group Memphis (active from 1981—1987), then Menorah #7 makes perfect sense. 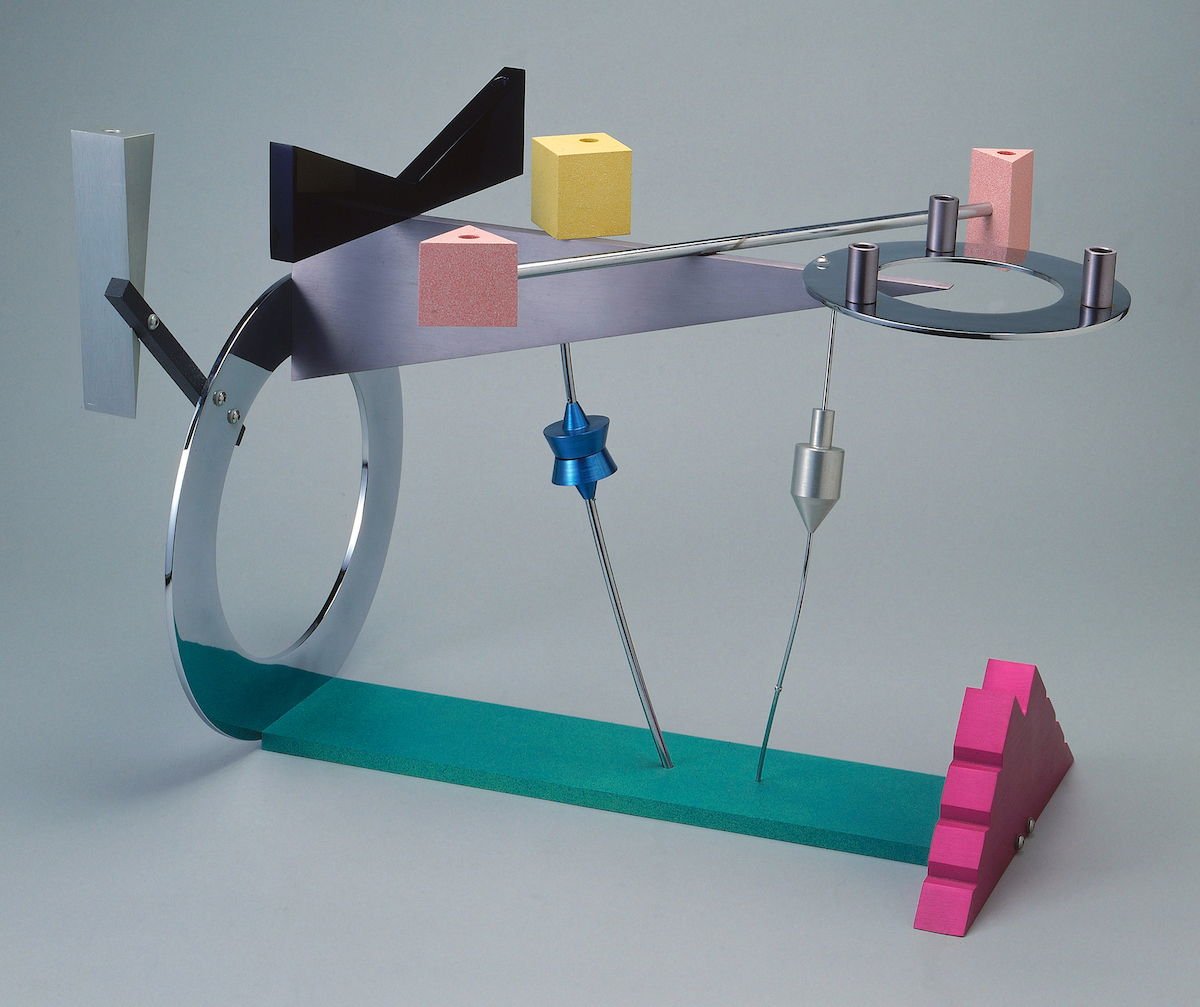 “So much of what Memphis was about was rethinking tradition, sort of rebuking a lot of orthodoxies that were prominent in design at that time,” said associate curator Kelly Taxter, who curated the exhibit as part of the museum’s Masterpieces & Curiosities series. “I think Peter brought all of those thoughts to this object, which are unusual use of materials, a very extrapolated form for the menorah itself, which a lot of people imagine as being a series of candles in a straight line.”

Walking through the exhibit, it’s also hard to escape Memphis’ influence on mainstream culture, notably in the 1986 film Ruthless People starring Danny DeVito. A scene featuring DeVito walking through a room filled with Shire’s furniture (shown in the video below) plays on a TV hanging on the wall.

Aside from several more of Shire’s pieces, Memphis Does Hanukkah additionally displays work from other Memphis designers, as well as objects from the Jewish Museum that help to complete the exhibit. 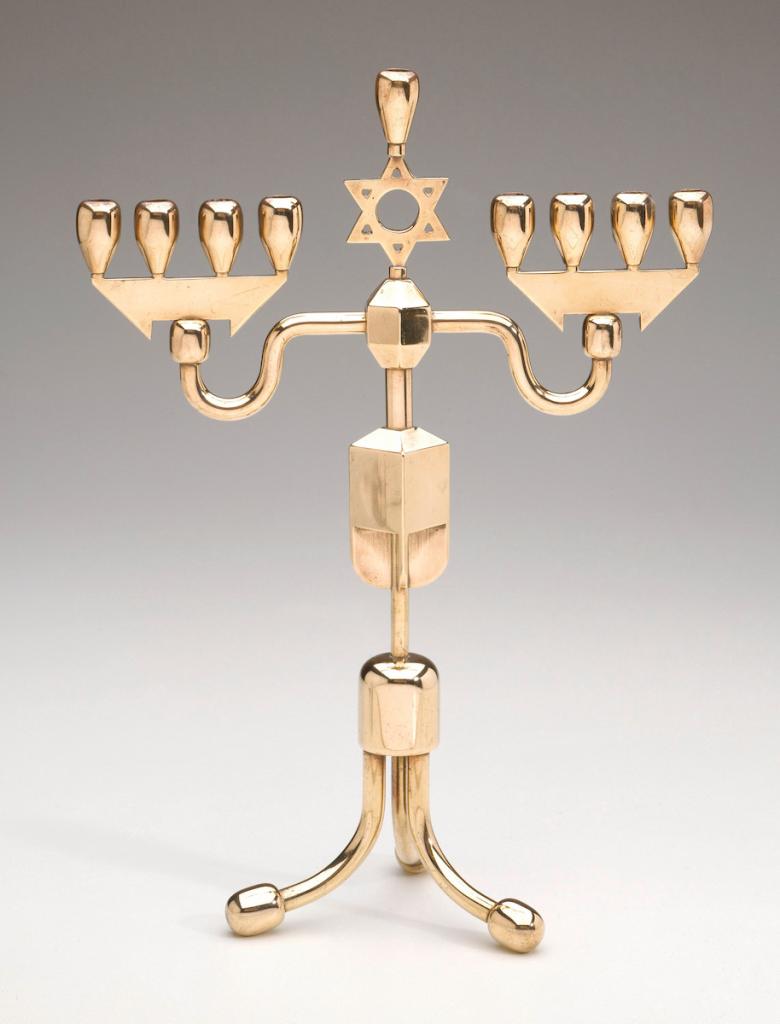 The museum aims to do the latter with the Masterpieces & Curiosities series, which runs from 2013 to 2017 and brings close attention to special and diverse artworks. The series enables visitors to catch a glimpse of some of the items sitting in the museum’s massive storage—it has the largest collection of Hanukkah lamps in the world.