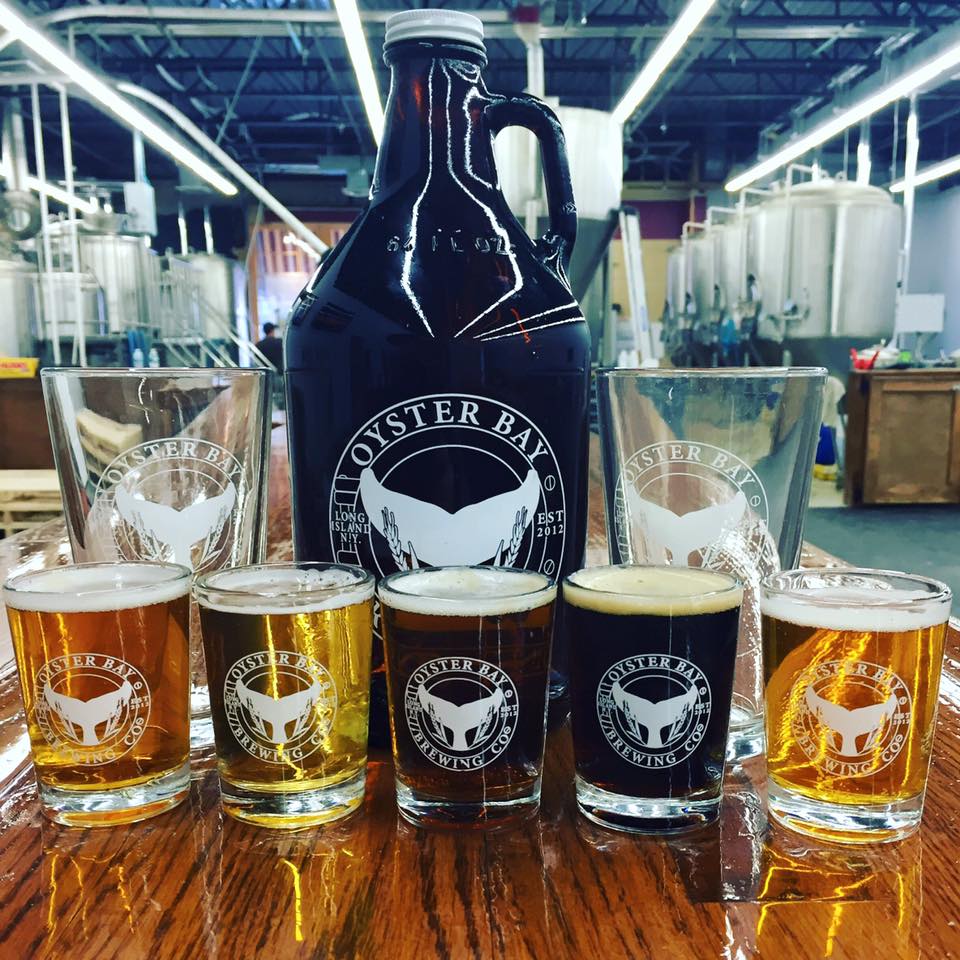 Like many craft breweries, Oyster Bay Brewing Company started out as a hobby business. Owners Ryan Schlotter and Gabe Haim were working day jobs at Rallye BMW and making beer at home in their downtime. After spending some quality time in a brewery in Indianapolis, the duo decided to fill a void in Nassau County’s craft beer market and take their business to the next level. Situated in an ideal location in an incredibly charming town, the friendly and casual atmosphere of this craft brewery is helping downtown Oyster Bay spring to life.

Who are the key players at Oyster Bay Brewing?
OBBC: Ryan Schlotter and Gabe Haim are the owners, but we do have some important people behind the beer as well—Michael Bank (head brewer) and John Fraioli (brewer).

How would you describe Oyster Bay Brewing’s beer culture?
OBBC: We try and provide beers that are easily accessible to the everyday beer drinker as well as complex enough for the craft beer enthusiast. We’re a family at the brewery. We love beer, we love making beer and we love educating people about our beer.

How would you describe your fans?
OBBC: We have fans from all over. Our local Oyster Bay fans are great and they come to the tasting room frequently to hang out, watch a game and help us on canning days. We also have some great fans that share in our passion for hockey and the New York Islanders, so on a game day, you can find quite a few hockey fans having a few beers and watching the game. People also like the environment in the tasting room, so they come down to play board games, cornhole, shuffleboard, etc.

How would you describe the tasting room?
OBBC: The tasting room is basically part of the brewery. All in all, we have about 6,000 square feet, split 60/40 into tasting room/brewery. From the bar, you can see the brewhouse, tanks, canning line, kegs and staff. You can watch a brew day, smell the beer being made…it’s a pretty cool experience. We also have a bunch of games like Cards Against Humanity, cornhole, shuffleboard, Uno and Pictionary. It’s a very relaxed atmosphere for people to come and just hang out with us.

What’s your most popular beer?
OBBC: I’d have to say that our Barn Rocker is probably our most popular. We made it as a tribute to the last year the Islanders played at Nassau Coliseum. It started out on tap at the Coliseum only, but when that closed, we began distributing it from Manhattan to Montauk, including the Barclay’s Center. It’s an easy drinking session ale.

How many taps are in the tasting room?
OBBC: We have 24 taps in the tasting room and typically 13-15 different beers on tap at all times. We have rotating beers and seasonals, and mainstays too like Barn Rocker, IPA, Honey Ale (which we make with honey from BeeHaven, an apiary in Locust Valley) and some version of a double IPA.

What’s on tap for 2017? Anything new and exciting going on?
OBBC: We just bought our own canning line, so we expect to package many of our seasonal beers and specialty beers for sale in the tasting room. We are also adding another brewer as well, and are beginning to distribute our beer outside of New York.

What is your favorite beer that you brew? Why?
OBBC: I think the most fun is the Baymen’s Oyster Stout. Oyster Bay supplies most of the oysters on the East Coast, so to be able to make a beer with oyster shells from Oyster Bay, partner with the Baymen (the independent clammers and shell fishermen) and let people learn a little about where we’re from is most rewarding.

Tell us something that no one knows about you guys.
OBBC: We, Gabe and Ryan, have five sons between the two of us.