Comprised of siblings and longtime friends, Quarter Horse was born in 2013 after many years of playing together on different projects.

The band quickly adopted a model for songwriting, which employs the collaboration and creative input from each member. This is evident in the diversity of tracks found on River Flow EP, the band’s first release in 2014. A self-titled debut album, produced by Andy Falco of the Infamous Stringdusters, was released in December.

The group spoke with Pulse before its upcoming Long Island performances: Jan. 12 at Revolution Bar & Music Hall, Jan. 28 at Grey Horse Tavern and Feb. 25 at The House of Brews. The interview began with coffee brewing in John’s kitchen, which is how most of their rehearsals begin. There is a sense of family and warmth just being around them, which directly translates to their sound and overall vibe as a band.

With six members, do you find it challenging to come to a consensus sometimes?
It seems like the songwriting process is almost a little easier to agree upon than other things like names of songs or even the band’s name itself—that was about an eight month process; we had pages and pages full of possible names, until we happened upon Quarter Horse.

What are your influences musically?
As far as the instrumentation, we draw on a broad array of influences from every direction. It’s a really wide range of influences that we try and channel into one sound. We work really hard on three part harmonies so probably Crosby, Stills & Nash, as far as vocals go. 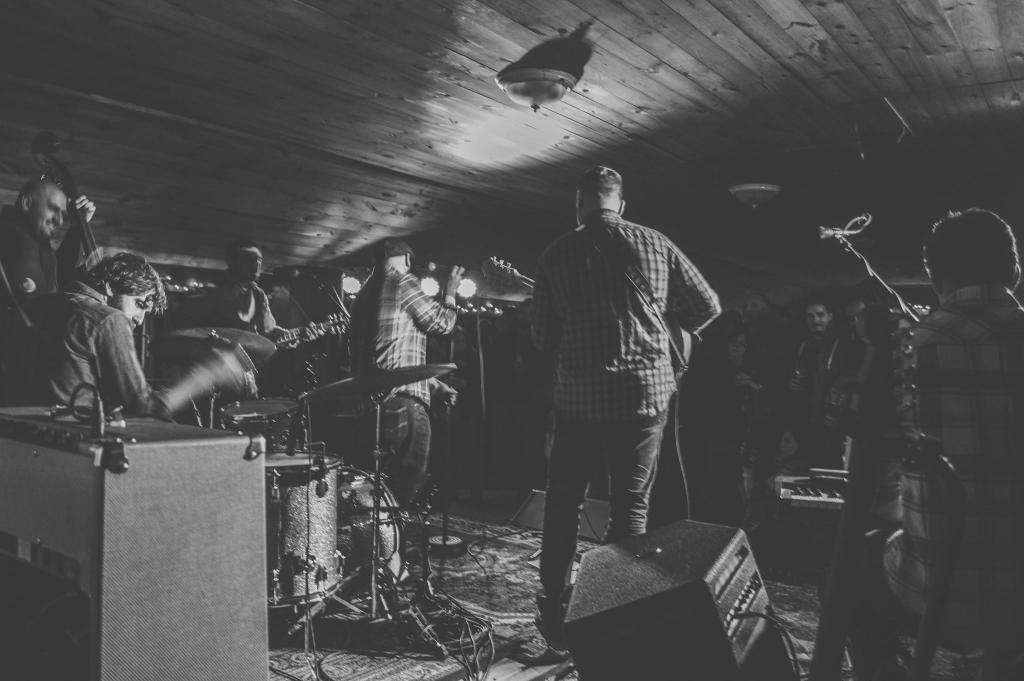 Did you guys feel like there ended up being a continuous theme once the album was finished?
There is sort of a common sound. I think the album tells a little bit of a story and maybe not purposely. More so we tried to have the songs arc in a certain way that develops throughout the album so it feels like one complete piece of music when you listen to it start to finish; the ordering of the songs was more of the statement. There are themes if you look for them. We want people to decide for themselves what it means for them.

What about this album really sets it apart?
It is worth mentioning that this album was recorded entirely live over the course of two days. A couple of takes for each track, some more than others. No overdubbing, no going back, very few little fixes. We each had to make sacrifices. One take we may have liked our part as an individual better than another, but we had to decide what sounded best for all of us. We wanted it to sound real and not overproduced. We didn’t want it to sound like something we couldn’t recreate. When you come and see us this is how we sound. [Album producer] Andy [Falco] was very particular about using all of the best gear. Every step along the way, [he] made sure there were no corners cut anywhere. In the end we were really happy with the way everything came out… This is us.

Purchase the album on CD Baby and Spotify or choose your own price at shows.