This relatively new craft brewery is quickly making waves among beer enthusiasts. Known for having diehard fans that appreciate their tasty brews and cheeky sense of humor, canning release days can get pretty wild. Crowds line up on the streets of beautiful Northport Village hoping to get their hands on the new releases before they sell out. Whether you’re a fan of their strong Belgian Ale American Psycho (10% ABV) or you prefer something much lighter like Luca Baby IPA (4.9% ABV), they’ve got more than enough variety to suit every beer connoisseur.

How did you get into owning your own brewery?
Kevin: I had been home brewing since 2005. I created various recipes over the years with the ambitions of starting a brewery. When I teamed up with Frank and Bill, it became a reality.

What do each of you bring to the table?
Kevin: I handle everything on the production side from recipe formulation to packaging.

Bill: [Laughs.] Who are Frank and Bill?

What’s the story behind the name of your brewery?
Bill: Historically, Northport was a pretty industrial town with many fishermen and sand pits. The sand was often ferried over to Manhattan and used to make cement that was in turn used to build much of the city. Steers Sand and Gravel was one such sand pit and it was called “Sand City” by the locals. Now, it’s a popular beach. We like to build on that idea of a place of industriousness and craft, but also of relaxation.

How would you describe Northport’s culture?
Kevin: Northport is a great town. It’s full of great restaurants, shops and interesting people.

Bill: It’s got a vibrant social life during the year and an incredibly warm and welcoming personality.

What about your fans? How would you portray them?
Kevin: Beer enthusiasts who enjoy drinking fresh, local beer. 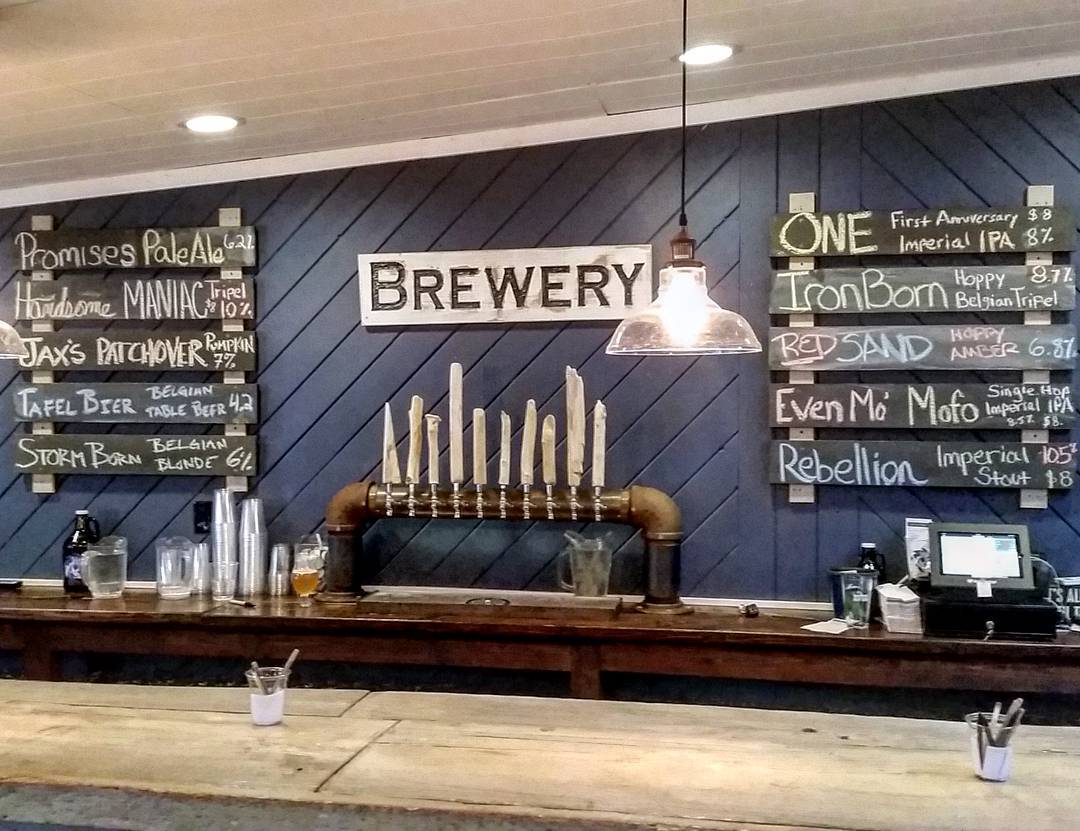 What’s the tasting room like?
Bill: Warm and inviting. A great environment where families gather with their kids and dogs to enjoy some premium handcrafted beer and meet new friends. It’s a pretty casual place; we try to let the beer class the joint up.

How many taps are in the tasting room?
Frank: We have ten taps and typically they are all flowing nicely, except when everyone drinks all our beer.

What’s your most popular beer?
Kevin: We are often asked this question. We truly don’t have a most popular beer. We are constantly rotating our offerings and we like to offer variety to our patrons.

Frank: And it seems like every time we do a can release, we’ll think “this will keep people happy” and then someone on Facebook will ask, “Hey that’s great, but when’s this other beer coming out?” It’s fun to see the different styles and tastes people enjoy.

Who names your brews? Come on, some of the names are pretty cheeky!
Kevin: We’ve all had a hand in that. We are a bunch of light-hearted guys and don’t like to take ourselves too seriously. Many of the names are playful and reflect the type of people we are.

What’s on tap for 2017?
Kevin: Beer, and hopefully, more beer. We have added a few new fermenters and should have them installed by early 2017. That should help us increase our production by 30 percent and be able to offer more cans to the public.

What is your favorite beer that you brew?
Kevin: Southdown breakfast stout. No matter what time of year it is it always satisfies me.