As a photographer and film director, Danny Clinch has worked with some of the biggest names in the music business—Bruce Springsteen, Neil Young, Bob Dylan, Johnny Cash, Pearl Jam and Tupac Shakur to name a few. He currently has a gallery show called “Transparent” on display at the Asbury Hotel in Asbury Park, New Jersey, running until May 1. Clinch recently spoke with Pulse about his fruitful career and gave advice to anyone trying to follow in his footsteps.

How did you become a photographer?
I’ve always been a big fan of music. My high school years had a soundtrack and we would be listening to the Allman Brothers, Rolling Stones, Led Zeppelin, Bob Seger and Bruce Springsteen. So I started to get into photography, and one of my neighbors had an old Pentax that he had bought… I asked if I could borrow the camera. He loaned it to me, and I never gave it back!

I started to sneak into shows that I was going to, like Van Halen, and got a buzz from that kind of stuff… [I] started to integrate my love of photography and music. And when I went to school up in Boston, I had a [journalism] teacher who loved music as well… I was asked to do a photo essay, and a lot of people were doing typical things. I decided I was going to find a band and make my photo essay out of that. I hooked up with this band called Rick Berlin: The Movie. That was one of the turning points for me. After that, I did some photographic workshops. The big thing was I did a workshop with Annie Leibovitz and it ended up turning into an internship for me, and then I worked for Annie for little over a year. That just opened a lot of doors for me.

Your studio is in New York City.
My home is in New Jersey, but I run my business here—my archives are all here. The music scene in New York City is incredible. And I run my business on relationships and a lot of my friends live here; a lot of the musicians live here. There are tons of shows here. Bands are passing through all the time. I can literally walk to Madison Square Garden from where my place is, which is awesome.

You’ve photographed countless famous rock musicians over the years, including Bruce Springsteen.
You feel like you’ve gotten an opportunity that most people don’t get. And I feel like I’m honored to be able to still be a documentary photographer, in a sense, and capture that sort of history for the people that love music and love that artist. I was in the studio when they were doing “Countin’ on a Miracle,” and I was photographing and got some pretty cool stuff. I had asked the management if I could bring a film camera down, and they said sure. I asked Bruce, “Would you mind bringing your guitar in this room? There’s some really nice light here.” He grabbed his guitar, sat down, and he played “Countin’ on a Miracle,” but he played it like an old delta blues song. It was incredible. I filmed it and cut it together, and he ended up using it for that tour. Before he came out, he would show this little short film of him playing “Countin’ on a Miracle.” 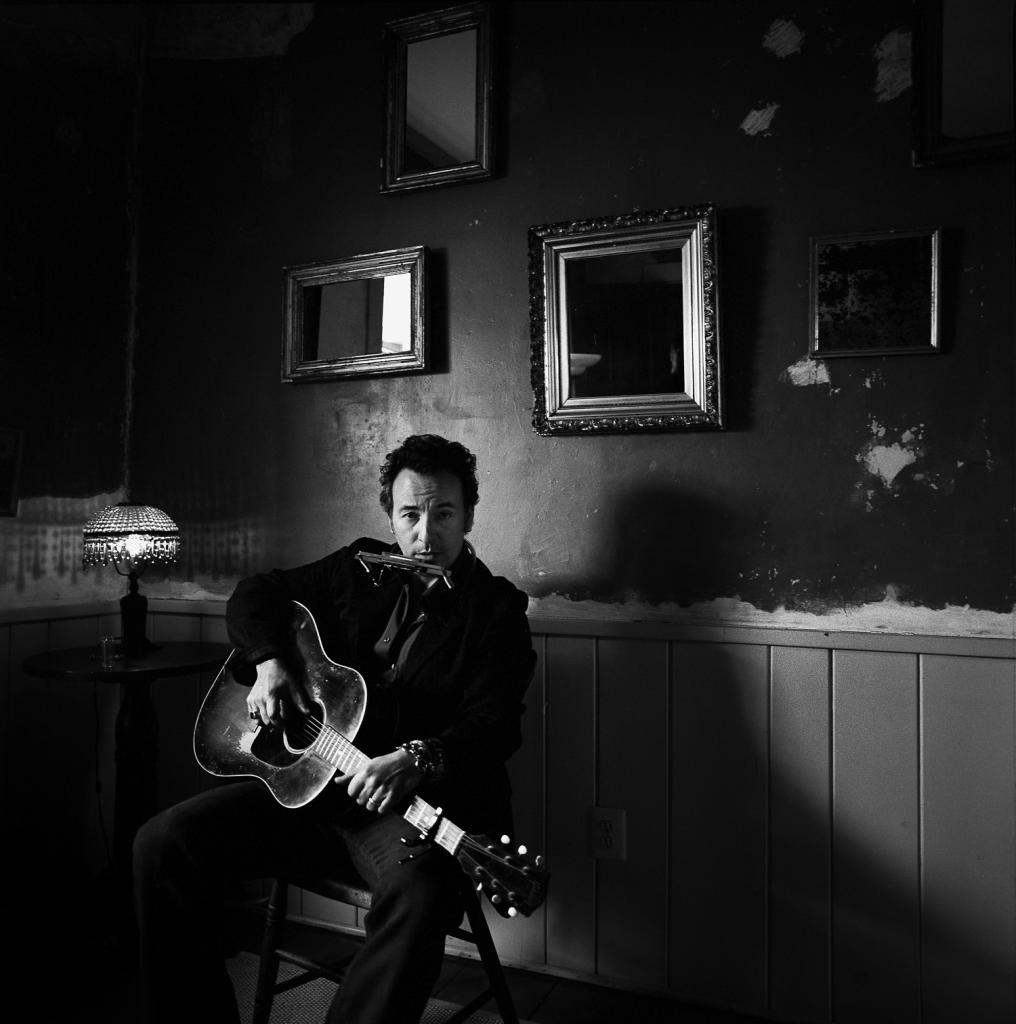 What is the status of the Shannon Hoon film of his home movies that you are co-directing?
These things take a very long time. There’s a lot of film to look through. Although we’ve raised money for the film and it’s been very helpful, it’s still a lot of people working in their spare time. The money only goes so far. But it’s moving forward; we have meetings for it all the time.

Any advice for photographers?
The important thing is to find your own voice, your own point of view. It’s hard to understand what that is, but I think for me, it’s like, “What is your lens choice? What is your style?” And how can someone look at your photo and say, “Oh, that’s a Danny photo.” And I think it’s about relationships and treating people well and being trustworthy. And it’s just getting out there and showing up and doing it. Like they say, 90 percent of the job is showing up. You can’t be afraid to fail—you just have to go out there and do it, make mistakes and just keep putting in your 10,000 hours. I don’t think it’s any easier or harder than it’s been in the past. It’s different. The fact is a good photographer is a good photographer and someone who hustles is most likely going to outdo the person who is not hustling.