Lobster roll season never has to end. The official sandwich of summer can be enjoyed every day of the week at The Rex Burger & Lobster in Mineola. Owner Jonathan Otto opened the newest surf & turf haven in November and has made it his mission to deliver quintessential American food to the public.

“Americans love burgers, fries and shakes,” said Otto. “People also love lobster as a premium seafood, even though it’s not as ubiquitous—partly because it’s expensive, but also because it’s hard to get fresh lobster.”

Lobster connoisseurs, feast on this. The fish comes from Homarus through a shipping process that gets the lobster straight from the sea in less than 24 hours.

“Homarus sources most of its lobster 20 miles off the coast of Maine in 500-foot deep waters. Our lobster roll overflows with large succulent pieces of lobster tail, claw and knuckle without any filler.” 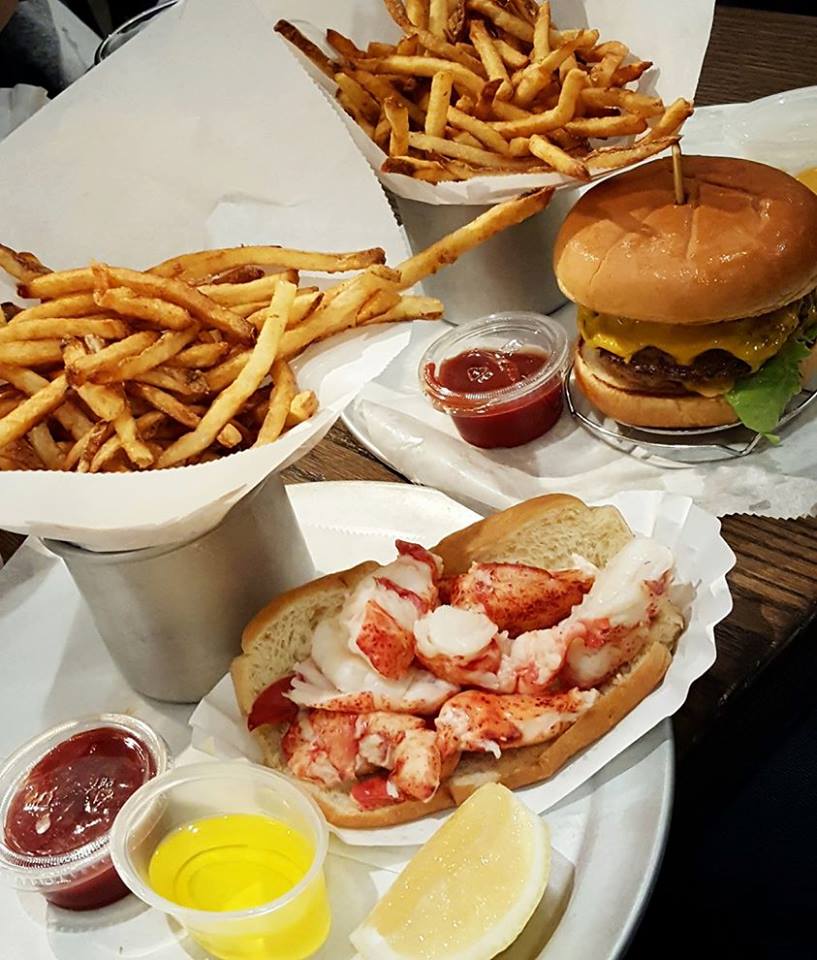 Like the lobster roll, the Rex Burger is filled with flavor. The grilled-to-order dish includes two 3.2oz patties of all-natural certified Angus beef from Niman Ranch, making it twice as nice. Top ’em off with tomato, iceberg lettuce, American cheese, raw Vidalia onions, grilled onions that have a tinge of sweetness when caramelized and a secret sauce.

“Brining is a process similar to marination where the poultry is soaked in a liquid solution before cooking to tenderize and flavor the meat.”

The mixture is composed of buttermilk, salt and a mix of spices, including habanero peppers on the sandwich itself. After 24 hours the chicken is breaded in seasoned flour and cooked in a non-trans fat blended oil. It pairs perfectly with an order of hand-cut Idaho Russet potato fries featuring a quartet of sauce options: roasted garlic, black truffle, spicy mayo or melted cheese.

But no visit is complete without a Häagen-Dazs milkshake. Whether it’s chocolate, vanilla, strawberry, mint chip, cookies & cream or dulce de leche, pull up a chair at one of the wooden tables under the high tin ceilings and savor fare as timeless as the ambiance.