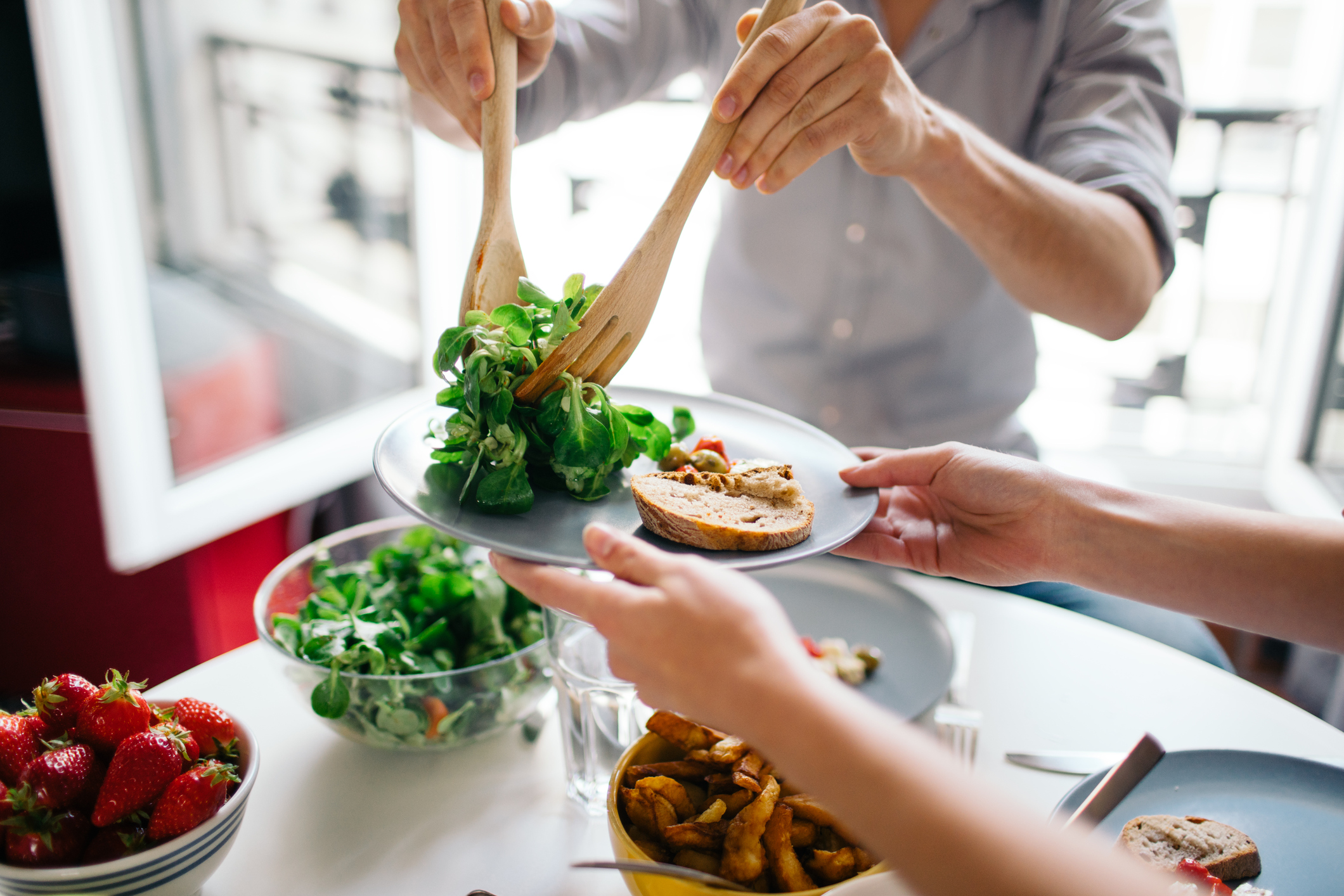 The new diet fad is not dieting at all image: xsandra

It’s been real, fat-free diets. Sayonara, low-carb meal plans. Grapefruit diet, it would have been best if people never knew you in the first place. It sounds harsh, but after years of restrictive fad diets focused on what a person can’t eat, the latest trend in dieting is not dieting at all. Data from marketing research firm NDP showed that 23 percent of women reported being on a diet in 2012, a drop from the 35 percent on a diet in 1992.

“It’s about creating a lifestyle that works rather than dieting and deprivation,” said Margaret Marshall, a healthy living expert and author of Body, Mind & Mouth, the Five-Finger Food Guide and Healthy Living Means Living Healthy. “It’s about what you can do, what’s good for you to do and how it makes you feel.”

It’s not just a push towards political correctness, either. Food companies like Lean Cuisine, which noticed sales declining about two years ago, are replacing “detox” and “fat-free” with “whole grain” and “natural ingredients.” Thirty-day challenges, such as the Whole30 diet, often eliminate calorie counting all together and make eating whole, unprocessed food a priority. Even Weight Watchers, a juggernaut weight loss brand since Queens homemaker Jean Nidetch founded the company in 1963, shifted course in late 2015 by implementing the “Beyond the Scale” program. The new program puts less of a focus on pounds and more of an emphasis on exercise and the way doing non-food related activities, like hiking or reading, makes them feel.

“Being healthy does not mean you’re miserable,” said Marshall, who was a trainer and spokesperson for Weight Watchers for 17 years. “It’s the exact opposite. You’re empowered, healthy and getting what you want out of life.”

It’s not that the old methods of calorie counting and restriction didn’t work—they typically did but for a limited time. In 2007, researchers at UCLA found that 41 percent of dieters gain back more weight than they lost within five years. Live and learn is becoming a mantra for people looking to obtain and maintain a healthy weight, and longevity is becoming the new size two. Rather than obsessing on jean sizes and numbers on a scale, people are focused on fueling their bodies for the future, often with family history of heart disease or cancer in mind.

“The push is about wellness; How are we going to have an insurance policy for our bodies?” said Jennifer Fitzgibbon, a registered dietitian with a board certification in oncology nutrition at Stony Brook University Medicine. “Even 20 years ago, it was, ‘How am I going to look good in the now?’ Now…it’s about the total package.” 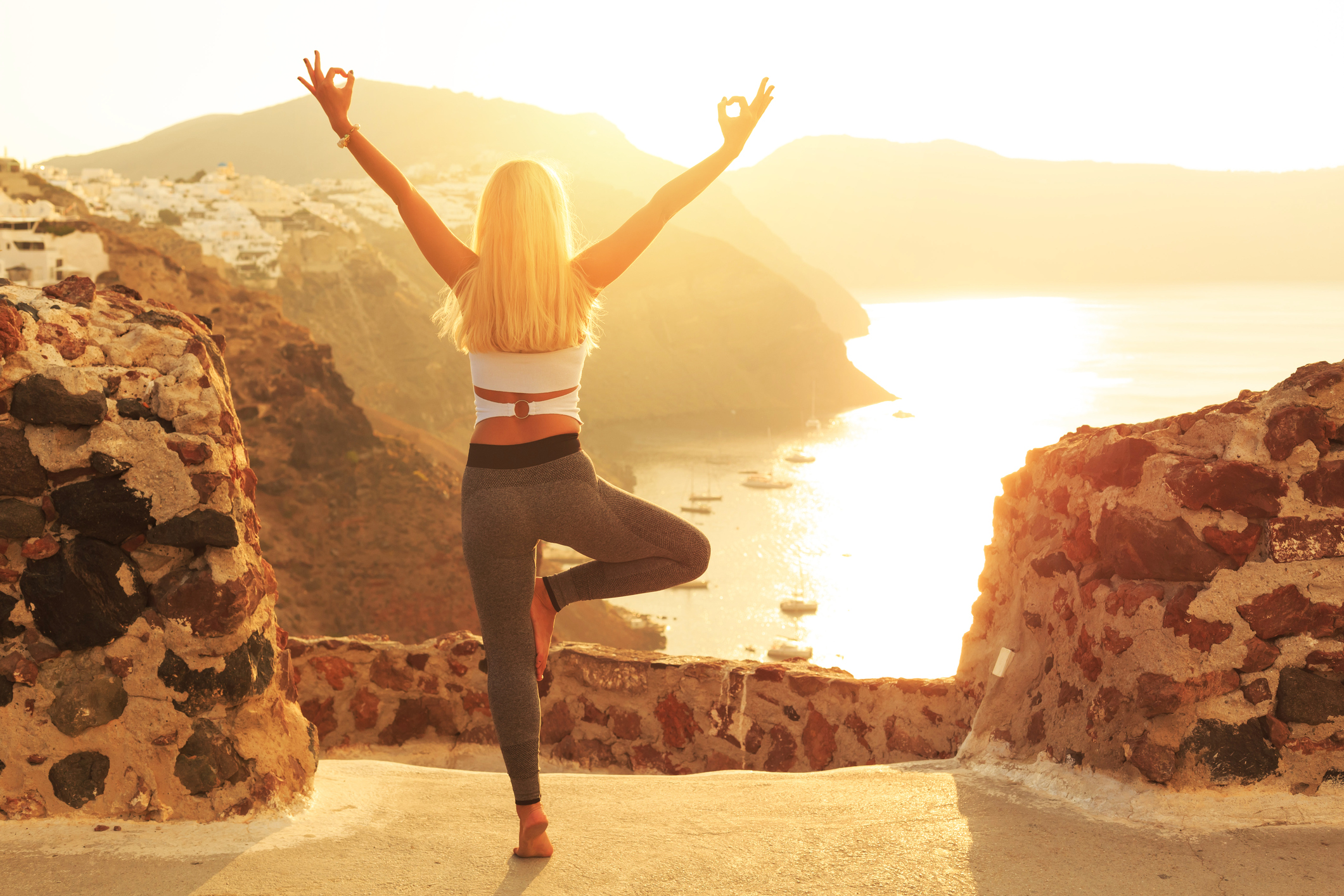 The total package includes exercise, which has also changed gears. Long considered a “good idea” but not necessary, recent research suggests it’s vital to weight maintenance and long-term health. A study published in the Journal of the American Medical Association followed more than 34,000 women and found that an hour of moderate exercise, such as walking at 3 miles per hour, helped them maintain their weights. The National Weight Control Registry reports that 90 percent of people who keep the pounds off exercise for an hour per day.

According to a National Cancer Institute study of 1.44 million people ages 19 to 98 published in JAMA International Medicine in May 2016, physical activity can help reduce the risk of 13 different types of cancer, including liver and kidney. In the study, the median amount of exercise people did was 150 minutes per week (about 21 minutes per day), which is consistent with the American Heart Association’s findings.

“It’s almost as important [in preventing cancer] as not smoking and that’s huge,” Fitzgibbon said.

People don’t need to be running marathons, either, though more are going the distance than ever before (550,600 people finished a marathon in 2014 compared to 353,000 in 2000, according to Running USA). Lawrence Berkeley National Laboratory studied runners and walkers and concluded walking briskly can lower your risk of high blood pressure, high cholesterol and diabetes as much as running.

Fitness is also becoming a fashion statement and game with new technology, including Fitbit, Apple Watch and Garmin. Though critics say the technology does not accurately calculate steps per day or heart rate, Dr. Marisa Silver, a nutritionist and founder of In the Zone Personal Fitness, believes the fact that they’re getting people to move is a win.

“People will be like ‘Oh, I have to walk with my friends [to get steps in],’” she said.

Apps such as Nike + Training Club allow people to work out from home, and barre classes and running clubs feel more like a healthy happy hour than a chore.

“A lot of my clients do barre because it’s hard but social and for any age group,” Marshall said. “The younger generation, yes they go drinking but they also go hiking, boating and they do more active things. The exercise world has changed dramatically.”

In the process, the idea of what body image should be has changed, too. For more than 10 years, Dove has helped fuel the change with the Dove Campaign for Real Beauty launched in 2004. The campaign, which spans billboards, television ads and social media, aims to fight low self-esteem and promote a healthy sense of self using slogans and hashtags such as #choosebeautiful. Breakout NBC dramedy This is Us also brings attention to the change by chronicling Kate Pearson (Chrissy Metz) as she struggles with food, body image and weight loss. Even the fashion industry, which at one time hailed sickly rail-thin “heroin chic” the “it” figure, has begun to gravitate toward healthier looking models. Jean-Paul Gaultier used full-figured women at his Spring 2011 Ready-to-Wear show, Marc Jacobs did the same in 2015 and former Project Runway winner Christian Suriano sent five full-figured models down the catwalk in September 2016.

But the fact remains: the United States still has an obesity problem. More than one-third of adults nationwide (36.5 percent) are obese, according to the Center of Disease Control and Prevention. Fitzgibbon isn’t deterred, pointing out that like any trend, it takes a while for it to become a staple.

“This is new,” Fitzgibbon said. “There’s dismantling [to be done]. It’s still too soon.”