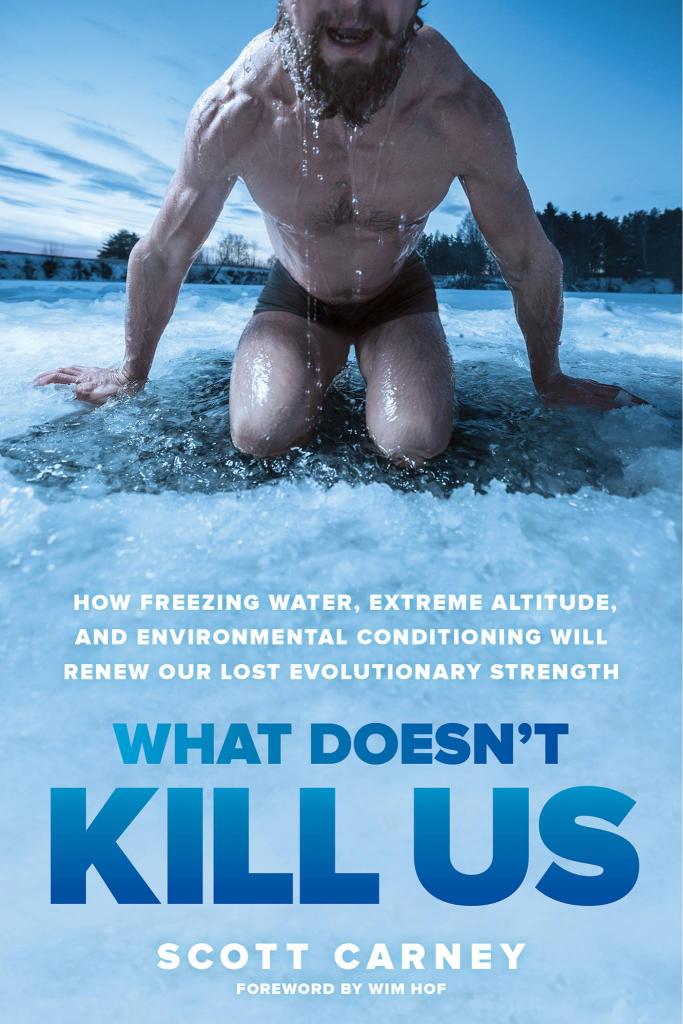 You might need an extra blanket tonight—or three—because the temperature doesn’t seem to match your comfort level. Yes, it’s winter and yes, the mercury plunges, but that doesn’t mean you like being cold. Although, as you’ll see in “What Doesn’t Kill Us” by Scott Carney, cold might be keeping you alive.

With very little between him and a snowy wind, few would have blamed Scott Carney if he questioned his own sanity on his way to the top of Africa’s highest mountain some months ago. Temps dived but there he was, on a purposeful quest.

A journalist by trade, Carney was looking for modern-day snake-oil salesmen for a book he was writing when he came across Dutchman Wim Hof, who claimed he could teach people to do simple, but extraordinary, things to increase endurance and productivity. His methods, as a skeptical Carney learned firsthand by signing up for Hof’s course, tapped into that which our ancestors naturally did.

Today’s humans live in what Carney says is an “ocean of perpetual comfort.” We don’t have to catch our food or spend much time in extreme climates; conversely, early humans didn’t have the comforts of deli lunches or down coats. That difference—the hardships they endured, as opposed to the physical comforts we almost demand—has negatively shaped humanity through obesity, diabetes, autoimmune disorders, lost ability to intuit direction, lessened navigational aptitude and other once-innate skills that might be lying dormant but that “we don’t use… very much anymore.” 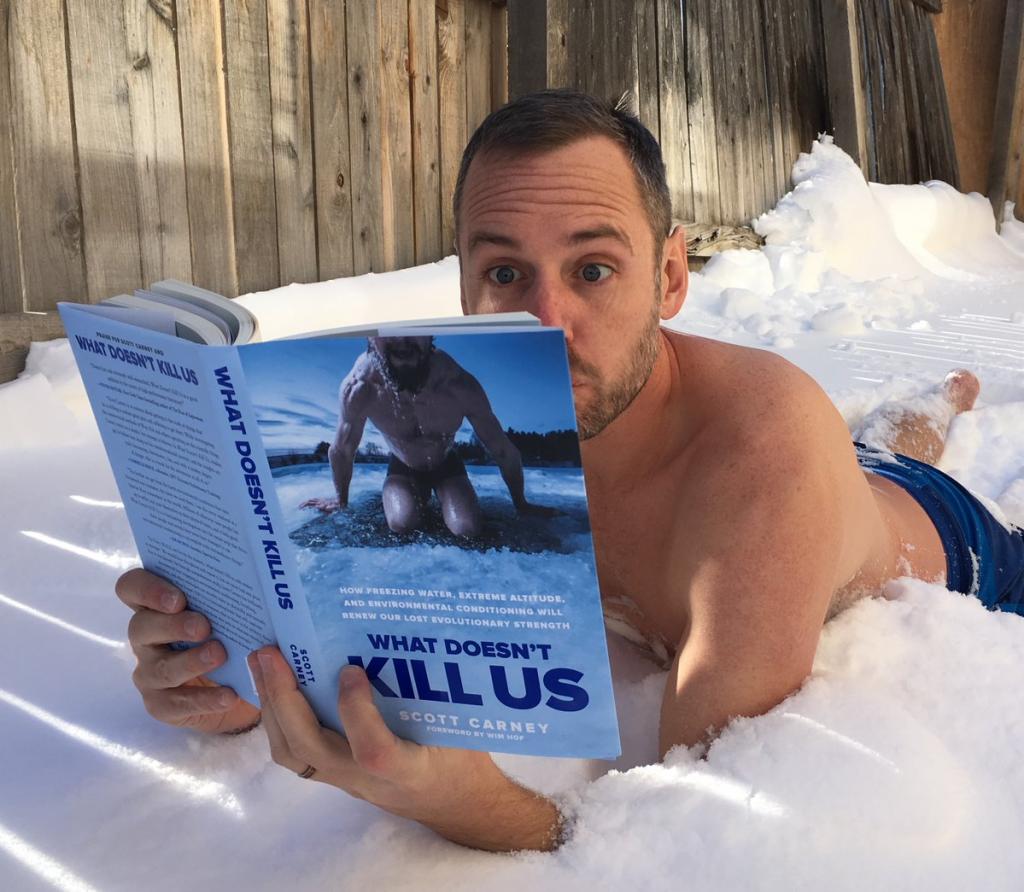 Skills may be lost, but Carney was determined to find them again. He followed, then tweaked, Hof’s methods before and after endurance testing in a Colorado laboratory. He tackled an OCR (obstacle course race) to see if it was as challenging as he’d heard. He studied how we’re able to control physical reflexes, even when we don’t think we can. He trained with 25-pound weights in a swimming pool, learned breathing techniques, checked in with the U.S. military and returned to Hof’s compound.

This is how he ended up on Mt. Kilimanjaro, nearly naked, and in knee-deep in snow.

So could you do it?

The answer may be yes (Carney tells you how), but there are many aptly-placed “don’t try this at home” warnings on the pages of “What Doesn’t Kill Us.”

There’s a reason for that, actually: What Carney discovered can be very dangerous if tried improperly or inappropriately. Readers may note, for instance, that nearly all practitioners of the Hof method are men; Carney hints at a reason which, when added to the intriguing first-person accounts and tantalizing possibilities, made me want more gender-balanced investigation. Even so, and that aside, there’s no limit to the sense of swashbuckling adventure, limit-pushing and derring-do you’ll find here.

Certainly, this book is for super athletes, but it’s also a great read for sofa slugs who want better health, thrills and a few pounds gone. If you’re looking for something that will make you look forward this year by looking backward, “What Doesn’t Kill Us” won’t leave you cold.