They say a picture is worth a thousand words, but some are also worth a whole lot more money. Certain pieces of art have sold for millions making it clear that talent goes places. Of course Pablo Picasso masterpieces are on the list of some of the most expensive pieces ever sold, but there are also a few others that are worth a whopping amount. 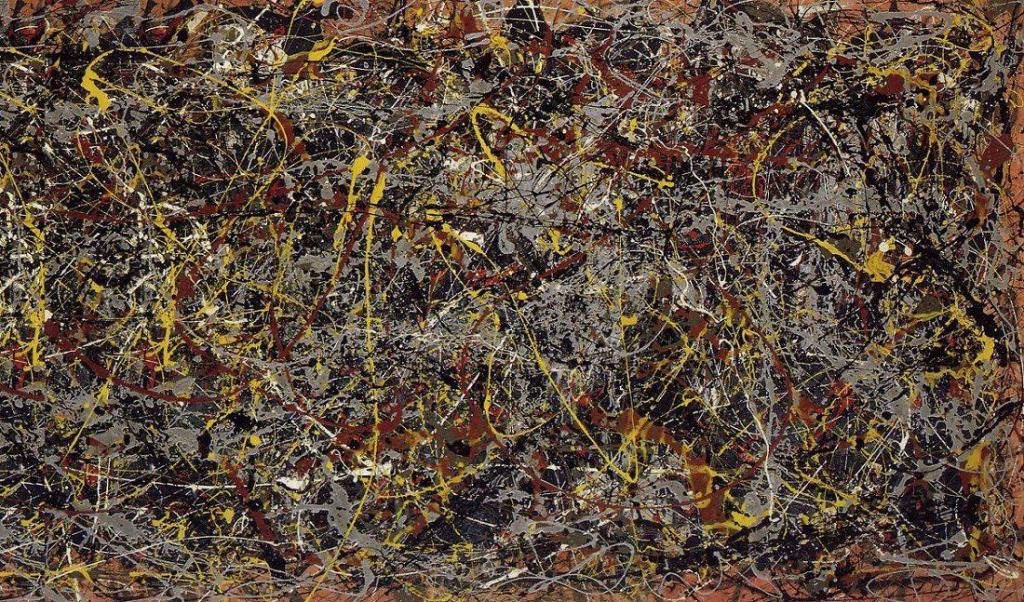 American painter Jackson Pollock, a big contributor during the abstract expressionist movement and one-time resident of East Hampton, created this piece on a large 8 by 4 foot fiberboard. He executed a drip painting technique-using shades of brown and yellow. In 2006, film studio executive David Geffen sold Pollock’s unique work for around $140 million. The unnamed buyer is said to be Mexican investor David Martinez, according to The New York Times. 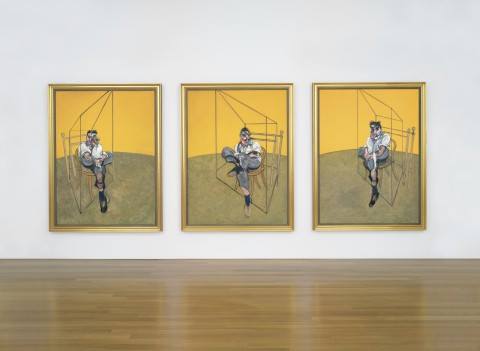 This painting from figurative painter Francis Bacon is one of only two triptychs he made of his friend, artist Lucian Freud. One of the biggest appeals of the piece is the well-known friendship and rivalry these two had. It was sold for $142.4 million in November 2014. Elaine Wynn, the ex-wife of casino owner Stephen A. Wynn, is believed to have bought it, according to The New York Times. 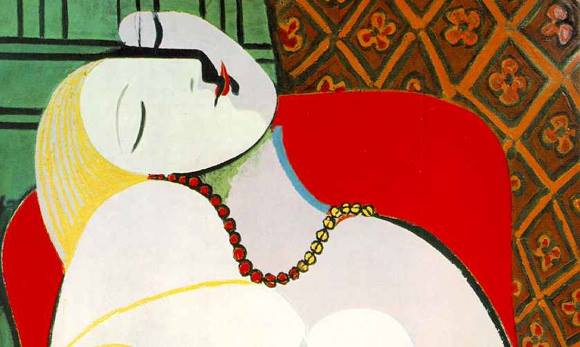 Hedge fund billionaire Steven Cohen paid $155 million for this prized possession from casino owner Steve Wynn in 2013. The 1932 oil painting, which translates to “The Dream,” is of Picasso’s younger mistress Marie-Thérèse Walter. 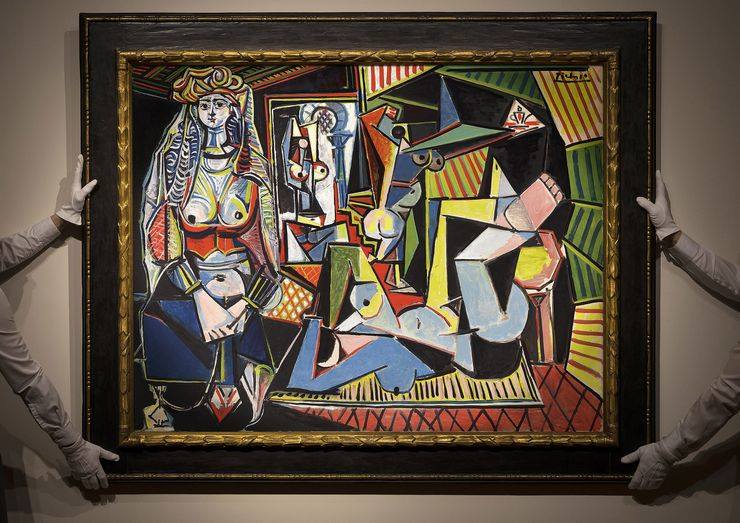 It’s not much of a surprise the beloved Spanish painter made the list more than once. His oil painting sold at an auction house sale for about $179.3 million in 2015. The piece is part of a well-known series of 15 created between 1954-55 to remember Picasso’s late friend, French artist Henri Matisse, who died in 1954. 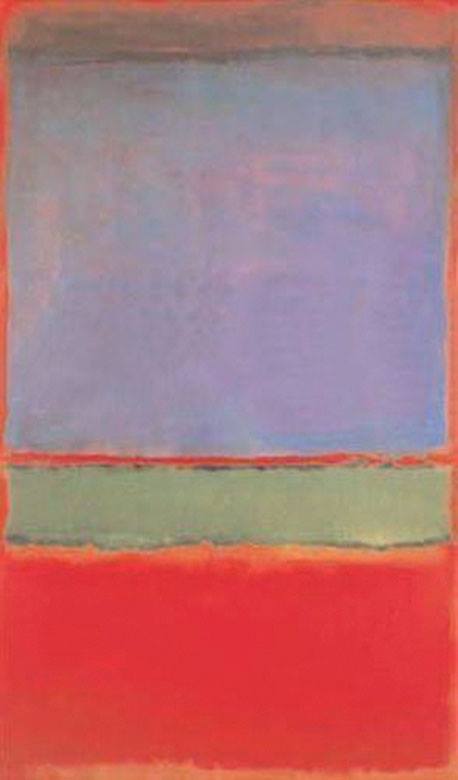 It’s easy to identify this piece as the work of Mark Rothko, a Russian-American artist described as an abstract expressionist. Like many of Rothko’s other pieces, No. 6 brilliantly and powerfully focuses on color rather than a subject. Russian billionaire Dmitry Rybolovlev bought this 1951 piece in a private sale in 2014 for $186 million. 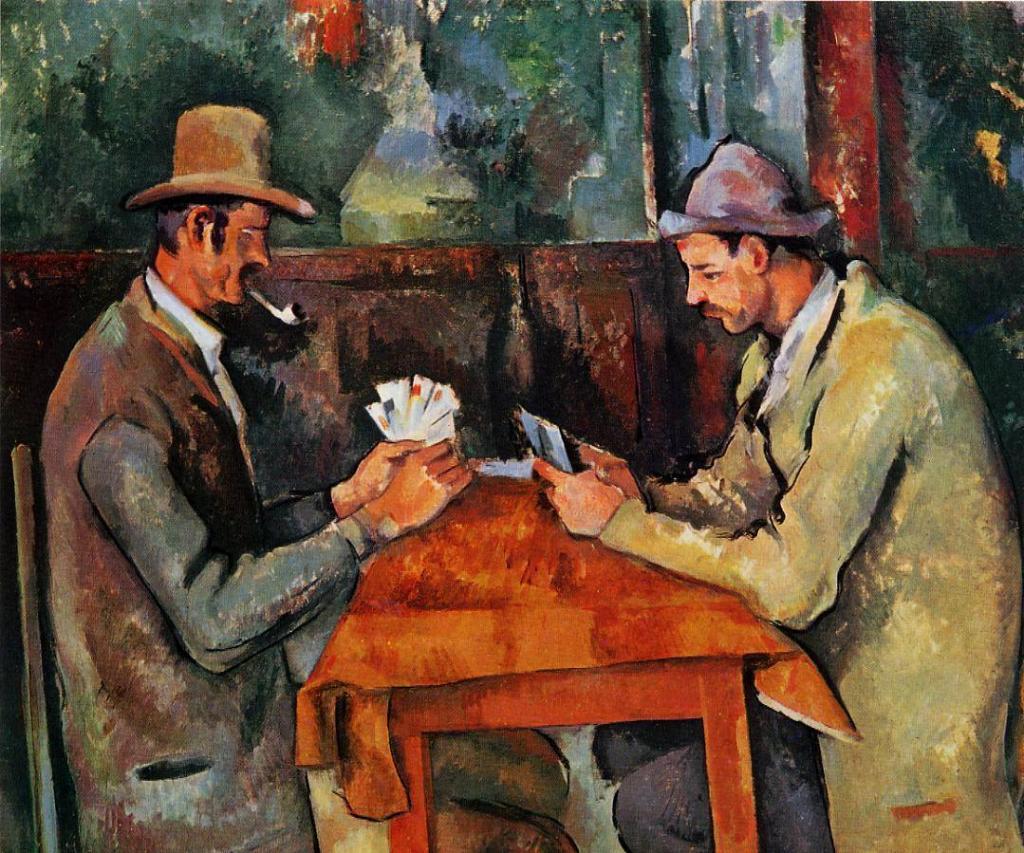 Famous French Post-Impressionist painter Paul Cézanne created a series of five oil paintings called “The Card Players” in the late 1800s. This one was sold in Qatar in 2011 for more than $250 million. (The other four can be found at the Metropolitan Museum of Art, the Musée d’Orsay, the Courtauld and the Barnes Foundation.) Cézanne was a big force in the art world as he inspired “Cubism and presaged abstract art.”

Paul Gauguin, “Nafea Faa Ipoipo (When Will You Marry?)” 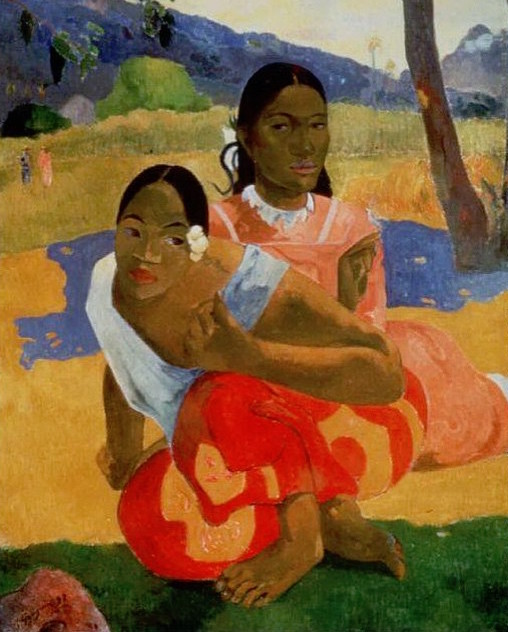 French Post-Impressionist Paul Gauguin (one of the most celebrated from this period) painted this oil painting of two Tahitian girls in 1892 during his first move to the island. It was sold more than 100 years later for close to $300 million in 2015 by a Qatari buyer, according to The New York Times. The pieces Gauguin painted while in Tahiti are “a hybrid of various Western and Eastern sources, creating a new synthetic style that combined decorative abstract patterning with figuration,” The Met explains.