All eyes shift to Hollywood this time of year as award season heats up, but for several red carpet regulars, their stomachs (and therefore likely hearts) reside squarely in New York. Whether it’s on a busy Manhattan street or out in the Hamptons, certain restaurants are known to attract famous clientele. Though your Oscar dreams may still just be a fantasy, you can still dine like your favorite nominees and presenters at these celebrity-approved spots. 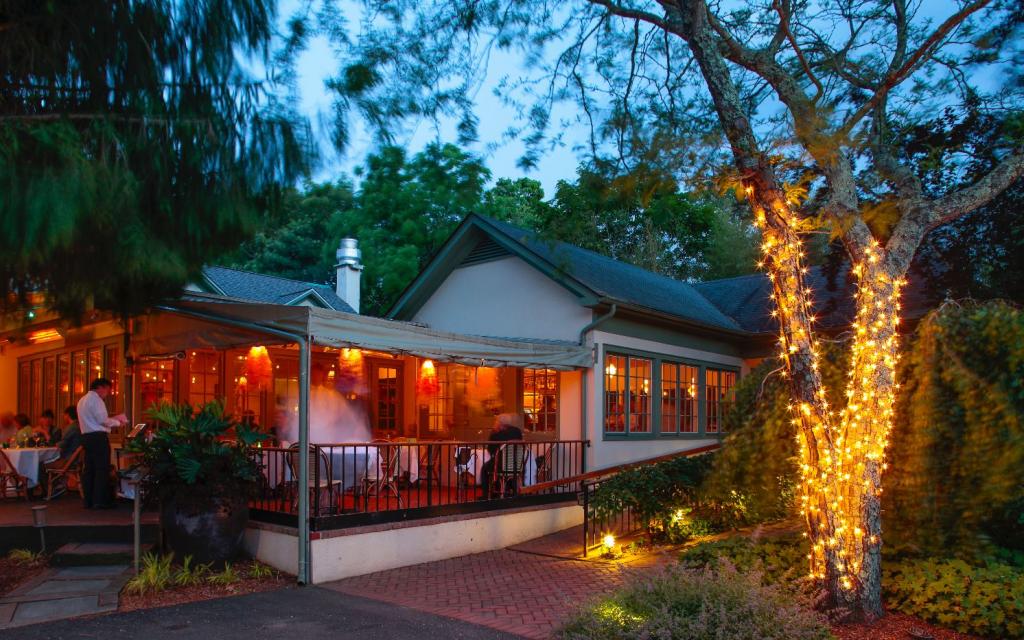 This iconic East Hampton spot, opened in 1988, is known to attract some of the most stylish stars thanks to the delicious food and its welcoming environment. Co-owner Toni Ross’s late father, Steven J. Ross, (former chairman of Time Warner) also helped the restaurant rise to fame by inviting famous friends to dine there. But the real secret sauce lies in the Italian dishes, like the brick-oven pizza. Christy Turlington, Christie Brinkley, Alec and Hilaria Baldwin are just some of the big names that can’t get enough. Go 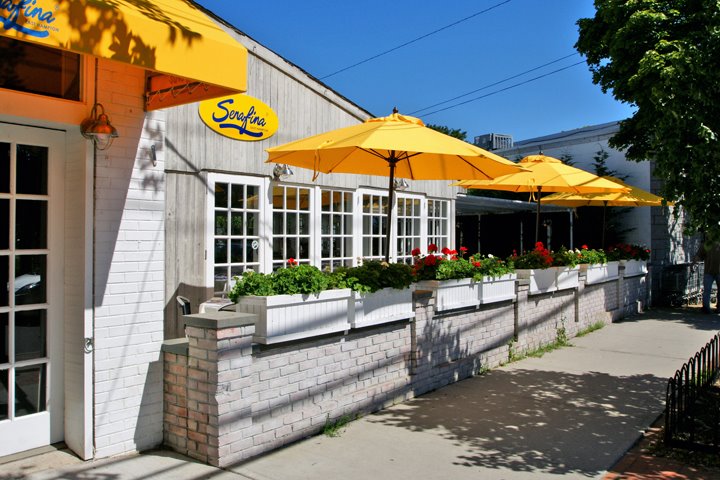 Whether chowing down at one of the Manhattan locations or out East, this popular eatery is constantly serving some big stars. Heidi Klum, Jennifer Lopez and Katie Holmes have been spotted in the East Hampton restaurant on North Main Street. Come summertime, anyone can grab a table in the cozy outdoor patio to sip some wine under a pergola covered in vine or under the cheery yellow umbrellas known for adding a little extra sunshine to a diners’ day. Go

It may be a newer place, but 75 Main’s sister restaurant has catered to some famous stars, including Brooke Shields and designer Victor de Souza. Kozu serves up Japanese dishes with a Peruvian twist in this chic and airy space covered in colorful artwork. When the weather gets warm, the outdoor seating is just as welcoming with circular tables spread over a brick floor. Go 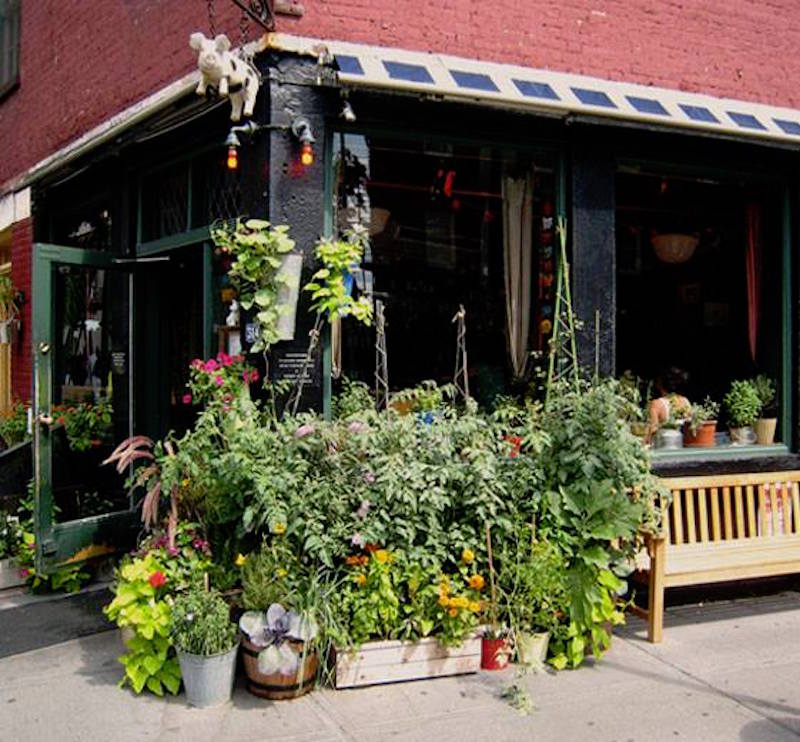 It’s no secret that many celebrities love to dine at this Village eatery. Opened in 2004, The Spotted Pig serves British and Italian dishes. Heidi Klum, Beyonce and Anna Wintour are some big names that have been spotted in this popular spot open for brunch, lunch and dinner. Go

This city spot using organic and local ingredients is also booming with A-list diners. Jessica Simpson, who owns a billion-dollar fashion empire, Gisele Bündchen and Kim Kardashian have eaten at this famous, chic restaurant beautifully designed with a wooden floor and ceiling, eye-catching chandeliers and little white tables lined up in rows. Go 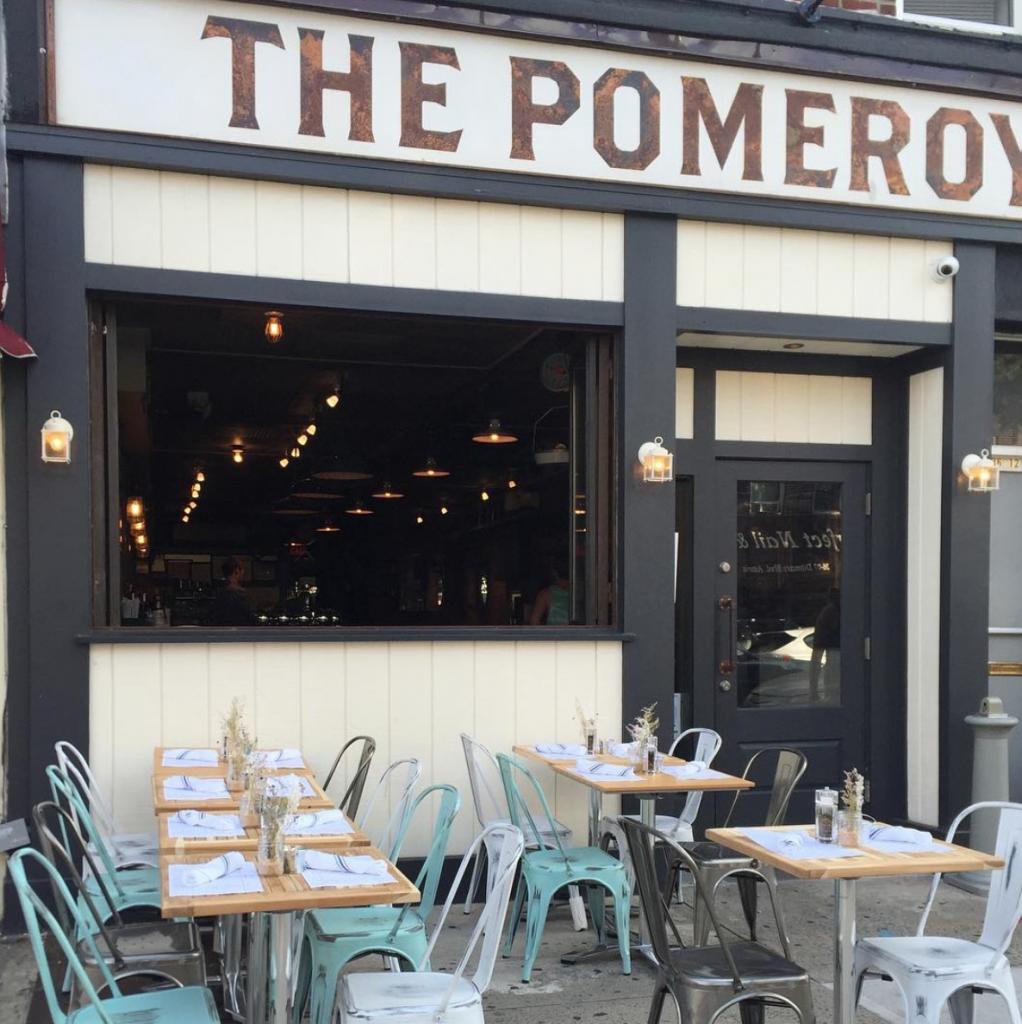 Sometimes, stylish stars make their way to lesser-known places. In October 2015, Lady Gaga wore a standout metallic dress as she headed to one of the five boroughs to support her friend’s restaurant opening. “The Pomeroy in Astoria, Queens is now open. The head chef is my best friend since I was 4!” she tweeted. This cozy gem offers small and large plates to pair with some delicious cocktails, wine or beer. Go