Rolling Stones fans get ready to travel back in time and get a behind-the-scenes look at the band’s legendary career through an immersive multimedia exhibition called “Exhibitionism—The Rolling Stones.”

Beyond music, the exhibition, which runs through March at Manhattan’s Industria Superstudio and is produced by iEC Exhibitions, covers fashion and art relating to the band. Curator Ileen Gallagher, Principal of ISG Productions and a longtime Stones fan, blends audio, video and interactive elements to showcase the group’s celebrated history.

The exhibition mines the rudimentary but passionate beginnings of the band with memorable imagery like a recreation of the Edith Grove flat in London where Keith Richards, Mick Jagger and Brian Jones shared starting in the summer of 1962. (Charlie Watts also stayed over at the flat on occasion.) The apartment’s squalor is evident with bottles strewn across the place. The experience of living in that flat also comes alive from conversations Gallagher taped with Jagger, Watts and Richards. That period is almost hard to imagine now, considering the Stones’ iconic stature and megastardom, as well as their fractious squabbles in recent years. 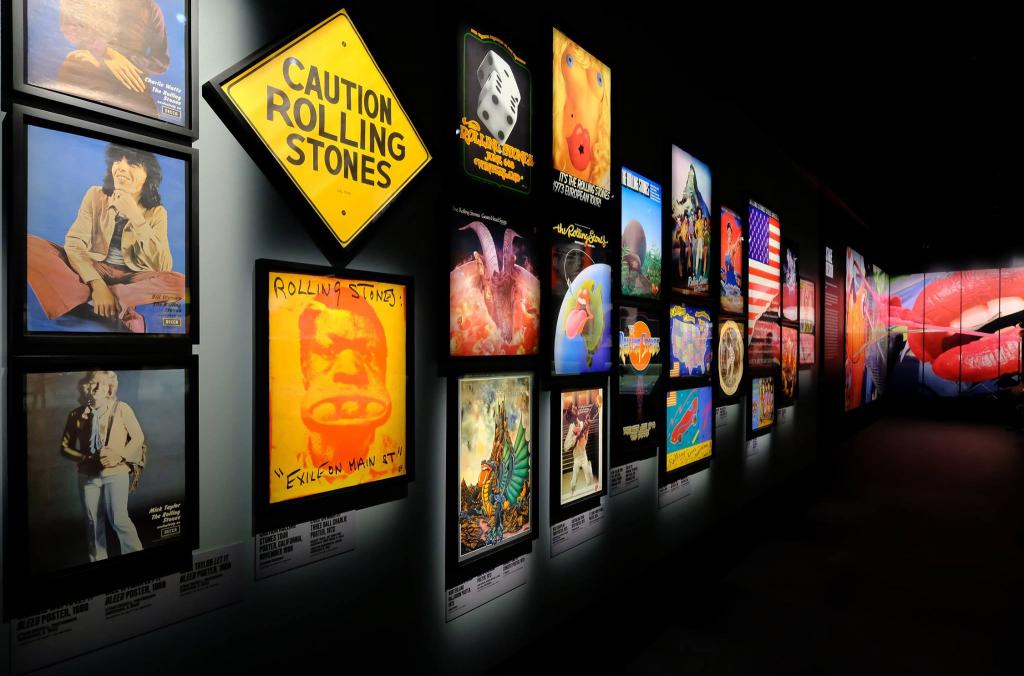 The recreations continue with the room at Olympic Studios in London where the group recorded “Sympathy for the Devil.” This portion in the exhibition truly illuminates the band’s songwriting development and prowess in a number of ways. The exhibit also features some of the group’s earliest recordings from 1963 at IBC Studios and provides a number of displays outlining the band’s typical songwriting routine. Along with concert footage, one of the most notable videos in the exhibition features clips from Martin Scorsese’s 2008 concert documentary “Shine A Light,” which included more revealing conversations with the band.

Stones fans will also relish the showing of Richards and Ronnie Wood’s rare guitars and a selection of Jagger’s harmonicas. For those intent on digging deeper for Stones memorabilia, a copy of Richards’ application for composition rights in September 1964 and select pages from his diaries should prove edifying.

Posters from the band’s early British and North American tours add flavor to the exhibit. There are landmark Stones-related artwork from celebrated artist Andy Warhol and seminal album photos from iconoclastic figures David Bailey and Robert Frank, all of which burnished the rebel image of the Stones.

Of course, the Stones’ iconic “Tongue and Lip” logo is ubiquitous at the exhibition (and even outside the exhibit’s doors). We learn, surprisingly, from John Pasche, the design’s creator, that it wasn’t inspired originally by Jagger’s prominent tongue. 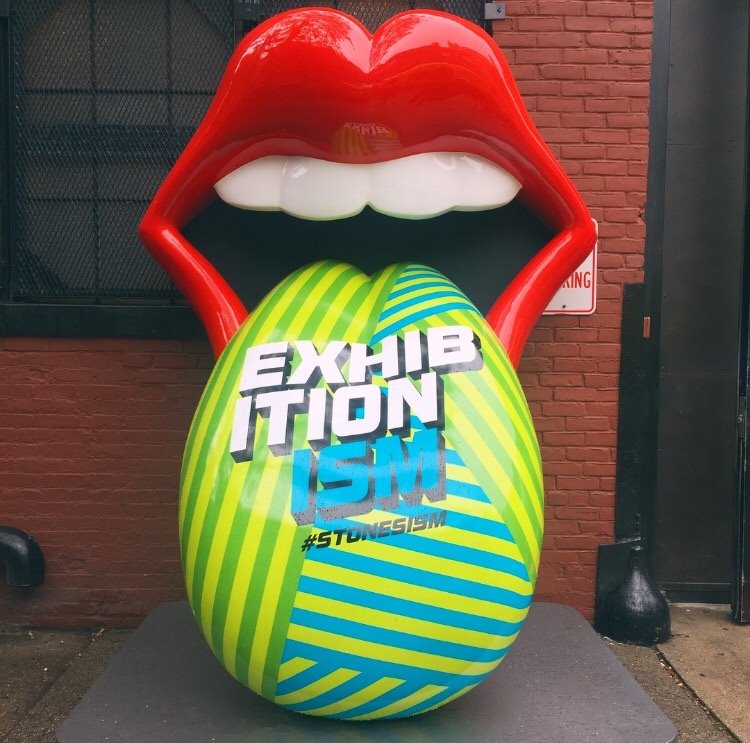 The exhibit uses a variety of interactive and immersive elements, such as a mixing console that allows visitors to remix Stones tracks and a 3D experience of a Stones performance of “Satisfaction,” give people a deeper understanding of the band’s creative and performing talents. Just like that famous tune, the exhibit decidedly gives satisfaction.