On June 26, 2015, the US Supreme Court made same-sex marriage a right nationwide. #LoveWins trended on social media, the White House was lit in rainbow colors and there were celebrations nationwide.

The day before, the Gender Expression Non-Discrimination Act (GENDA), a bill which would prevent people from harassing or discriminating against people based on gender identity as they try to obtain housing, employment, education, public accommodations and credit, failed for the eighth straight year in New York State.

Related Content: Have We Silenced the T in LGBT?

On March 23, 2016, North Carolina Governor Pat McCrory signed the Public Facilities & Security Act. Also known as the “bathroom bill,” the law mandates that people use the bathroom that corresponds to the sex listed on their birth certificates. Despite a bipartisan effort to repeal it and everyone from Bruce Springsteen to the NCAA refusing to host events in the state, legislatures voted to keep the law in December. None of it has surprised Lee Schubert, who struggled with her identity for years, including a two-year stint in a mental hospital in the 1960s, before embracing her true self. What may come as a surprise to some: Schubert, who recently shared her story in Women Incognito: Transsexual Without Transition, is in “wait-and-see” mode about President Donald Trump. Schubert shared her thoughts on being transgender in America, discrimination, the new administration and what people should never ask a transgender person.

America has made strides towards accepting gays and lesbians, but transgender desires, such as the desire to use a certain pronoun or bathroom, still seem to be taboo or a point of great debate. And GLAAD found nearly 90 percent of transgender Americans report being mistreated at work, compared to 40 percent of gays. Both stats are incredibly high, but why are Americans views towards transgender people less progressive?
I can’t help thinking that at the root of it and at the root of so many issues concerning so many transgender people in our society is that a lot people simply cannot…get their heads around the idea that a person’s gender can be different than his or her biological sex.

The North Carolina bathroom bill made national headlines last year but in the end was upheld. Why is it so important to a transgender person to be able to use the bathroom that corresponds to their gender identity and not their biology?
One of the main implications of whether you’re a boy or girl is which bathroom you use. For someone to deny a transwoman the chance to use the woman’s room is like denying she’s a woman.

What do you think is the best solution to bathroom laws?
Neutral bathrooms, to me, is the ultimate solution. I think most transgender people would be happy with it. The people who would primarily have a problem with that are the cisgender people.

What needs to be done to get to that point where people aren’t afraid of transgender people using a bathroom that doesn’t necessarily correspond with their biological sex or gender-neutral bathrooms?
Unless a law or court decision settles that question, I think the only way this will be accepted is if a society as a whole moves in the direction of having a different concept of gender.

How does that happen?
I think we’re moving in the direction. The visibility of transpeople is moving in that direction. The change in the position of the federal health community has some effect because they no longer consider being transgender a mental disorder. For a lot of things, it’s smaller stuff that leads to the bigger stuff. Gays went through a very long process between Stonewall in 1969 and the point where not only did the Supreme Court rule in favor of gay marriage but polls showed a dramatic shift in public opinion towards it. I think it will happen for transgender people, too.

A lot of this comes down to courts and President Trump will get to nominate a Supreme Court justice. What are your hopes and fears under this new administration with that nomination and acceptance in general?
The nomination will probably be very important. For example, whether someone gets nominated and approved before the transgender bathroom case is heard might make a crucial difference on that case and other cases.

One thing I tell people is Donald Trump is not as conservative as a lot of people think he is. Conservatives agree with that. Liberals put him in the same bag as Ted Cruz. Therefore, I don’t assume—and maybe this is wishful thinking—that Trump’s nominee is going to be the most conservative. How are other members of the LGBTQ community reacting?
A lot of LGTBQ people are scared to death of a Trump presidency. I mean literally. The day after he was elected, LGBTQ suicide lines lit up all over the country. A lot of people think Trump is going to be a dictator. He isn’t. We have checks and balances in our government. Are there legitimate fears? Yes, there certainly are.

What are some of those fears?
One of his biggest problems might be his own supporters who expect things out of him they may not get. Some of his supporters, and I by no way mean all of them, are pretty racist and xenophobic and may feel his election gives them license for intolerance and in some cases violence. 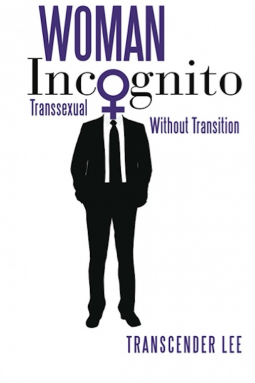 What are some questions people should never ask their transgender co-workers or friends?
My general rule is don’t ask questions that would seem inappropriate to ask someone else. First of all, don’t ask a person, “Have you had the surgery?” because let’s face it, what most people are asking about with that question is about the person’s genitalia. How often in the workplace are you going to ask people about the genitalia? Another example in that category is, “How do you have sex?” I understand the curiosity but people should restrain it because again, how often is it acceptable to ask a co-worker, “Do you do this particular thing in bed?” Don’t ask, “What’s your real name?” because the person may not have been able to do anything legally about changing their real name. When someone tells you their name, that’s what they consider to be their real name. Don’t ask, “Aren’t you really just gay?” Sexual orientation and gender identity are completely different things. I know transwomen who as women are straight, I know transwomen who as women are gay.

For people seeking to understand more about transgender people, what are appropriate questions to ask?
I would say basically, you want to let a transperson take the lead about what he or she wants to talk about. But you could lead off with “I think it’s great you found your identity, but it is still a little confusing to someone like me. Can you help me understand what it means to be transgender and how you know you’re transgender and how it affects your life?” If you ask open-ended questions like that, then the transgender person is going to be able to decide what he or she would be happy to help you understand. There’s such a wide range. Some transgender people wouldn’t mind talking about personal aspects…others just don’t want to talk about being transgender.