Advertised as a BBQ restaurant with “a little southern flare,” The Pig & Queen is providing the Rockville Centre community with a host of delicious comfort foods. Although the restaurant is fairly new to the dining scene, customers have been raving about the menu’s bold flavors. A few words of advice before you go: Do dig into these recent crowd-pleasers. Don’t wear a white T-shirt.

Okay. You may have never met a mac and cheese you didn’t like. But this entrée is in a league of its own. This dish features pasta covered in white cheddar, Havarti, Grana Padano and mascarpone cheese. If that isn’t enough to ignite taste buds, just wait until it’s topped with a buttery Ritz cracker crust. Kraft mac and cheese won’t taste the same ever again. 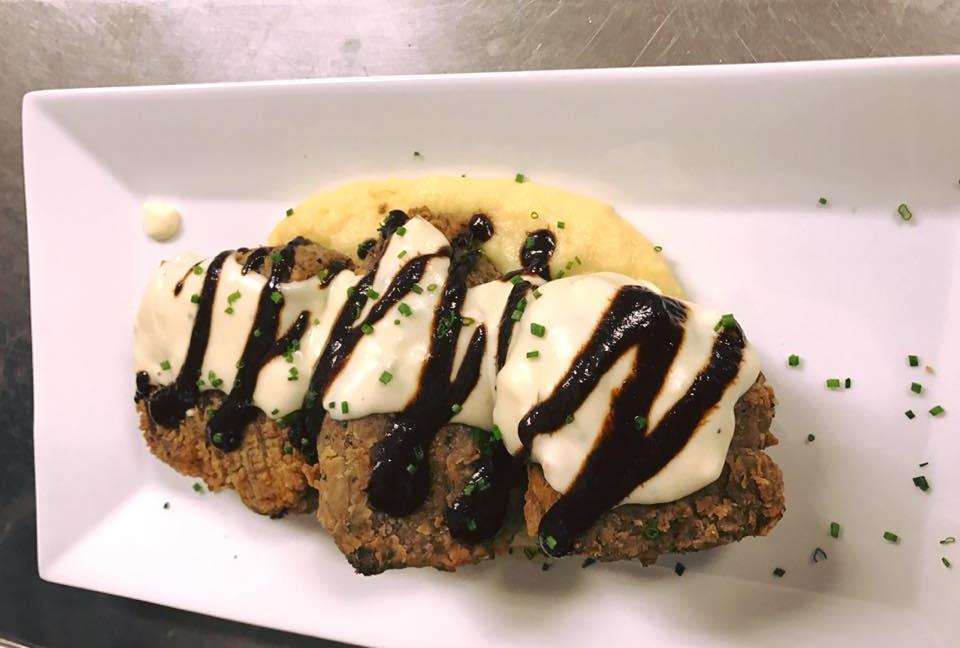 This twist on the traditional beef brisket features country battered and fried beef brisket covered with black pepper gravy. Top it all off with onion rings served over garlic mashed potatoes for a meal that sticks to the ribs in all the right ways. Trust me, you won’t go home hungry.

The menu lists this as a “Royal Platter” and after tasting it, diners will understand its nobility. Pig & Queen offers guests a choice of three meats and two sides, but the fan favorite combination consists of baby back ribs, St. Louis ribs and pulled pork with sweet potato tater tots and creamed corn.

Pig & Queen’s generous portions are known to fill diners up, but there’s a reason everyone is still saying yes to dessert. Caramel filled churros and vanilla ice cream topped with salted caramel sauce and cinnamon sugar dust make for a delicious end to the evening. The best part: the sweet medley of sugar lingers long after the plate has been cleaned.