After a whirlwind career that’s carried her around the globe, Corinne Erni now hopes to bring the world to Long Island. She’s recently joined the Parrish Art Museum as curator of special projects and looks forward to introducing her unique expertise, one developed through journeys across borders, professions and artistic disciplines, to new audiences.

Erni’s nearly 20 years in the arts have followed an unusual path, as her varied experiences have coalesced into a singular skill set. She arrived at the Parrish in September after having built a reputation for her international and urban themed projects like the biennial IDEAS CITY festival she introduced while at New York’s New Museum. Erni was able to bring artists from all over the world to the Lower East Side to create art, participate in performances and attend think tanks. She was able to do this because of connections she’d made even earlier. For several years, Erni developed international cultural events, bringing Swiss, Hungarian, Romanian and Slovenian art and performances to New York by parlaying the international and diplomatic skills she’d developed over nearly eight years working in the office of the Secretary General of the U.N. All of which followed a career in fashion that led her from her native Switzerland to Milan and finally New York. Along the way, she became fluent in six languages and cultivated a vast intellectual and cultural horizon. “You see,” Erni cheerfully admitted, “I like changes and challenges.” But the art world “was always the dream.” 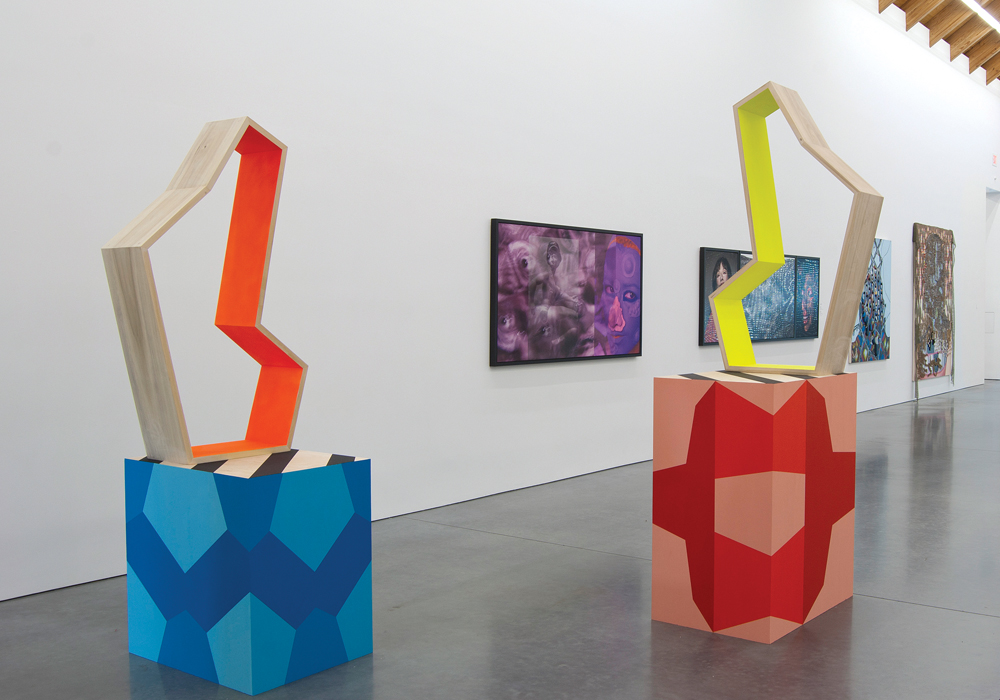 Whether through choosing artworks for the recent Artists Choose Artists exhibition or finding ways to excite younger artists like those in the current show of local students’ art, Erni’s polyglot, global perspective can’t help but inform all her projects. An upcoming 2017 Clifford Ross exhibition, part of the museum’s Platform series, featuring his signature massive-scaled photography and technology-based images of water gives her the perfect chance to work on the subject she’s possibly most passionate about: climate change. She’ll be organizing talks, workshops, lectures and programs with scientists, fishermen, marine experts and artists working together in ways she believes can have lasting impact. “Art touches people in a very different way and at a different level than if you tell them about the scientific reports,” she said. “People really react to images and to art in a very different, more emotional way. And I think that’s really the power of art.”

Thinking outside the box is Erni’s forte, and if the museum is the box, the outdoors is one of the places she might mount an exhibition. At the New Museum, Erni curated a piece that projected building-sized images onto the building’s façade, because sometimes, a new perspective is just a step outside. “That was my big baby,” she laughed. “Bringing audiences…of out of their comfort zone and putting them in different spaces makes them engage with art differently.”