Academy Award-winning Iranian filmmaker Asghar Farhadi crafts tense and gripping thrillers that feel more like documentaries about everyday life than fictional tales. His latest, The Salesman, revolves around a crime, but the surprising revelation of who did it is ultimately less important than why it happened and what it reveals about the marriage at the center of the film.

As in Farhadi’s Oscar-winning A Separation, his new film begins with an ordinary incident that ends up having an earthshaking impact on the lives of his protagonists. Emad and his wife Rana are a middle class couple living in Tehran, both acting in a community theater production of Arthur Miller’s Death of a Salesman. When excavation in a construction site next to their apartment renders their building unstable, they are left temporarily homeless. A fellow actor offers them an empty apartment in a building he owns, but fails to mention the flat’s troubled history. When an intruder seeking the previous tenant enters the home and commits a violent assault, Emad and Rana find themselves caught in a web of anger, trauma and vengeance that reveals previously invisible cracks in their seemingly perfect marriage.

From the simple visuals to the naturalistic flow of the narrative, Farhadi consistently tries to achieve a self-effacing style that leaves viewers unaware a filmmaker is guiding their cinematic experience. In fact, one of the few uncharacteristic flaws in The Salesman is several heavy-handed plot points that prevent the film from matching the subtlety of Farhadi’s earlier works. 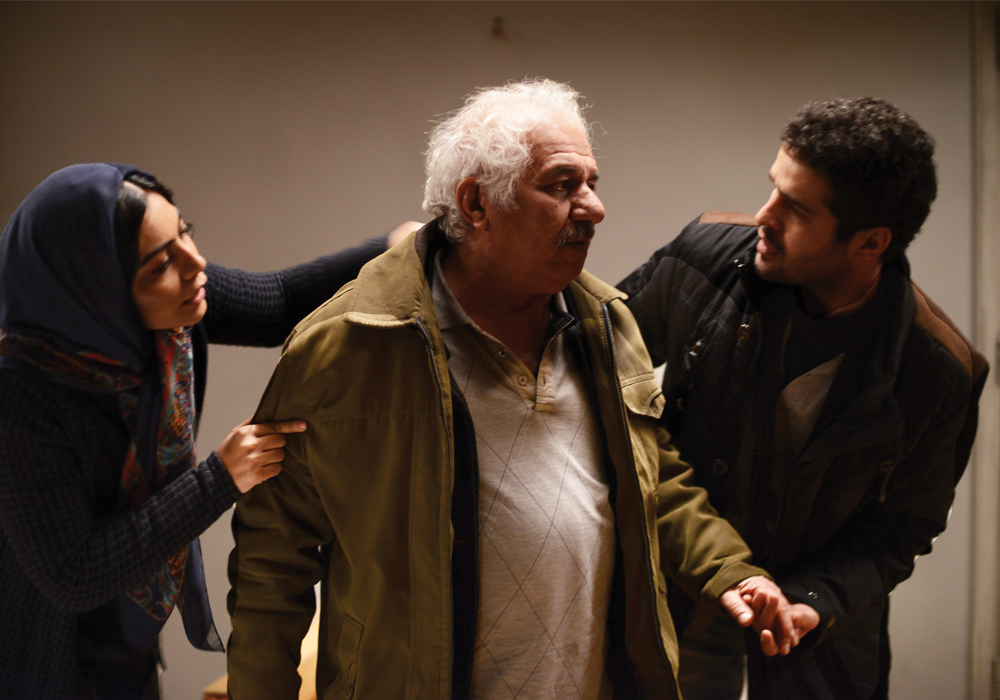 This unadorned approach would be impossible without an excellent cast. Shahab Hosseini, who won the Best Actor Award at the Cannes Film Festival for his performance, brilliantly captures Emad’s coiled tension and repressed anger. And Taraneh Alidoosti perfectly embodies Rana’s post-attack fear and shame. The film’s strong realism makes for a vivid contrast to segments from Miller’s classic tale, featuring Emad and Rana as Willy and Linda Loman. The playwright’s vision of a family haunted by regrets, dissension and broken dreams adds illuminating complexities to Emad and Rana’s story.

Farhadi immerses viewers in the quotidian reality of life in crowded Tehran. The film presents an intimate portrait of a married couple, yet also shows how their behavior and characters are shaped by the society around them. It strongly etches the dramatic divide in modern Iran between the freedom of private space and the moralistic rules in public spaces, which makes a home invasion all the more traumatic.

The film may be deeply rooted in a particular time and place, but the themes it explores will be instantly recognizable to viewers throughout the world. Just as Miller’s legendary play still speaks powerfully to families wrestling with the American Dream, Farhadi’s film will intensely resonate with anyone who has ever attempted the mysterious challenge of sharing their life with another person.