The Sundance Mountain Resort in Sundance, UT, is known by locals for its views. And that’s coming from people who are used to mountains. For those who call North Hills, Northport or Nesconset home, prepare to be blown away. Sundance is owned by Robert Redford, who strives to preserve as much of the untouched nature of the area as possible. It’s not only a beautiful place to ski, but a versatile one. It has 42 runs of beginner to expert terrain spread over 450 acres. Sundance Mountain Resort encompasses the ski area and a large hotel, which is obviously convenient. But guests don’t need to stay overnight to ski. This area has plenty of charms, in the forms of eye candy and active fun, no matter where visitors decide to drop their bags.

Ice castles to chill in. These are so cool. (Sorry. But really, they are.) Homestead Resort, only five minutes away from Sundance Mountain in Midway, UT, hosts the annual…festival? Display? Walk-thru wonderland? Whatever you call it, it involves 20 million pounds of ice and will be there until the spring thaw. Travelers can cruise around in a sleigh, if they like, rather than hoof it. 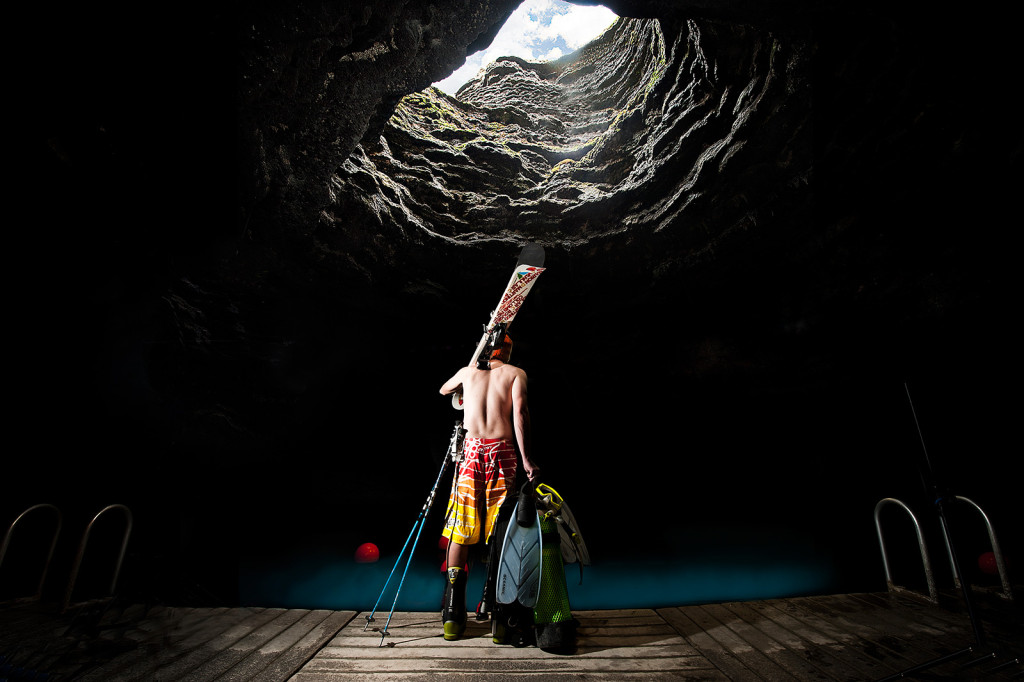 A crater to splash in. Homestead also happens to be the base camp resort for the Homestead Crater, which is basically a year-round hot springs inside an actual crater. It was formed when glacial melt got hot from being so far underground, and as it bubbled up, picked up minerals and, finally, left them behind outside. Look for the 55-foot tall, beehive-shaped rock. It’s hard to miss. Although there’s a fairly big hole on the top of it, inside it’s a consistent 90-96 degrees. Down below guests will find custom-built decks and a swimming area. Water lovers, plan to scuba dive or even take a paddle board yoga class.

A race to win. From kids to senior citizens, everyone gets in on the action of the Twilight Race Series. Swoop down the mountain for medals and (pretty decent) prizes. Competitors are split into groups by experience. In the Pro Challenge run, participants can compare their times to those of the “local legends.” Beat them, and walk off with swag and bragging rights.

A sky to touch. Ziplines are breathtaking for the thrill and the scenery. The Winter ZipTour at Sundance Mountain Resort provides both as it takes guests 180 feet above the ground. Two people can ride side-by-side and control speed, topping out at 65 miles an hour, or stopping mid-air for a photo of Mount Timpanogos.

A country concert to catch. The Bluebird Cafe in Nashville is where many major country stars—not least of all Garth Brooks and Taylor Swift—got started. The spirit of the cafe (including the tradition of the audience sitting on the stage, instead of the performer) has been transplanted to the Sundance Mountain Resort in the Bluebird Cafe Concert Series.

A film festival to see (and be seen at). The famed Sundance Film Festival happens in Park City, about 20 minutes away. It’s the largest independent film festival in the United States, and always attracts the glitterati (last year, everyone from Hugh Jackman to Don Cheadle and Lily-Rose Depp showed up). It can be tough to snag a room in Park City, but travelers can still soak up the excitement on Main Street by staying in this area, combining celeb-spotting with scenic skiing.

An author to meet. Another unusual perk of the Sundance Mountain Resort is its popular author series. Notable writers drop by to chat about their latest book. Past guests include Jimmy Carter and Madeleine Albright. On Feb. 11, Jane Mayer, author of The Rise of Dark Money, will be there.