Football fan or not, it’s nearly impossible to escape the anticipation over Super Bowl Sunday; it’s one of the most-watched television programs each year, after all. Whether you’re anxious to watch the game or just those famous commercials, there’s no better way to spend the day than with a whole bunch of diehard Long Island football fans. Get ready to indulge in some finger-licking Buffalo wings with beer at these Long Island Super Bowl 51 parties offering deals almost as sweet as watching Tom Brady get sacked. 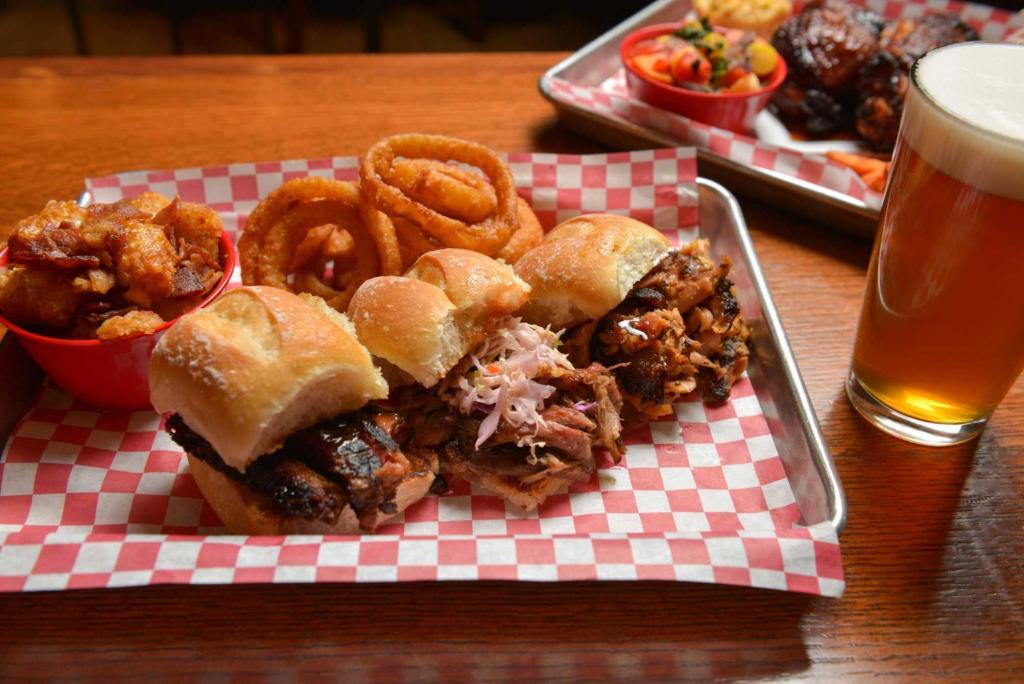 An all-you-can-eat buffet paired with drink specials for $22 (pre-paid) makes this popular neighborhood spot the place to be on Super Bowl Sunday. And L.I. Pour House is known for its delicious BBQ food and its self-serve craft beer system. There are also 14 HD TVs to scream at during the game and the opportunity to win some prizes in the midst of all the fun. Go

This long-running bar, which boasts four Long Island locations and one in Brooklyn, is always ready for the big game. Although $39.95 will get you entry at any location, the special varies slightly. But wings, a buffet and a long list of beers to choose from are guaranteed. Must call to reserve. Go 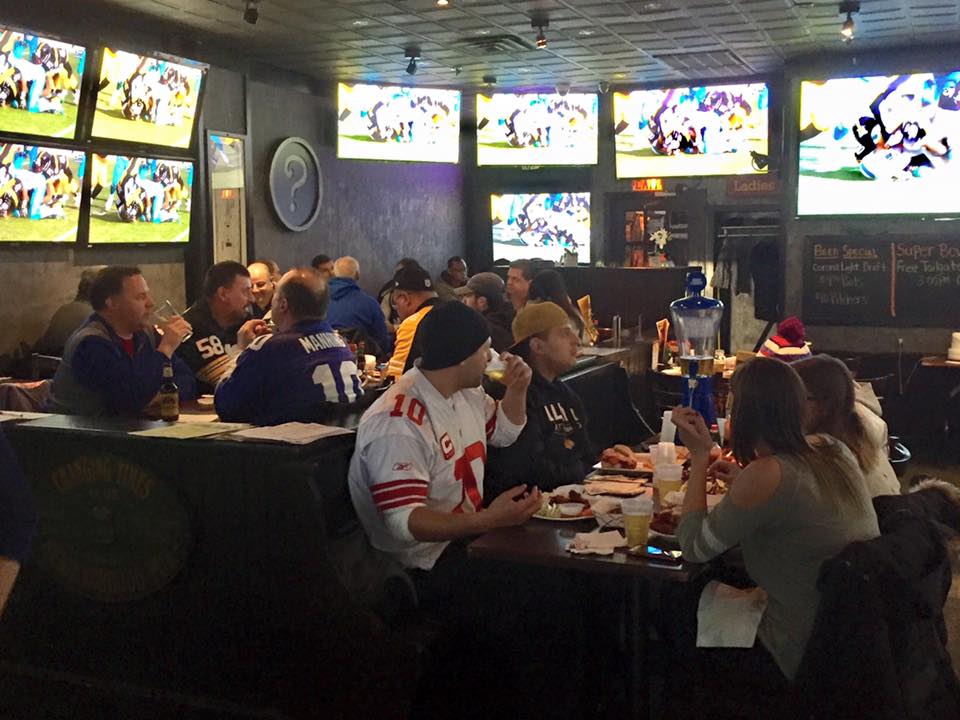 Beer, check. Wings, check. Dozens of TVs, check. Head to Changing Times Ale House’s Farmingdale and Bay Shore locations for a game night that includes $10 pitchers and great deals on flavored wings. And don’t miss out on the free tailgate BBQ from 3pm-6pm. This place will have you eating more than you probably should, but calories don’t count on holidays! Go

A friendly vibe, big parking lot and yummy bar food makes MoMo’s a special neighborhood bar on any night. It’s even better on Super Bowl Sunday when $50 will get football fans an open bar and buffet throughout the game. Go

Ditch the bar scene and head to The Cove for a more upscale Super Bowl viewing. For $30, football fans can enjoy the game on projection screens while chowing down on food from the buffet throughout the entire game in a modern, spacious restaurant with a beautiful harbor view that’s visible from the floor-to-ceiling windows. There will also be happy hour all day long making it double the fun. Go

Reserve seats early to catch the game with the whole family at this laid-back restaurant, which has more than 80 HD TVs. For $65 ($30 for kids), game night will include a full buffet, beer, wine and some fun giveaways. Go

Don’t want to pay a cover? You’re in luck! McCann’s Pub & Grill, loved for its friendly atmosphere and tons of seating and TVs, isn’t charging a fee. And once you’re in, there are numerous specials, including free raffles, wing specials and $4 beers. Go