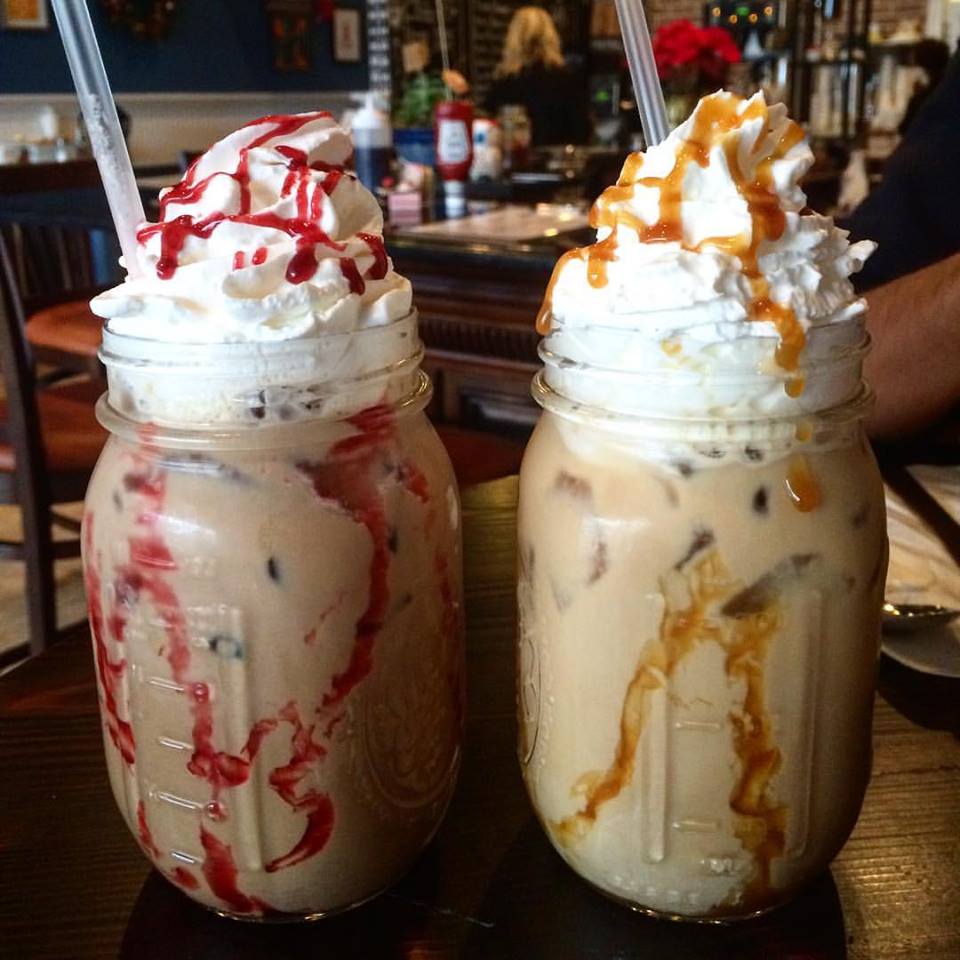 Soul Brew in Saint James lives up to its name. The new specialty coffee hub serves brews, teas, organic smoothies and breakfast and lunch delights to “feed the soul,” all while showcasing local talent.

“We have always been very big breakfast people,” said Jeff Petrocelli, who opened the spot in November with wife Nikki Petrocelli. “There’s no need to charge someone $20 for eggs. We just want to provide a high quality and [affordable] menu, and a place to make memories.”

In an effort to make those memories happy ones for customers, the Petrocellis brought in Kristin Walsh, a previous manager at Crazy Beans in Miller Place. Jeff and Nikki, who were regular customers of Walsh’s, were impressed with her customer service and asked her to partner with them as co-owner of Soul Brew. In her current role, Walsh is responsible for crafting the menu—which much to her delight, has involved some taste testing.

Walsh referred to the team cooperating as “the Three Musketeers,” and like the candy, the full breakfast and lunch menus are just as sweet. Her favorite dish is appropriately named The Kristin Scramble, after her. It contains sautéed caramelized onions, asiago cheese, asparagus and mushrooms over home fries.

“My favorite item on our menu is a pretty unconventional one,” said Nikki. “It’s called The Bird is the Word. It’s a sandwich with eggs, turkey, cheddar and strawberry jam. It might sound weird at first, but it is so addicting.”

Locals have already gotten addicted to Soul Brew’s weekend brunches. They flood the restaurant Saturdays and Sundays from 7am-4pm for rotating weekly specials like cinnamon swirl pancakes, steak quesadillas and “so gouda” burgers that serve as welcome surprises after a long workweek. No matter what Soul Brew is whipping up on any given weekend, the grub pairs perfectly with seasonal lattes. Right now the rainbow cookie, butterbeer and chocolate peanut butter lattes are all the rage.

The shop’s ambiance has a Long Island flair. Local artists’ work serves as Soul Brew’s décor, and musicians from the area provide the soundtrack to patrons’ evenings. Thursdays are open mic night, and live acoustic music events are held each weekend. Soul Brew also plans to extend its programming to cater to its customers’ interests.

“Our events don’t necessarily consist of exclusively music,” said Nikki. “A local hometown hero, here in St. James and Smithtown, is a baker named Rachel. She is the owner of Rachel’s Cakes. Rachel is going to be hosting a cupcake decorating class here in Soul Brew.”

The Petrocellis have more big plans brewing. They submitted an application to sell beer and wine, and Jeff said he would like to have Long Island micro-brews flowing through their taps and local wines being served by the glass.

“We believe those involved in local commerce on LI should support each other,” said Nikki.