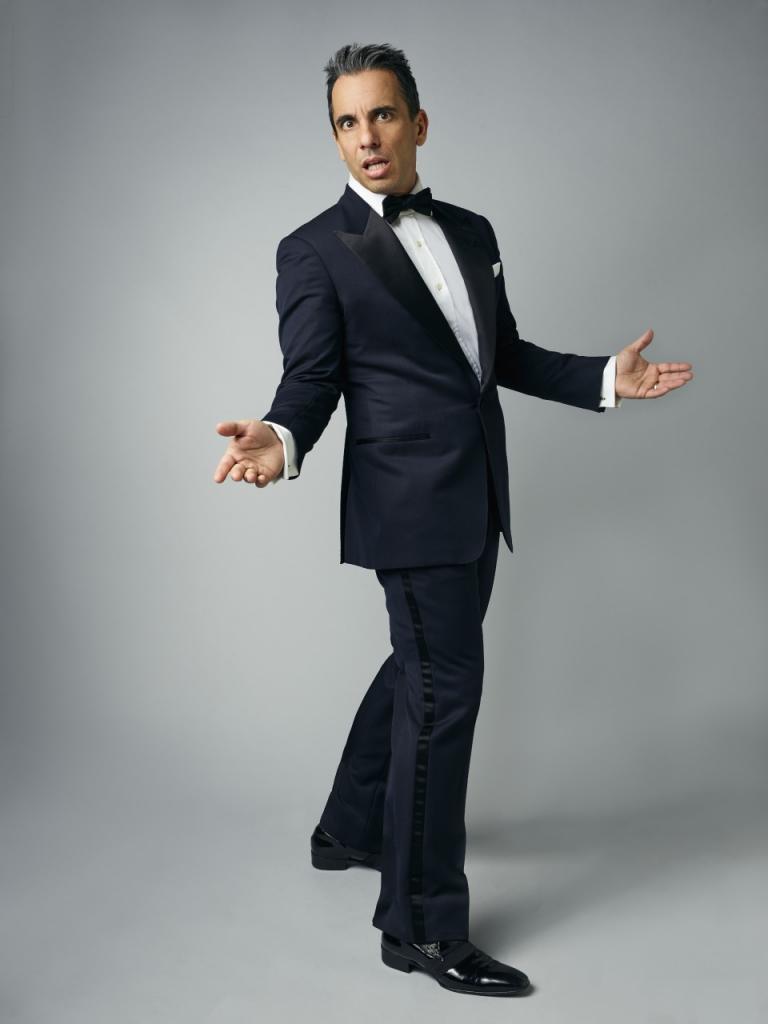 “Do you know how alone you have to be to have 838 photos of yourself in your bathroom?”—Sebastian Maniscalco on selfies, which he calls “lonelies”

Raised by a “half-Sicilian, half Italian” immigrant family, comedian Sebastian Maniscalco was inspired by his old-school upbringing in the Chicago suburbs. His parents taught him the value of hard work, manners and looking presentable, all of which he finds lacking in today’s society. Referring to himself as the “behavior police,” Maniscalco takes on social media, Uber, men wearing flip-flops and airport attire (“It seems like everybody’s rolling out of bed and they’re right at United Airlines in pajamas and slippers.”)

He was also surrounded by food. Growing up with his Italian grandmother living in the basement, he joked that it was like a lasagna factory. (“She was just cranking out lasagnas… Food just kept coming up the stairs for no reason. There was meat hanging from the ceiling!”)

The 2016 Just for Laughs Stand Up Comedian of the Year got his first big break when Vince Vaughn cast him as one of four standup comics in his acclaimed film, Wild West Comedy Show: 30 Days & 30 Nights. Mansicalco is an observational comic, talking about everyday occurrences from relationships to etiquette and food shopping, but his delivery is extraordinary. From different voices and facial expressions to Kramer-esque physical antics, he does not disappoint.

Along with Vaughn, Maniscalco’s fans include Tony Danza and Jerry Seinfeld, who recently featured him on Comedians in Cars Getting Coffee. Expect to see his memoir, “Where You Wanna Eat?” later this year. In addition to his hilarious weekly podcast, The Pete and Sebastian Show, the Los Angeles resident will be appearing in a number of films including the animated feature Nut Job 2, The House, starring Will Ferrell and Amy Poehler, and the indie drama Cruise.

Maniscalco makes his Paramount debut this month with 10 shows over the course of seven days from February 1-7.

“I always like returning to the NYC area to perform,” said Mansicalco, who filmed his latest Showtime special, Why Would You Do That?, at the Beacon Theatre. “I haven’t played The Paramount yet, but I hear it’s a fantastic venue.” 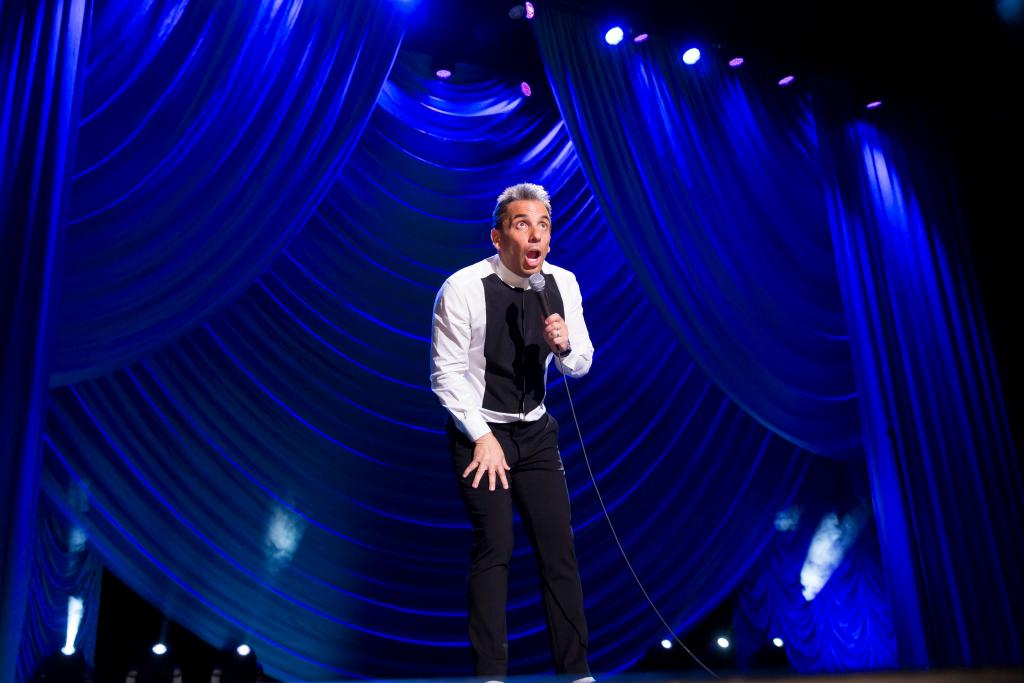 Pulse: You’re one of a small group of well-known Catholic comedians (including Jim Gaffigan and Stephen Colbert). What was it like being an altar boy at 8 years old?
Sebastian Maniscalco: Working as an altar boy at St. Cecilia parish in Mt. Prospect, Illinois was my first paying job. I not only worked the Sunday mass for free but got paid to work funerals and weddings… I really never thought about it, but living in a Catholic house sure provided me with a lot of material.

Growing up in an old-fashioned family, did your parents influence your desire to dress up on a daily basis? How has your style evolved over time?
My mother was the one who stressed dressing up. She always bought me nice clothes to wear to school. When I was in 8th grade, I won best dressed in my class. I’ve always loved clothes but my wife has really been instrumental in developing my style over the last few years. She introduced me to designers like Saint Laurent and Tom Ford. It’s not only important to look good while performing but also to be comfortable as well.

Who are your comedic inspirations?
I always loved the physical humor of John Ritter on Three’s Company. Growing up, I watched George Carlin, Jerry Seinfeld, Bill Cosby, Eddie Murphy and Don Rickles.