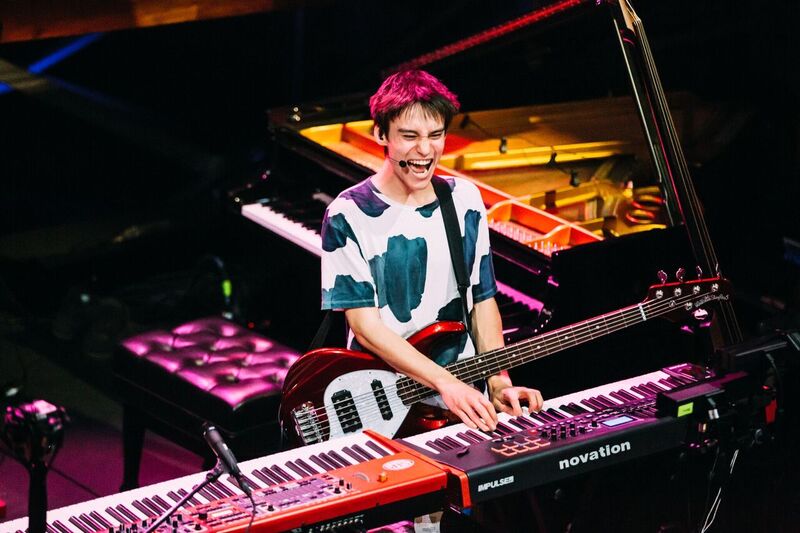 At its deepest level, music becomes many things: a lifeboat, an oasis, a source of hope, a well of joy. In tumultuous times, it can serve as a beacon of light to guide us through the darkness. To experience the otherworldly genius of Jacob Collier is, in the words of a friend, “like staring into the sun.”

Collier’s music is impossible to categorize, as it incorporates a multitude of genres, including jazz, a capella, groove, folk, trip-hop, classical, Brazilian, gospel, soul and improvisational. His sonic recipes are a magical concoction of traditional and world instruments, along with quirky cameos from assorted objects such as saucepans and marbles. Combining prodigious instrumental and vocal skills with infectious enthusiasm, the music of Jacob Collier is—without hyperbole—a joyful noise like nothing like you have heard before.

The 22-year-old London native has taken the music world by storm during the past year. Collier’s debut album, In My Room, was released in July and instantly rose to the top of the Jazz charts in 23 countries—also attaining the No. 1 spot on the Contemporary Billboard Chart—and has gone on to earn two Grammy nominations. This whirlwind journey began not long ago, when a YouTube video, self-made in the music room of the family home while Collier was still a high school student, caught the eye and ear of music legend Quincy Jones. A meeting between the two opened up undreamed-of doors for Collier, marking the beginning of a journey that has taken him, literally, around the globe. Audiences from every continent (save Antarctica) have been stunned to silence while being transported to rapturous levels of amazement by the sight and sounds of a young man who, it appears, can do it all.

Relaxing during the month of January at home with family and friends, Collier spoke with me from the warm, familiar atmosphere of his now-famous music room. He’s using the precious time off to recharge after an incredibly busy 2016, while preparing for a short American tour that opens on Feb. 7 at the Bowery Ballroom in New York City. 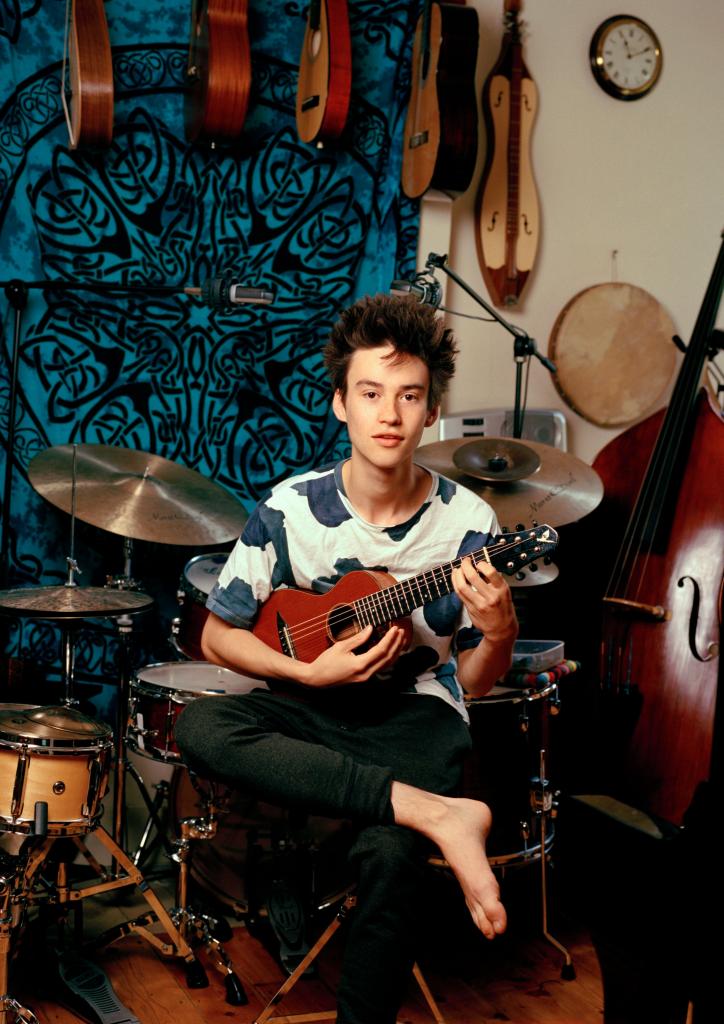 Pulse: I wanted to explore your thoughts on the joy of creation. Watching you onstage is seeing someone who is having so much fun. There’s so much going on, from an intellectual and a creative point of view, but there’s an emotional vibe present that reminds me of a young child on Christmas morning.
Jacob Collier: [Laughs] I would say that without the joy of creating things, I’m not sure what I’d be living for. It’s such a central part of my life and has been for so many years. It’s funny, because the whole live show thing, I had to learn, energetically, how to approach that. Having grown up in this music room, in which I’m currently standing, this was my playground for so many years, but the energy went inwards. When I came in the room, the energy was climbing in upon itself. It’s a very internal world. When it came to bringing that to the stage, I had to consider just how best, for myself, to share that energy with others.

At what age did you first start composing?
If I remember correctly, I made two little recordings in primary school, which I released for my peers and teachers, in order to raise money for a charity event.

And this process has been very organic; you’ve had no formal training, as I understand.
No. The only thing I learned formally was to sing classically. As a boy treble, I had some experience singing in operatic productions. That was my first performing experience, actually. I wasn’t being Jacob then, I was being the character I was playing. 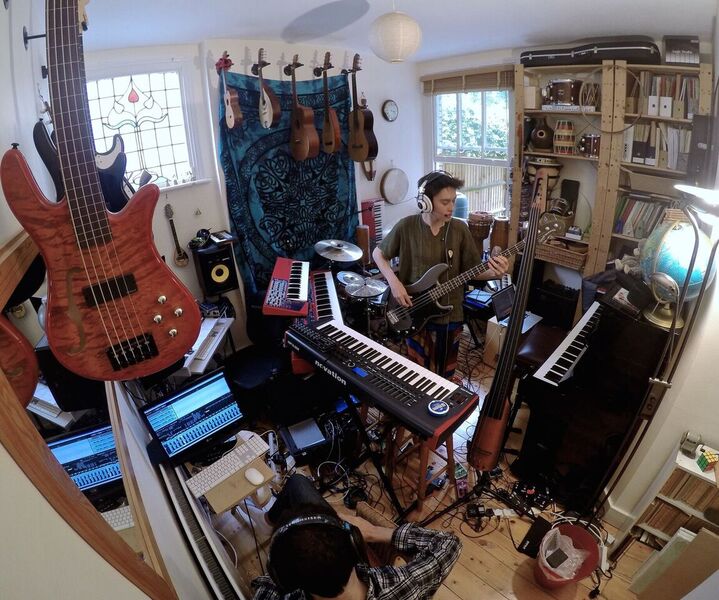 Your YouTube videos were the catalyst that led to Quincy Jones entering your life. How did that unfold?
[Chuckles] Well, I released the video of “Don’t You Worry ‘Bout a Thing,” which was the one that kind of went crazy overnight. I woke up in the morning with lots of crazy emails and one of them was from Quincy. And it was an unbelievable thing; I couldn’t comprehend the distance that video travelled in those few hours. It’s crazy! It’s still mind-bending to me.

I’d like to talk about the success of In My Room. Since its release on July 1, it has been the focus of a nonstop series of accolades and achievements. As its creator, how does one absorb all of this?
It’s an interesting question. I guess it comes down to the reason why I’ve done all this. If I’d done all this to be famous, to get people to love it, or to be able to travel the world, or to be able to have lots of money, I think I’d be a big-headed, little-footed person, unable to contain himself. I’ve always been such an avid expander, in terms of how I’m up for doing the next thing. I don’t think I’ve ever sort of “made it” in the sense of “now I’ve made the album, now I can go to sleep.” To me, it’s always a process of expanding what I know and what I think I know and unlearning things, relearning things … so as far as me as an individual is concerned, I don’t feel like I’ve changed too much, which is quite a strange thing to say, because so much has changed in my life, but the process of making music is still formed out of being a great big kid in a small room, and just making stuff for fun. I feel like I’m only scratching the surface of some of the ways in which music can be made.