So you’ve gotten yourself into another mess.

A fine kettle of fish, as they say. A heaping load of trouble, up to your hiney in alligators, and you’ll pay for a long time. Your life right now is pure chaos although, as in the new novel “Clownfish Blues” by Tim Dorsey, creativity may solve your little crisis.

Florida was consumed with Lottery Fever.

Nobody had won the last few rounds and so the amount rolled over, and over again. Lines doubled back and snaked through parking lots, while convenience stores and grocery aisles filled with hopeful people holding their lucky numbers.

With his trusty sidekick, Coleman, riding shotgun in a silver Corvette, Serge Storms decided it was a good time for their next adventure: a remake, new-for-the-millennium, not-quite-updated version of Route 66, shot entirely in Florida. The possibilities were endless for a couple of guys wanting to travel the Sunshine State, grabbing new gigs each week. It was fail-safe. It’d be fun!

Worm grunting seemed like a road to riches; fishermen who longed to catch The Big One in Florida waters always needed nightcrawlers, so Serge used his skills to enhance old-time methods of capturing worms. Turns out, it wasn’t quite as lucrative as he figured it would be, but grunting for worms was a nice way to hide a body–twice, in fact. 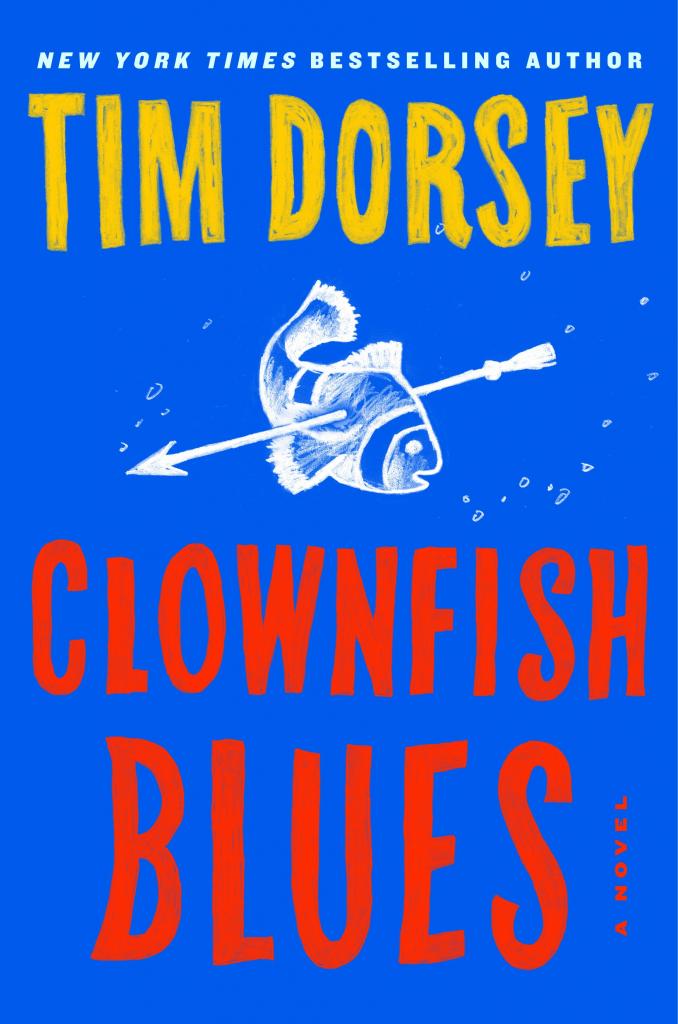 Being a hostage negotiator only required windbreakers, and the best part was that there really wasn’t a hostage. There was a lot more to becoming a psychic (more than just having a Magic 8-Ball), truthfully, but finding a hot babe was a nice perk to the job. And the next gig was just down the road because Florida was in the grip of Lottery Fever. It was chaotic and crazy. Everybody wanted a piece of the winnings, including police, drug dealers, cartels and one very stoned lawyer in Hialeah.

Normally speaking, to read a book by Dorsey is to take a wild, screaming ride down I-75 while standing on the back seat of a convertible. Fans, of course are used to it with Dorsey; heck, they’ve come to expect it.

But “Clownfish Blues” is like that, only with sinkholes every 10 feet; it’s just too much to stay upright.

There’s a huge overabundance of Serge-and-Coleman chaos in this book, starting with a Signature Dorsey only-in-Florida scenario and Serge-driven not-so-random travels up and down the state. Readers are re-acquainted with recurring characters from prior novels here, while other bit-players show up early and return only when you’ve mostly forgotten who they are. In between, Serge’s revenge tactics are fewer than normal, Coleman seems more clueless, and the bad guys don’t seem quite as bad as usual.

If you’re a fan, I’m sure this review only whets your appetite and nobody can take your money fast enough. If you’re new to the series, though, do not start with this book. Go find another, trust me. Fans will love this, but for others, “Clownfish Blues” is just a mess.