Step into Simon Indian Palace in the heart of Midtown, Manhattan and be transported into another world. From a Bollywood scene playing on television to a blue glow gleaming through the restaurant, this spot is bringing a fun twist to ethnic food since opening in January.

“We really tried to make a natural [environment] for our design and interior,” said manager M. Islam Kokan. 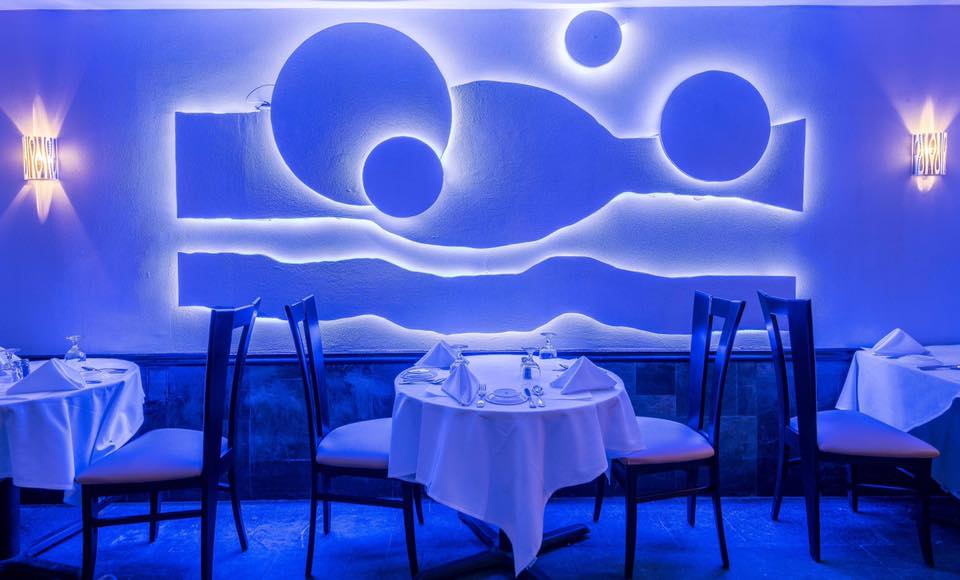 Of course customers can find the famous Indian dishes like Chicken Tikka Masala on the menu. But Kokan boasted about dishes that aren’t so easy to find at other Indian restaurants around the city, including the Chicken Apricot Seekh Kebab, which is mixed with peppers, Indian spices and grilled.

He also stressed that all foodies can find a dish to eat here. Vegetarians can chow down on the standout Crispy Okra appetizer mixed with cilantro, tomato and diced onion, meat lovers can pick from several lamb entrees while chicken lovers can opt for the “very, very spicy” Chicken Vindaloo. Not a fan of spicy food? Kokan said that’s not a problem as the restaurant has dishes that range from a little bit of spice to medium and very spicy. 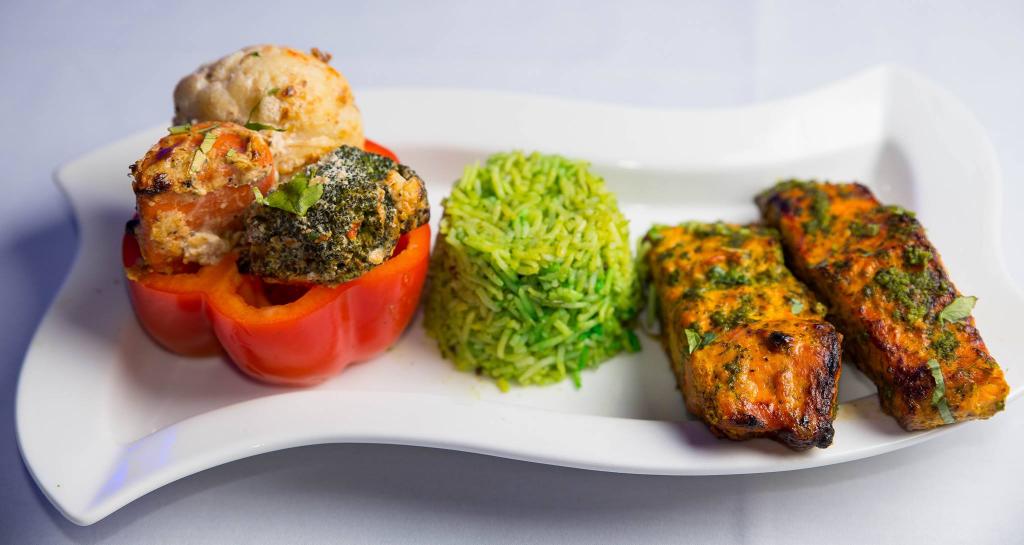 Worrying about carbs is probably not a good idea when eating at Simon Indian Palace since there are more than 10 bread options, including the Cheese Naan stuffed with house-made cottage cheese and the Keema Naan filled with lamb. Pair those with a cocktail, Indian beer or even bring your own booze—whatever makes the customer happy, said Kokan.

“If they want to bring their own bottle, I’m not judging for that!”