The African American Museum in Hempstead is taking guests beyond the history books with a series of exhibits that focus on hidden figures in history. The ambitious series takes visitors back to ancient Africa to show Africans’ early contributions in mathematics. It also has a room dedicated to the stories of Katherine Goble Johnson, Mary Jackson and Dorothy Vaughan, former NASA employees and the subjects of Oscar-nominated film Hidden Figures.

“We decided to focus on hidden history because the children are not going to learn some of these stories. A lot of their history is going to be slavery and maybe three notable African Americans,” said Joysetta Pearse, the museum’s executive director.

Though the Women of NASA exhibit has gotten more public interest since Hidden Figures hit theaters in January, art director Fatima White began research for it shorty after she saw Johnson receive the Presidential Medal of Freedom in 2015. The movie focuses mostly on Johnson’s work with NASA, but the museum decided to put more emphasis on her early family life. Her father and mother, a teacher, both recognized the value of education and helped her with her schooling. Pearse and White hope this shows Johnson wasn’t an anomaly, but rather a smart woman with good roots like white figures in American history.

“People looking at it will realize this is not something way out in la la land,” Pearse said. 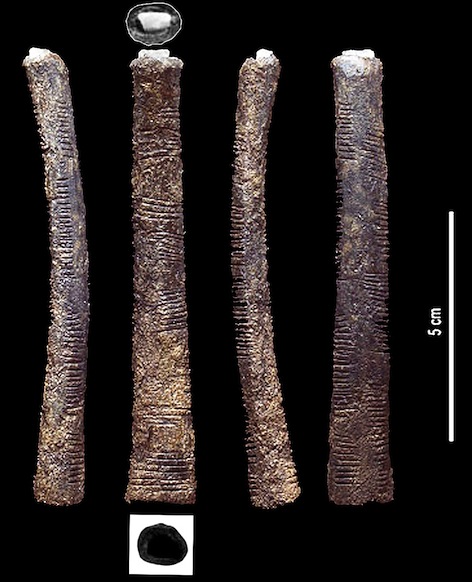 The next exhibit, African Genius, takes this several steps and even more years further by highlighting Africans’ use of and innovation in mathematics throughout history. A replica of the approximately 37,000-year-old Lebombo bone, the earliest mathematical instrument found in Africa, illustrates prime numbers carved on bones for use in simple to complex mathematical operations. The 18,000-year-old Ishango bone, also a mathematical tool, was used for time reckoning by following the observable course of the moon, establishing the basis for the lunar calendar.

The following room takes guests across the pond for The Black Royals. The exhibit highlights Queen Charlotte and Queen Philippa, two former English monarchs whose ancestry dates back to William the Conqueror.

“We never paid attention to the British royalty. We say, ‘Pomp and circumstance, OK great,’ but to know that you are connected that makes a big difference,” Pearse said.

This sentiment culminates in the final room, which tends to leave guests awe-struck. In The Good, the Bold & The Beautiful, Afro-Brazilian artist Ernani Silva uses vibrant colored paints like yellow and blue and mixed-media items, including rice and beans, to portray African life in Madagascar, where a relative of Silva’s once lived, and his homeland Brazil.

“It adds a sense of the African culture all over the planet,” said White. “There’s a vibrance of color and culture, the dancing is here, the music is there. There are people of African descent all over and we’re all connected.”