Victoria Daza fled the Peruvian dictatorship of Alberto Fujimori and came to America with her family in 1994. She was five years old. She now works with Long Island Jobs for Justice, a coalition of labor unions, community organizations, congregations and faith-based organizations and students that advocate for workers’ rights. Daza shared her perspective on immigration, which comes from her knowledge of the system both personally and professionally.

My family was in danger because a family member was a civil liberties lawyer. She defended people accused of terrorism under the dictatorship. She was jailed and murdered by the state. Our family felt our lives were at stake due to our connection. We had to flee. All I knew was that we were going to go to the United States and it was a big deal because at the time there was a perception that the United States was more advanced.

I was able to be a citizen by the time I was 13 [Daza had asylum]. Something I do like to point out to people not familiar with immigration was that my aunt was a civil liberties lawyer so she knew lawyers in the US and that really helped our family a lot in terms of having access to legal services…and being able to find a pathway to citizenship. But even for a family who had those connections, it did take me seven or eight years to get citizenship. There’s a lot of paperwork, court dates which often get pushed back. For asylum, we had to prove our lives were in danger. That took time. Documentation can come from medical or police reports, but in some areas the police are corrupt. Sometimes there are no reports.

I think migration is a right. I know that’s really radical…if someone is not hurting anyone else and they are law-abiding, they have the right to be here. I don’t believe terrorists should be allowed in the country; however, I don’t think it’s right to single out a different nation and say, ‘Their migratory process is going to be more difficult than other migratory processes.’ The US already finds out about [potential terrorists] through the CIA and intelligence. The US has the no-fly list internally and externally. Those are very much based on individuals versus a policy against an entire country. 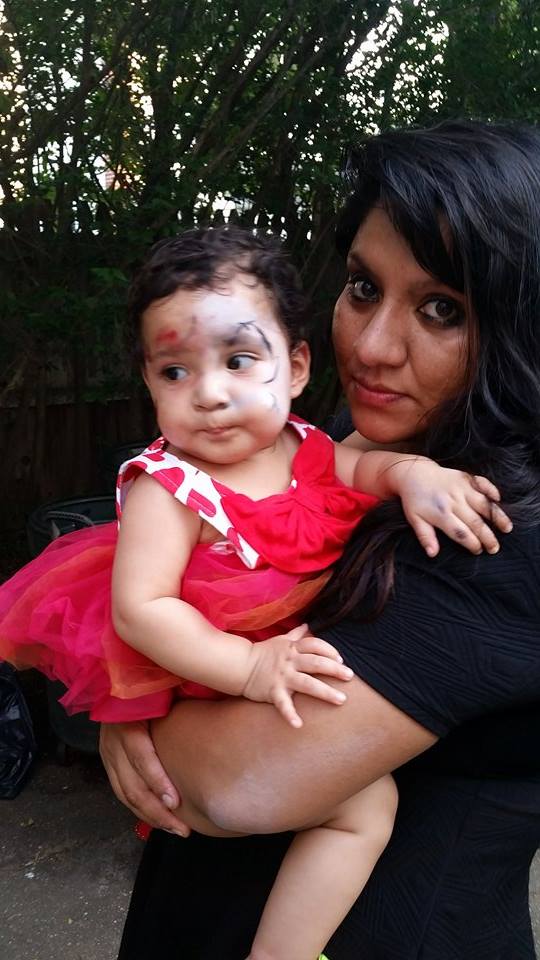 Victoria Daza is raising her daughter to be bilingual. “Language is a part of culture,” she said.

I know some people believe they have to assimilate to survive. [But] there are people who have lived in the States their entire lives and don’t know much English and I feel like that’s OK. The question is, why should people be required to do that? I have a child and I’m raising her to be bi-lingual. Language is a part of culture and people have the right to keep that alive.

Before the election I had these plans to go back to school and be an art therapist. I felt really burned out but it’s really re-invigorating. I’ve never felt so fierce about my right to exist in this country, as a woman and person of color. This election has made me feel like I have to defend my right to exist here—like my identity as an immigrant and woman of color is being criminalized. I think resistance in any country to object laws is good [for discourse] because it’s helping the people who are oppressed. It helps people survive.

My family didn’t come here for the land of opportunity, we came here to escape. But my family, when they came here, were like, ‘Oh my gosh, the police are so nice.’ They felt safe. I feel like that sense of safety is lessening for me. I worry about my mother. I was a little kid when that happened but she was an adult whose sister died. I wonder how much this is going to trigger her.

Donald Trump’s divisive first 100 days has left people wondering if the American dream is still alive. Pulse asked recent immigrants and community members with differing viewpoints to share their thoughts on immigration. Tomorrow, a Deferred Action for Childhood Arrivals (DACA) recipient talks about why, even in uncertain times, she proudly pledges allegiance to the flag.