Laura Lemus came to the United States with her parents when she was six months old.

I’ve spent most of my life here. My parents have been here about 25 years…[When] I was born…[my father] realized he…really appreciated the American values of education as the opportunity to be whomever you wanted. He really wanted that for me.

My mom was on a visitor’s visa. The only way to come to the United States is a work visa, a visitor’s visa or if you’re petitioned by a family member. [My parents] had no one here. They had no connections with any employers. After the visas expire, there’s no pathway to citizenship or permanent residency. That just doesn’t exist—which really goes into why the system is so broken. [My mother] applied for another visa but it was denied [by Mexico]. They overstayed visas and we became undocumented.

I’ve always grown up aware of my status. I understand there are safety issues and conversations about how it’s going to increase illegal immigration but in all honesty if people are trying to escape their country, it’s for a reason. You don’t leave your language, home, family and everything you’ve known just because you feel like it. 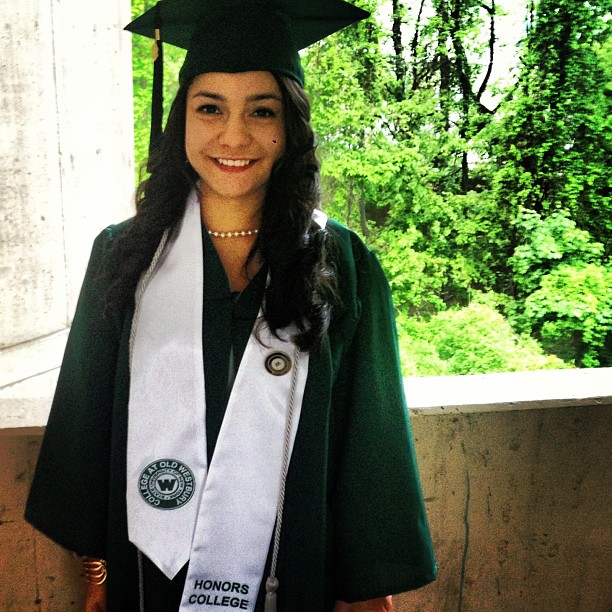 Lemus had no access to financial aid in New York State because of her status, but she and her parents paid out of pocket for her to attend SUNY Old Westbury. Shortly before she graduated, President Obama started the Deferred Action for Childhood Arrivals policy in June 2012. The policy allowed certain undocumented immigrants who entered the US before their 16th birthdays to receive a renewable two-year period of deferred action from deportation and eligibility for a work permit. About 750,000 signed up, including Lemus.

I was able to work legally and able to continue my career aspirations which led me to a non-profit. I started to realize that having a voice and a story can be used as a tool to change hearts and minds…the first time I came out and told my story [at a United Way Dream conference her junior year in college]. The reaction was great and later I had to do it with the people who are anti-immigrant and it was the same reaction. People came up to me and said, “Wow, I had no idea. I never thought you were undocumented because you don’t have an accent and you go to college.”

Lemus will have to break down those myths while wondering what the future holds for her because Trump is threatening to repeal DACA.

The scary part [is] not knowing. Not knowing when the new administration is going to remove [DACA].

I feel pride, a sense of attachment, to the American flag, to the Pledge of Allegiance, to the red, white and blue. I’m proud of everything about America, the values, the freedom. There’s a lot of freedom here. I don’t see myself anywhere else.

When I hear New York or Long Island or my little hometown of Sag Harbor, I feel proud of it and possessive of it just like anyone else. Especially lately, I feel very proud to be a New Yorker and see New Yorkers resisting against these executive orders. These are my neighbors, the people who surround me and keep me safe.

I would tell Trump that I am as much of a New Yorker as he is. They say that immigrants love this country more than people who were born here because we choose to be here every day. For young Dreamers who didn’t have the choice to come here initially but fight every day to stay here and to fulfill our American dream, that may say more than someone who was just born here and growing up here. I’m fighting every day to stay in my home.

This administration has flipped everything completely around. I’m in this work day in and day out. It’s frustrating and overwhelming. Even though we are talking about creating a wall and we have this executive order that’s luckily currently blocked and people are still fighting to come here. I think that says a lot about what America represents. And there are so many people who are saying, ‘No ban, no wall, this is not my America.’ They are really standing up for American values. People from the outside see this.

We see the support and solidarity. I don’t think that image will change but…this will be a difficult administration. Even though people are scared about what is going to happen, I have seen a sense of unity. When something awful happens, you really see the great side of people. We saw marches all over the world the day after Trump was inaugurated. It wasn’t just America, it was all over the world.

It took this damaging administration to wake up a lot of people [about the racism, sexism, homophobia and xenophobia in the United States]. Is this scary? Yes. What we could have done is a great question…but now we are where we are and I think the question should be, ‘What are we going to do about it?’ A lot of resistance. We’ve seen it. We’ve felt the power of it [in court votes blocking the ban]. It won’t be the last executive order. I’m expecting a lot from our elected officials. I’m expecting them to resist as well. We have to keep putting pressure on them. There’s a lot of organizing being done to really target and set up talks with the most conservative of our elected officials on Long Island…If there’s one thing that elected officials care about it’s votes and we’re coming out in numbers to show that our votes will depend on how they act.

I’m not going anywhere. Mexico is a beautiful country with beautiful people, my beautiful family is still there but this is where I want to be. I have three US citizen siblings. My parents have fought their whole lives to keep the family together. They gave up so much, I’m not going to throw in the towel. This is my home. I’m here to stay.

Donald Trump’s divisive first 100 days has left people wondering if the American dream is still alive. Pulse asked recent immigrants and community members with differing viewpoints to share their thoughts on immigration. Tomorrow, web editor Anna Halkidis will look at how, despite having a positive impact on the economy, immigrants have many reasons to leave.