Your last vacation was really fun. Those seven days felt like 10 minutes. And then you were back to work, where 10 minutes can seem like seven days. Why is that? How come enjoyable things whiz by fast and why do you wake up seconds before the alarm goes off? Read “Why Time Flies” by Alan Burdick, and just watch…

Related Content: “The Secret Life of Fat” is Refreshing

What time is it? Chances are, you ask that question many times a day, even sometimes when you already know the answer. But how do you know the time without looking at a clock? How does time speed and slow? Better yet, how do tasks seem to exactly fit the allotted time you’ve got to finish them?
To find out, Burdick started at the International Bureau of Weights and Measures, near Paris. That’s the place where time is set, “uniform and equivalent across national borders,” and where the most exact time in the world is kept–a time that’s so accurate that it’s not set until next month.

Time, you see, is a conundrum. 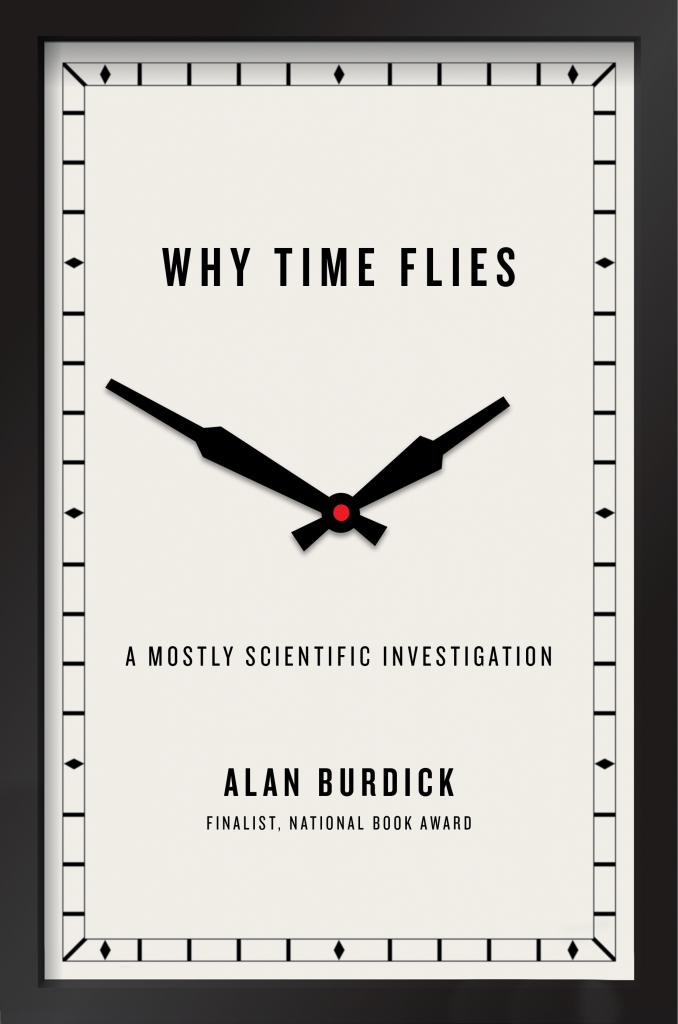 It started–and remained through most of history–as an Earth-based thing, though early humans didn’t have the same sense of “time” that we have now, “now” being a slippery thing in itself. Ancient timekeeping used a sundial to indicate morning or afternoon; we generally use computerized systems run by exquisitely accurate clocks that “register 13 billion pings from computers around the world” each day.

Also because we agree that we can, we bend and twist time. Shift workers push their circadian rhythms to the limits. Speeding jets can, in an Einsteinian way, slow time (by nanoseconds, but still). Time seems fleeter when you’re older for a good reason, and yes, time flies, but mostly when you’re not really looking.

Here it is, February, and it feels like Christmas was both yesterday and a million miles ago. That’s all in your head, says author Alan Burdick, and in “Why Time Flies,” he explains.

We can’t touch time, but we know what it is. It’s sometimes hard to define it, however, but Burdick’s research helps as he takes readers around the world, to the top of the Earth, and below-ground in a search that speeds through deep science so quickly that grasping some ideas can be a challenge.

That makes this science-y book readable as well as enjoyable, so job-holders, parents, the science-minded, or anyone who says “Look at the time!” should look at this book. Read “Why Time Flies” and you’ll be having fun.