Following the death of dictator Nicolae Ceaușescu, Anita Halasz came to America in 1990 at the age of four from Romania.

[The government] had very communist beliefs to the point where a lot of the people in the villages, including the village we were in, were very impoverished. It was difficult to fulfill basic needs. My sister had to ration the milk with me. It was a very difficult time financially.

My father was skilled in carpentry so he came here and did carpentry until he was able to petition for us. We grew up with two full-time working parents. They were able to have jobs, not that they were secure jobs, but they were working and we had a two-income household. My sister and I both graduated from college. My parents were privileged and I continue to be very privileged. My family was coming from an Eastern European country, so immigration is much easier just because of the color of your skin. Despite that you may have trouble assimilating into a culture that says they love immigrants but doesn’t really.

As [a young immigrant], [I navigated] the American culture and school system with parents not particularly familiar with the system. It oftentimes felt like I was alone. I don’t even know what I did to do it. It’s just what my life was at the time. It was hard but I had to do it. 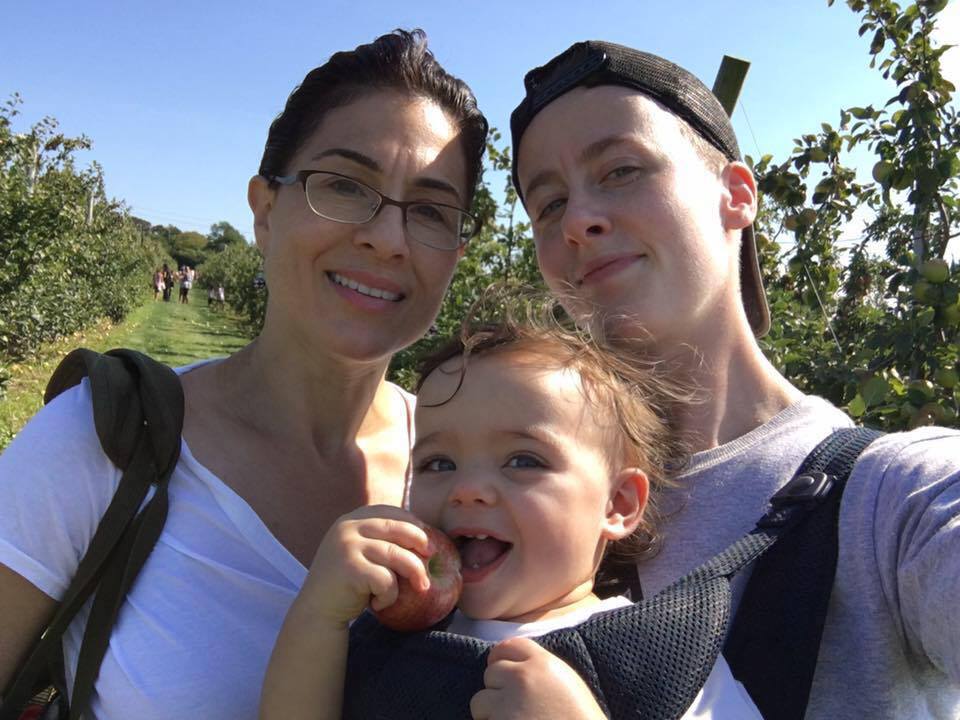 But Halasz doesn’t feel like she’s fulfilled the American dream.

[The American dream] is just this facade created to keep people existing solely for the individual and not really thinking about our communities as a whole and how to take care of one another. Our individual success is actually based off of the success of everyone surrounding us. I don’t think the American dream is real and I think making it difficult to achieve is what keeps people fighting to reach it and I think it’s exhausting.

We’re making it acceptable for people to hate. I do feel a commitment to protect my neighbors, everyone who lives here on Long Island, everyone who feels disenfranchised. I feel like I should use whatever privilege I have to protect them. People think it’s ok to be vocally racist, sexist and classist. Let’s make it ok for us to be vocally anti-racist, anti-sexist and anti-classist. I think it’s heading in that direction. A lot of people are fired up. As someone who has worked in not-for-profit for over five years now, I’ve never seen the amount of people who have wanted to get involved than I have with the recent change in administration. I think the important thing is that we don’t burn out in the process because defending rights can be exhausting, challenging and difficult but I think we’re headed in the right direction. I think this change in administration has inspired and motivated people to step it up a notch.

Donald Trump’s divisive first 100 days has left people wondering if the American dream is still alive. Pulse asked recent immigrants and community members with differing viewpoints to share their thoughts on immigration. Tomorrow, an immigrant who lost his brother to a hate crime talks about how he found his voice after tragedy.