Hong Kong native Ritt Lam followed in his father’s footsteps and became a restaurateur. Throughout the 90s, Lam opened eateries, buffets and hibachi restaurants in eight different locations. On Dec. 1, 2016, Lam opened his latest venture Ocean 88 in Port Jefferson with one mission in mind: to bring Asian fusion to a waterfront town.

“The beautiful waterfront location connecting Connecticut to Long Island with no nearby hibachi competitors was very appealing to me,” Lam said.

The sea-inspired menu offers a combination of comfort food and traditional hibachi dishes. The Thai entrees and sushi have been a hit, but Lam recommended the hibachi combination dinners prepared by hibachi chef Sasaki.

The restaurant recently began offering a full Chinese menu as well as a Shabu-shabu option, which is a Japanese dish of thinly sliced meat and vegetable boiled in water and served with dipping sauces. The dish is brought to the table on a hotpot, a simmering metal pot, where guests cook their meat or vegetables piece by piece. Giving guests the opportunity to cook their own food is “a fun and unique dining experience,” said Lam. 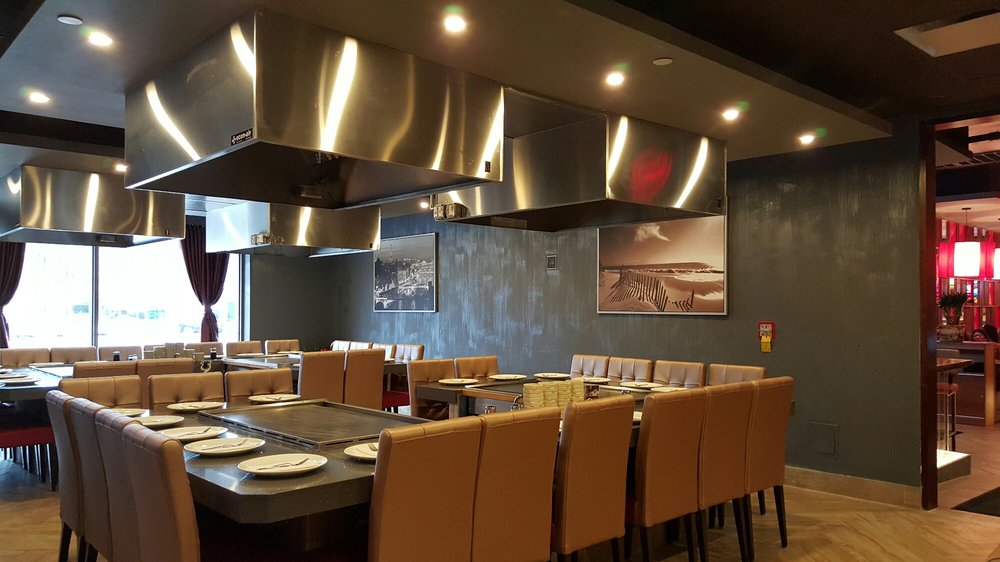 The hibachi section of the restaurant has large stove tops surrounded by about 20 chairs, making it a perfect spot for large parties or smaller groups. Guests hoping for a more laid-back private dining experience are welcome to do so in the main dining room. Both rooms are decorated with authentic Japanese art and plants and the dimmed red and blue lighting provide guests with a cozy seating arrangement.

For those on the go, Ocean 88 also offers a delivery service and online ordering. Deliveries within a 5-mile radius are free of charge and typically take about 30-45 minutes to deliver.

“I want to bring my unique recipes to Port Jefferson and give people a new concept of food and taste,” Lam said.

Good food, vibes and service have Ocean 88 positioned for success with or without a good omen, but Lam made sure luck was on his side anyway when he named the eatery: In Chinese, the number 88 means money.

“This is good luck for a restaurant,” Lam said.