Seven years after opening her own restaurant in Bayside, Queens, Chef Maria Petridis received an unexpected call that would take her career to the next level. It was an opportunity to participate on Food Network’s Chopped where four chefs compete against each other for a chance to win $10,000. To this day, she has no idea how producers scoped her out, but her appearance on the show has fans stopping by Maria’s Mediterranean Seafood & Grill on a regular basis.

“Every 10 minutes,” Petridis joked about how often a new face pops in. “I’m so happy that I reached so many people in different ways.”

Related Content: Where to Find Great Greek Food on LI

Petridis, whose episode aired on Dec. 27, migrated to America from Serres, Greece in 1989. She didn’t speak a word of English and learned the language watching cartoons while raising her children. She also never went to cooking school. Instead, she learned to navigate her way around the kitchen while growing up in her Greek village where she milked cows and chased chickens. In 2011, her husband Kyriakos Petridis bought the restaurant on the busy Bell Boulevard and trusted that his wife would make culinary magic.

“He told me, ‘Just go in the kitchen and do whatever you did for us all these years,’ and I did,” she said. 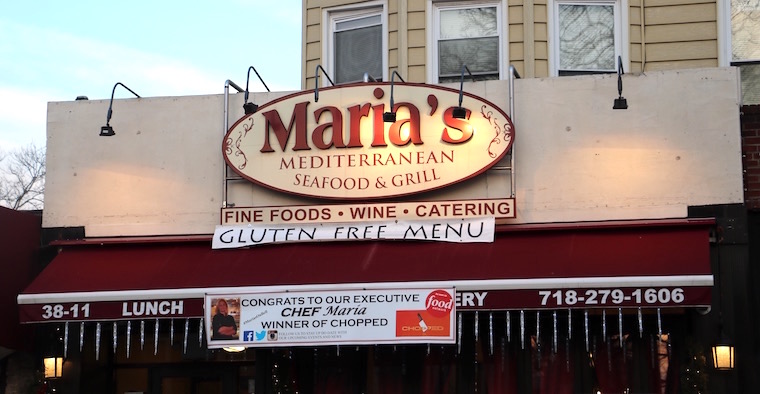 Mr. Petridis was right. It wasn’t long before customers kept returning for a taste of ethnic Greek dishes, including moussaka (an eggplant dish) and pastitsio (a pasta dish with ground meat). The top seller, she said, is the grilled octopus appetizer served over baby arugula with sun dried tomatoes and a light balsamic vinaigrette. Diners frequently also order Maria’s Oysters, which are broiled and topped with sautéed spinach and parmesan cream sauce.

“[The dishes] are the same way that I learned to make them from back in the day when I was like 12,” she said.

Petridis even used some Greek culinary tricks to help her win the show, which challenges contestants to make a three-course meal with mystery ingredients given to them in a basket. In the final round, she put a spin on the Greek dessert baklava using grape leaves, wild blueberries, tahini ice cream and cherry gel candy. 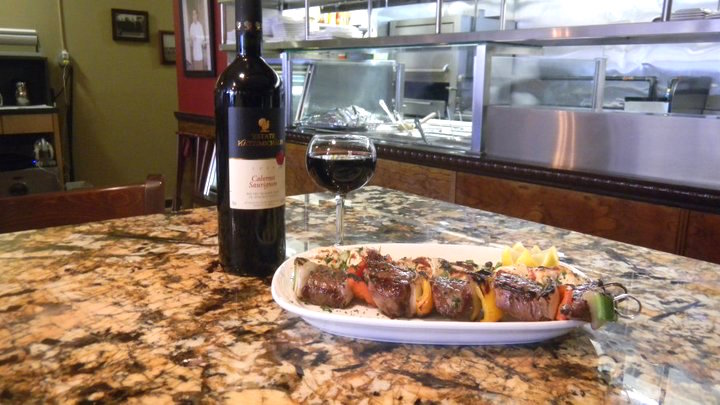 Aside from her cooking skills, Petridis also shared her life story on the show. Her words proved that hard work really does pay off—and many who come to her restaurant thank her for that.

“People seem to like the idea that a person who wasn’t trained or didn’t even speak English [made it],” she said. “They can relate to that.”