Talk of walls, executive orders for travel bans and a rise in hate crimes have turned a Nation of Immigrants into a one of fear. But in a nation with checks and balances, policy decisions are not decided with the stroke of a pen—as evidenced when Donald Trump’s travel ban was halted by the courts. Lawyers and judges have been thrust into the spotlight as they sort through rhetoric and fear to uphold America’s safety and the Constitution.

Eileen Bretz of Bretz & Coven has spent nearly three decades in the trenches representing immigrants. She provided insight into humane deportation, immigration policy and what rights all people—regardless of whether they are documented immigrants—have.

Are immigrants more at risk for deportation under Donald Trump than they were under President Obama, who was known as the Deporter in Chief for sending about 2.5 immigrants back to their homelands?
Obama…had a plan, a priority schedule. The people targeted by ICE officials were affiliated with gangs, had felony convictions and orders of deportations in those convictions and may have had sexual abuse cases. It was really more the violent crime he was trying to clean up and that gave directions. When Trump took office…he said, “We’re not just targeting these priorities, we’re expanding that.” He pretty much put in anyone here without legal status, not just those who might have committed a crime. If you were charged with a crime and there is no final outcome, you’re in that pile too. He’s left a lot of discretion to the ICE offices which is a little scary because this is an agency notorious for mismanagement in the past. Now the net has just tripled in size.

Does this encompass green card holders and visa holders or just undocumented immigrants?
Immigrants as well as non-immigrants. As long as you are not a US citizen. Let’s say you got here when you were two years old and have been a green card holder your whole life and got arrested for something. Whether it’s been deposed or not, you can be targeted. 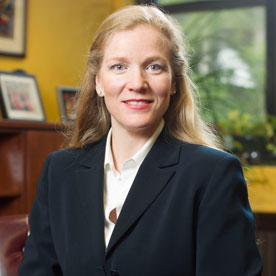 But only if you got arrested.
Right. If you are Joe Citizen with a green card and you go to work everyday or school everyday and pay your taxes, no one is bothering you. If they stay out of the country for an extended period of time, they have something to worry about because they could be deemed to have abandoned their status, especially if it is a Muslim dominated country, they’re going to really look into it and say, “Why were they there?”

How long is too long?
That’s hard to say. Some of the things I’ve read say three months is too long. They’re worried that people are going there and getting some kind of training and may be a threat to the US and our safety. But people might just go there for three months during the summer and they’re going to be looked at anyway.

In Texas, an undocumented immigrant was a plaintiff in a domestic violence case and arrested. Should undocumented immigrants, whether they commit a crime or not, be worried?
For a while, there was a sharing of information from the court system to immigration. Here in New York, that had stopped. Being a sanctuary city, they weren’t sharing information anymore. But in states where they are, yes, people are more vulnerable to an ICE detention or arrest.

If there has to be deportation, what is the most humane way to go about it?
We want to keep America safe. Those who are violent, criminal aliens are going to get deported. That makes sense. Right now, they detain them and get a travel document. The humane way to deport someone is to deport them as quickly as possible without this lengthy stay in detention so everyone’s life can move forward quickly. They could start their lives over and whether those children leave too is up to the family.

What happens to those children who decide to stay?
They become a ward of the state or may bounce around from family to family. They may not grow up to be very secure people.

What advice do you give immigrants?
We all have the same rights here in the United States. The Constitution is what’s going to rule. If someone walks up to you on the street and says, “What’s your name and show me your ID.” You don’t have to show them anything unless they have a warrant specifically for you. You shouldn’t lie or give a false name but you are not required to answer questions. They have to have probable cause, so under the fourth and fifth amendments you’re protected. At the airport, you don’t have these protections but once you’re here and a US citizen, green card holder, visa holder, undocumented or overstay, you are still protected by the Constitution of the United States.

It appears the Trump administration is not going to fight for the travel ban in the Supreme Court but rather rewrite it. What would be a better way to do so?
Rather than have an executive action, the right thing to do would be to change the requirements for entering the United States, to say that people would have to go through additional security clearances and just put those in affect.

But there is the fear of global terrorism, of allowing the wrong person into the country. What type of vetting process is fair?
What’s in effect now [finger printing and background checks] is fair plus if they wanted to go beyond it. It seems like the next step is to look at people’s social media, to see what they like, their interests and posts. From the San Bernardino incident, there was enough information on Facebook that might have opened people’s eyes before they got the green card. There were associations with terrorist groups, fanaticism with terrorist groups. It would be fair, if you’re out there posting it for the public to see, I think all of that should be fair game.

There are ever-changing quotas as to how many immigrants can enter the United States. Why is this?
The purpose behind quotas is to make sure there aren’t too many immigrants taking US jobs and the influx wouldn’t overwhelm the country. The only thing that doesn’t have a quota is immediate relatives quality. Otherwise, it’s a very long wait. Should the quotas go up? I think so.

But does it matter? Is an American-born citizen entitled to a job more so than an immigrant?
That’s a valid question. It seems like those whose families have been here for years feel that it’s their’s and not anyone else’s. You’re right. Does it really matter where your birth took place?

How can we smooth out the path to citizenship so it’s safe and fair?
Everything with immigration seems to take a long time but how do you make it faster if you want to have more security checks? I don’t think it’s going to happen. I think it’s only going to get worse time wise.

What about DACA?
For some reason, the original order had an age limit of 31. There are still people without DACA status who have lived here their entire adult lives and are in their 30s and 40s. I think it should be expanded on and people would take advantage of it. If they take advantage of it, there will be more people that have proper paperwork and can pay proper taxes and give more back to the United States.

How can we secure our boarders?
As opposed to a wall that’s being proposed, people would come legally if more people were given the opportunity. We don’t give out a lot of visas and the concern for the visas not being issued is once they’re here they won’t leave.

But why is that such a bad thing?
I can’t speak for the government, but it seems the concern is people coming and taxing the system, so you’ll get a lot of people and sometimes it’s cultural from certain countries. They think they’ll come and want the benefits of housing and food stamps. Instead of the system being there for you if you need it, that’s a way of life.

Do you find that’s the case?
No, some of them are very hard working and deserve the opportunity. When there are a few bad apples, it spoils the pot. But there are a lot of Americans who do that. But that’s what the anti-immigrants put out there. “People are going to come in and take your job. People come in and drain the system.” Then people don’t want legal immigration either.