Twenty years in the business and Mary Carroll’s in Babylon is not afraid to try something new. In October, owner and founder Conor Hartnett decided it was time to completely renovate the South Shore staple and create a gastropub menu like the ones sweeping Brooklyn and beyond.

“I like to travel and the greatest inspiration behind this decision was Williamsburg, Brooklyn. Every single bar there has a good menu and the nightlife is heavily influenced by food; it is the way of the future.”

At age 29, the young entrepreneur was wary of bar fare because he envisioned the place as a traditional Irish pub.

“I lived in Ireland for 25 years. It was ingrained in me that bars and food were completely separate entities.”

In 2000 when he sought to expand the bar, Hartnett’s regulars wished for food choices. To satisfy their cravings, he added some fast-casual options like mozzarella sticks and chicken fingers. But his perspective on full meals didn’t change until he saw its advantages firsthand, specifically on trips to Five Leaves in Williamsburg, “a phenomenal bar that is heavy on the food.”

He then hired Chef Lauren Van Denise, who worked as a sous chef at neighbor restaurant Barrique and The Out on Fire Island, to help him craft a full menu for Mary Carroll’s.

The modern menu features a range of appetizers, salads, burgers and artisan sandwiches. Hartnett recommended the drunken cheese steak sandwich served with provolone and whiskey butter, the blackened chicken sandwich on focaccia bread or the moules frites (mussels) with thai coconut curry. Plus, the craft beers on tap have increased from 10 to 33 with options like Fire Island Sea Salt, Saranac Caramel Porter and Shipyard Chocolate Milk Stout.

The best part is, the complete menu will be open until 3am daily to cure any food hankerings.

“We’ve always been known as the late-night place. But I’ve been noticing that the food is bringing people earlier in the night and now they are happy to stay or even come for the menu; where they would have either left or came later in the past.” 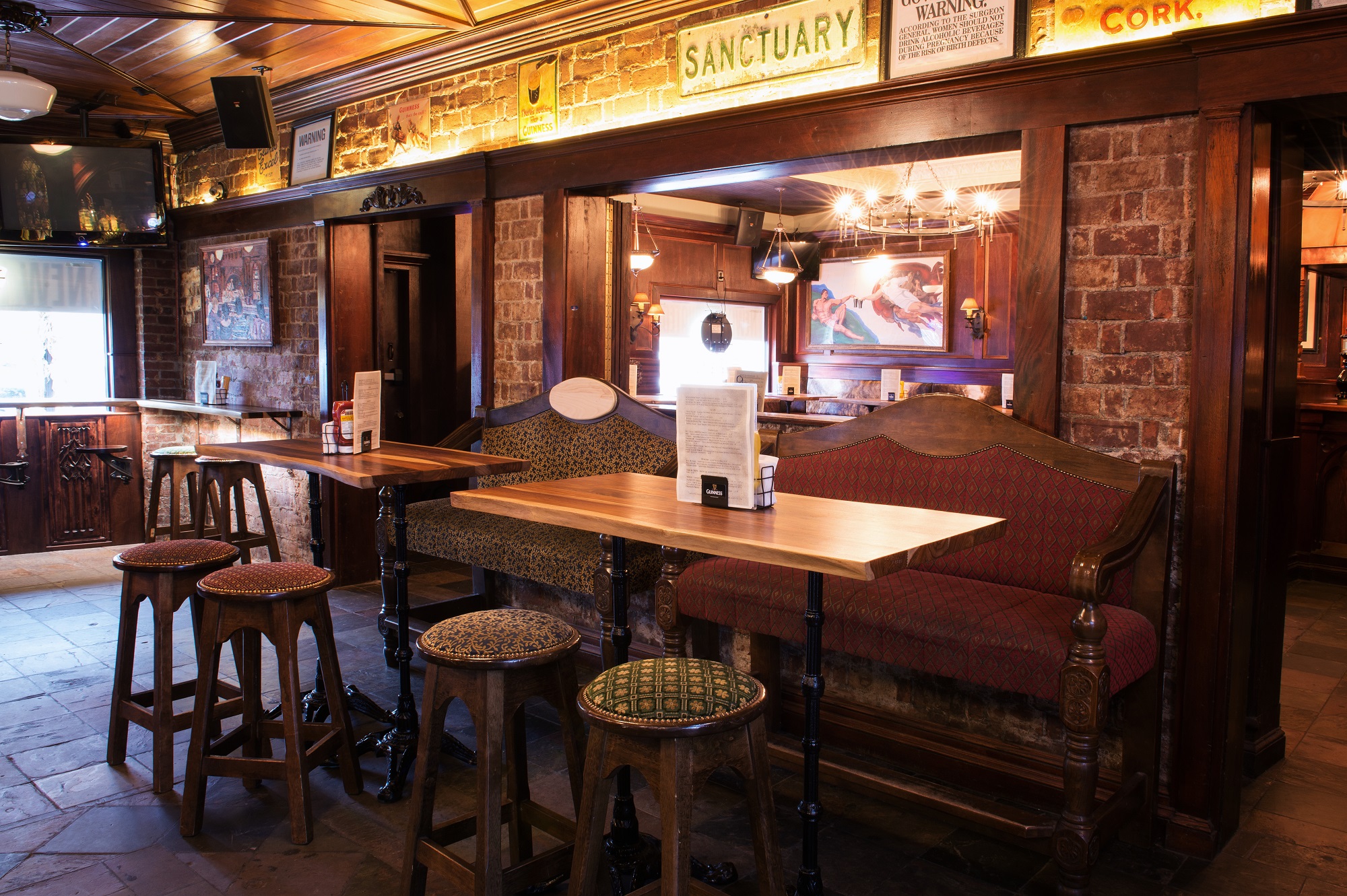 image: vicki jauron of babylon and beyond photography

The interior has undergone some serious transformations, too. Previously, there were large booths and an old stage used for entertainment. To make the area more conducive for dining, interchangeable Indonesian hardwood tables were added along with real cowhide and banquette seating. The New York City and Irish style bar even has wait service for the first time.

“Having a menu and [appropriate] dining options is definitely entering the realm of becoming a necessity. If you are not willing to evolve you will be going the way of the dinosaur.”

Even in Ireland now, “the better bars have good food.”

More plans are on the horizon for Mary Carroll’s once the summer hits. The outdoor beer garden will become more dining friendly, replacing the barrels for drinking with plenty of comfy furniture and beautiful foliage to give it a real garden feel.

“We like to do things in stages…Basically we want to walk before we can run…We are sticking with food inside for now, but in addition to the retractable awning we got last year, having the proper dining area outside will be able to extend the season year round.”