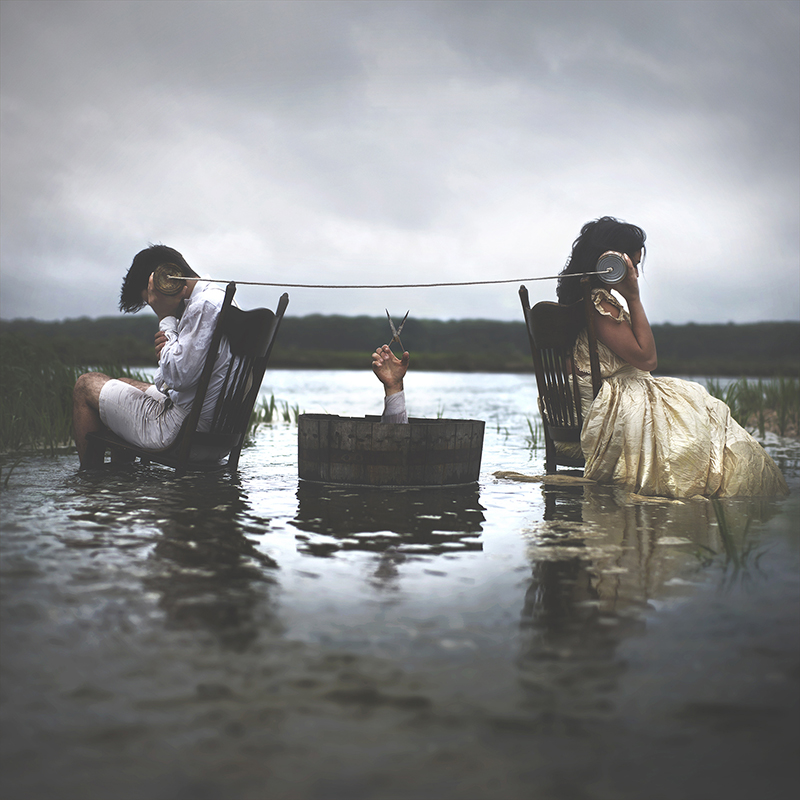 For most of his life, Nicolas Bruno heard screaming and saw unusual creatures walking through his room as he slept. A feeling of anxiety overwhelmed him as he felt paralyzed in his bed. It took him years to understand that he was suffering from sleep paralysis.

“This kind of tormented me for the majority of my life but it got terrible around age 15,” he said. “I wouldn’t sleep for like two days at a time and it put me in a very bad depression.”

At the time, Bruno confided in his high school teacher, who suggested he start keeping a dream journal to document all he experienced while sleeping. Bruno gave it a shot and soon he had a whole book of sketches. He then started photographing himself becoming the recurring characters he saw. These photos eventually turned into Between Realms, an exhibit opening at the Haven Gallery in Northport on Feb. 25 and running through April 2. On opening night of his first hometown show (between 6-8pm), Bruno will be present to interact with guests, who will be served Sand City beer and home-cooked dishes provided by his Italian family.

“[This] became my way of kind of combating the sleep paralysis dreams,” Bruno said. “[I’m excited] to create a body of work that reaches a lot of people and shares my message because I know there are a lot of people who experience it but don’t know how to talk about it.”

Sleep paralysis, a condition occurring during sleep stages where the body is temporarily unable to move despite consciousness, affects nearly 8 percent of the general population, according to a 2011 report from Sleep Medicine Reviews. Many sufferers report feeling weird sensations during an episode like being dragged from bed or pressure on the chest. WebMD states stress and disrupted sleep schedules are causes of the condition. Bruno said both trigger sleep paralysis for him. 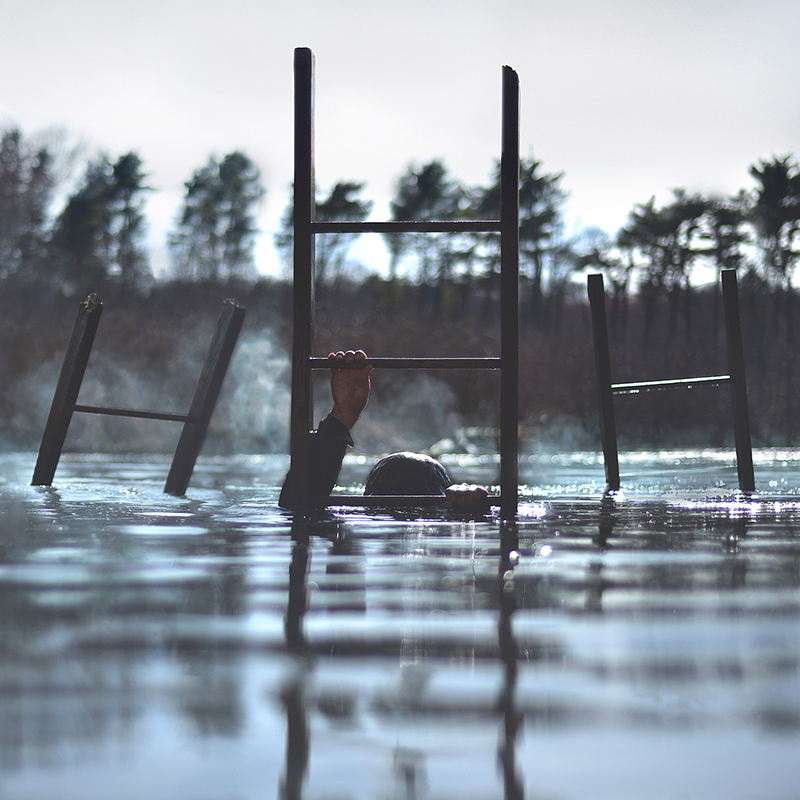 Bruno’s exhibit will showcase the phenomenon through nine eerie photographs, five embellished works and three drawings. One that resonates most with him is a photo of a creature trying to climb a ladder while submerged in water. He said the photo (above) perfectly describes the inability to emerge from being stuck in the paralysis state since the ladder will sink along with the climber. “That dream symbolism is reflected within that photograph. It kind of exhibits the condition to the T,” he said.

The artist, who graduated from Purchase College in 2015 with a BA in fine art and minor in art history, is excited to connect with other sleep paralysis sufferers through the exhibit. He also hopes his exhibit will encourage those who haven’t experienced it to pay attention to their dreams.

“It’s cool to get people inspired to take their own dreams that they have—whether they be scary, beautiful, interesting or mundane—and turn them into something because we all dream,” he said. “It’s just a source of inspiration for anybody.”