Save your cravings for grapes until you’re back on Long Island, the best bet for native-style sipping in Florida is weisse, not wine. In just a few years, Florida’s local beer scene has become downright dizzying, with a range of flavors from classic American ales to fruit-infused brews that pair with Florida’s heat. Tour operators throughout the state can lead visitors to the best taps in town on foot, by bus and even using pedal power. Grab your growler and come thirsty—Florida’s craft beer scene is hopping.

Less than 30 minutes north of Orlando, Historic Downtown Sanford is small enough to conquer on foot, but why walk when visitors can ride the Limo Cycle? Grab 14 friends or make some new ones on this pedal-powered tour “bus.” Stops include Wop’s Hop’s Brewing Company, Sanford’s oldest microbrewery; it’s newest, Sanford Brewing Company; and Celery City Craft, a taproom featuring 51 carefully curated craft beers on tap from Florida and beyond. Go. 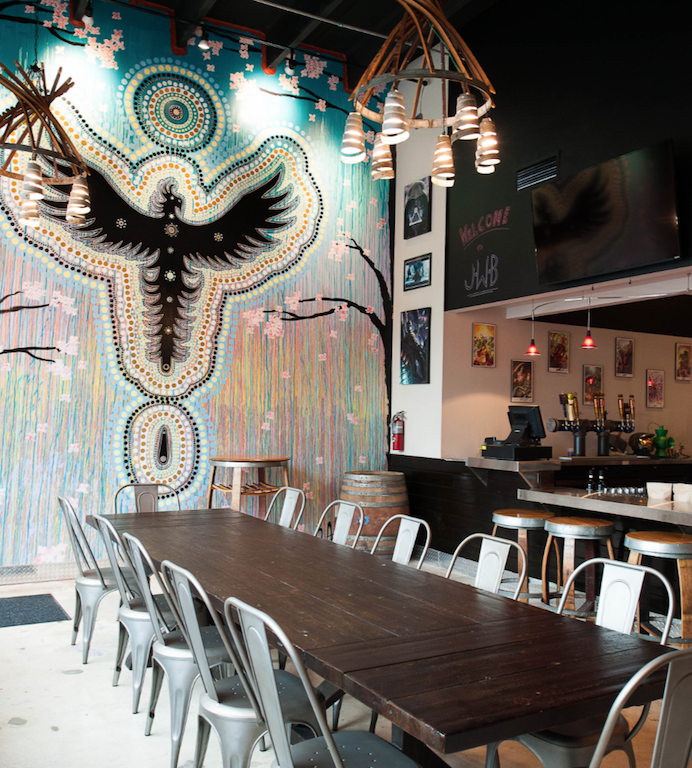 The craft beer scene in Miami has lagged behind its trend-setting cocktail scene, but in the past three years local brewers have risen to the task with typical SoFla flair. Every Saturday, The Miami Brew Bus embarks on a 5-hour loop from artsy Wynwood with stops at nearby J Wakefield Brewing and Wynwood Brewing, and either Biscayne Bay Brewing or Lincoln’s Beard Brewing depending on the week’s itinerary. No matter where guests end up, they can sip, sample and socialize with brewers and brew fans. Go.

Because it’s always Beer:30 in Tampa, the Tampa Bay Brew Bus offers several weekly tours, a Sunday shuttle that loops through Ybor City and Seminole Heights and a terminal and tasting room showcasing its own brews. Groups as small as 14 can create their own itinerary from the 50 or so breweries in the region, from big names like Cigar City and Coppertail to boutique operations like Angry Chair. Go.

Patrons could spend a day or two nursing a cold one from each of the more than 30 independent breweries along the “Gulp Coast” from Tarpon Springs to St. Pete, many serving up brews people won’t find anywhere else. The official “tour” along the St. Pete/Clearwater Craft Beer Trail is self-guided, but downloadable maps, local trolley systems and Uber make it easy to get to the next barstool. Go.