Long Island Spirits in Baiting Hollow is celebrating its 10th anniversary of serving vodka made from locally grown potatoes. Pulse raised a glass with them in the March issue.

At the end of February, the craft distillery gave Islanders something new to toast with when it released its new spring tasting menu. I caught up with Long Island Spirits owner and founder Richard Stabile to learn about some of the popular flavor combinations out during the warmer weather. 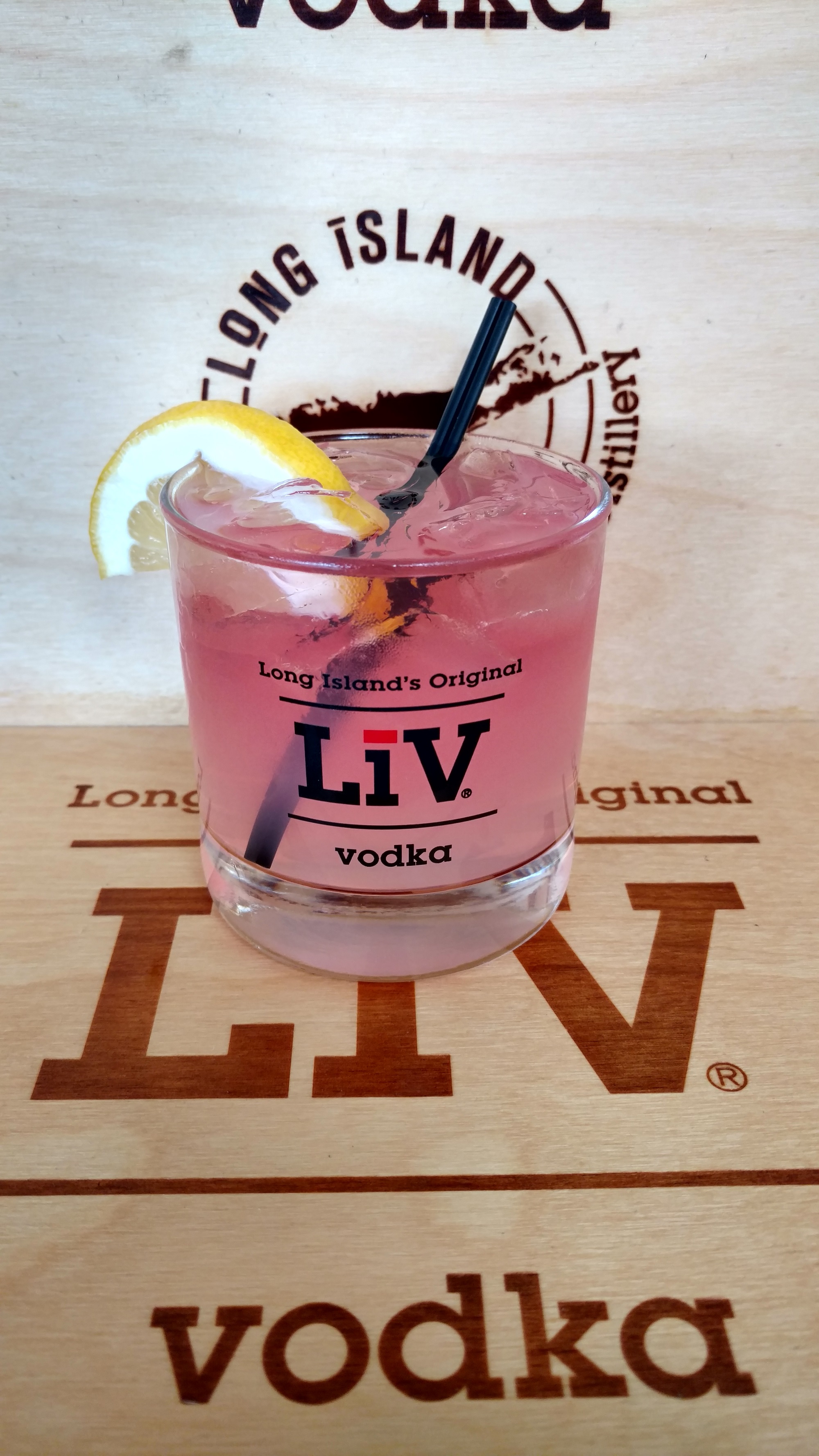 This cocktail is the epitome of North Fork summer. Made with LiV Vodka, strawberry sorbetta and organic lemonade “it’s almost as if you’re biting into a strawberry,” said Stabile. “As the flavor matures in your mouth, the wonderful lemony citrus notes [appear] and the creamy texture of the LiV Vodka gives it a substantial base from a spirit perspective.” 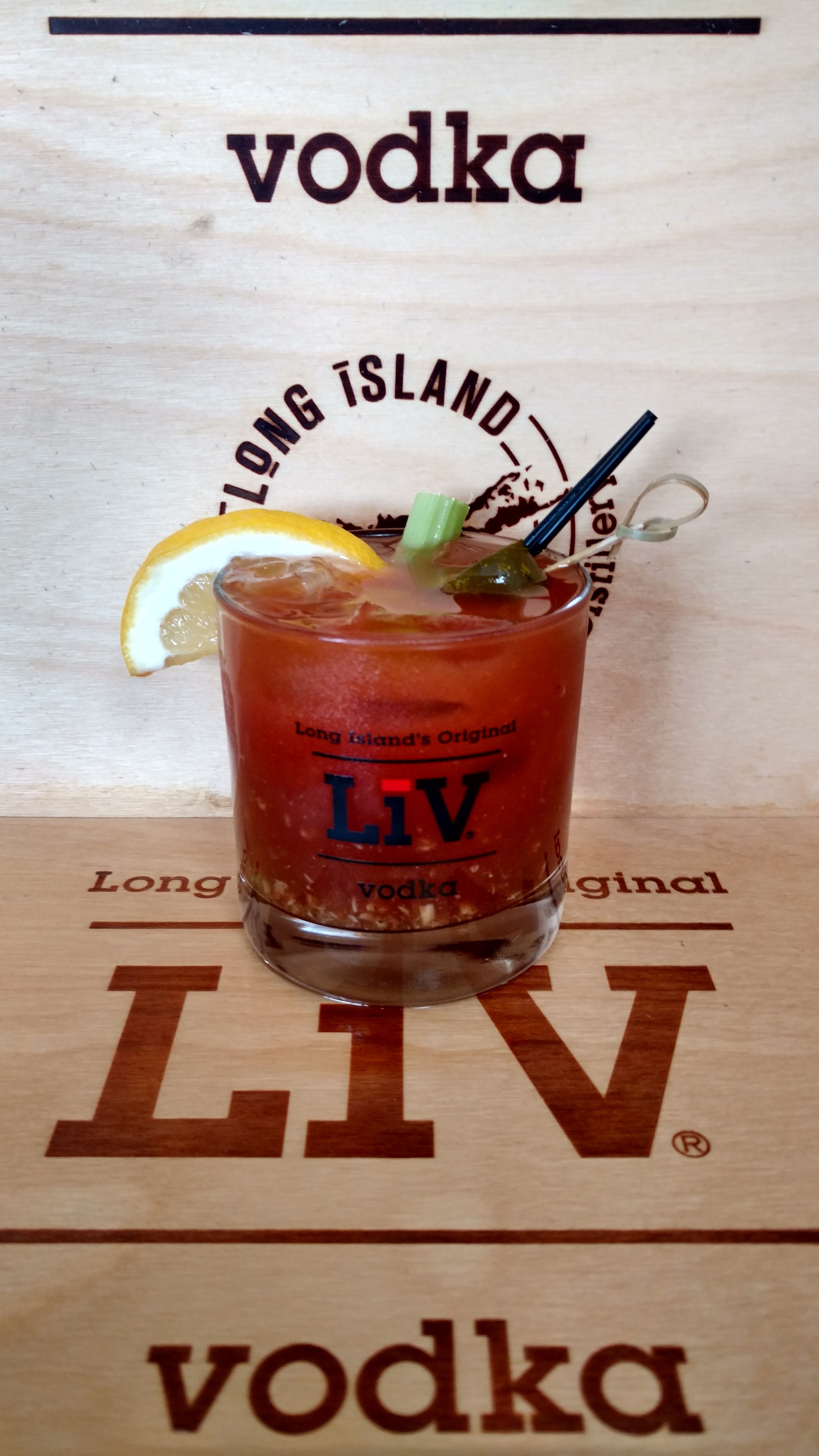 Stabile likes his Bloody Marys spicy. Local Holy Schmitt’s horseradish is coupled with their secret blend of spices and V8 juice garnished with Backyard Brine pickles, olives and celery to ignite the senses. “The LiV Vodka provides a really nice base both on the front and back end because of the creaminess of the spirit itself.” 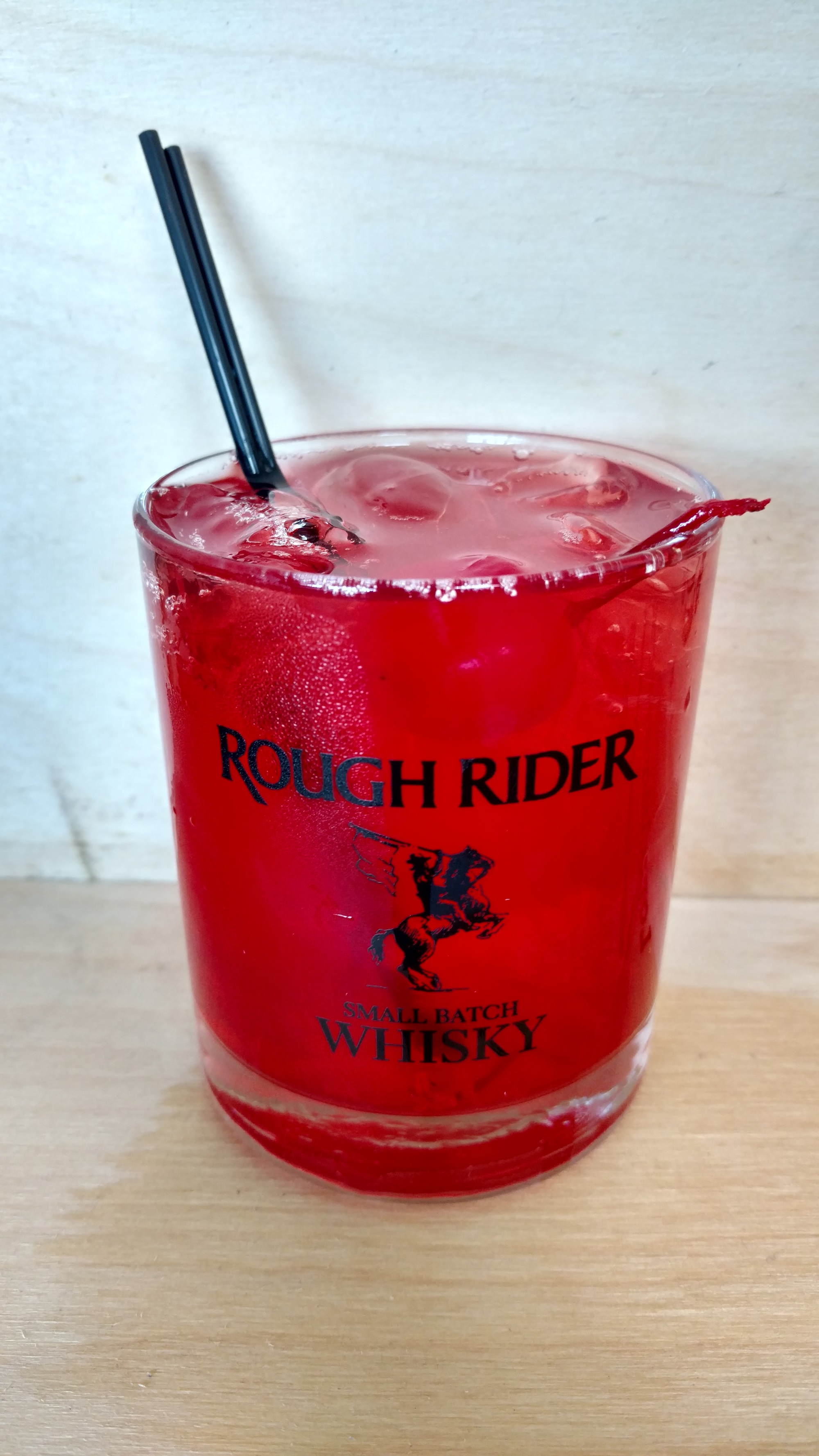 What’s beautiful about this cocktail is that it’s prepared with the huge abundance of rye on the East End. “The [Rough Rider Rye] has a very distinctive flavor, more spiciness, balanced with ginger beer and muddled cherries that add sweetness on the back end.” The sweet-spicy flavor in the cocktail itself is delicious. 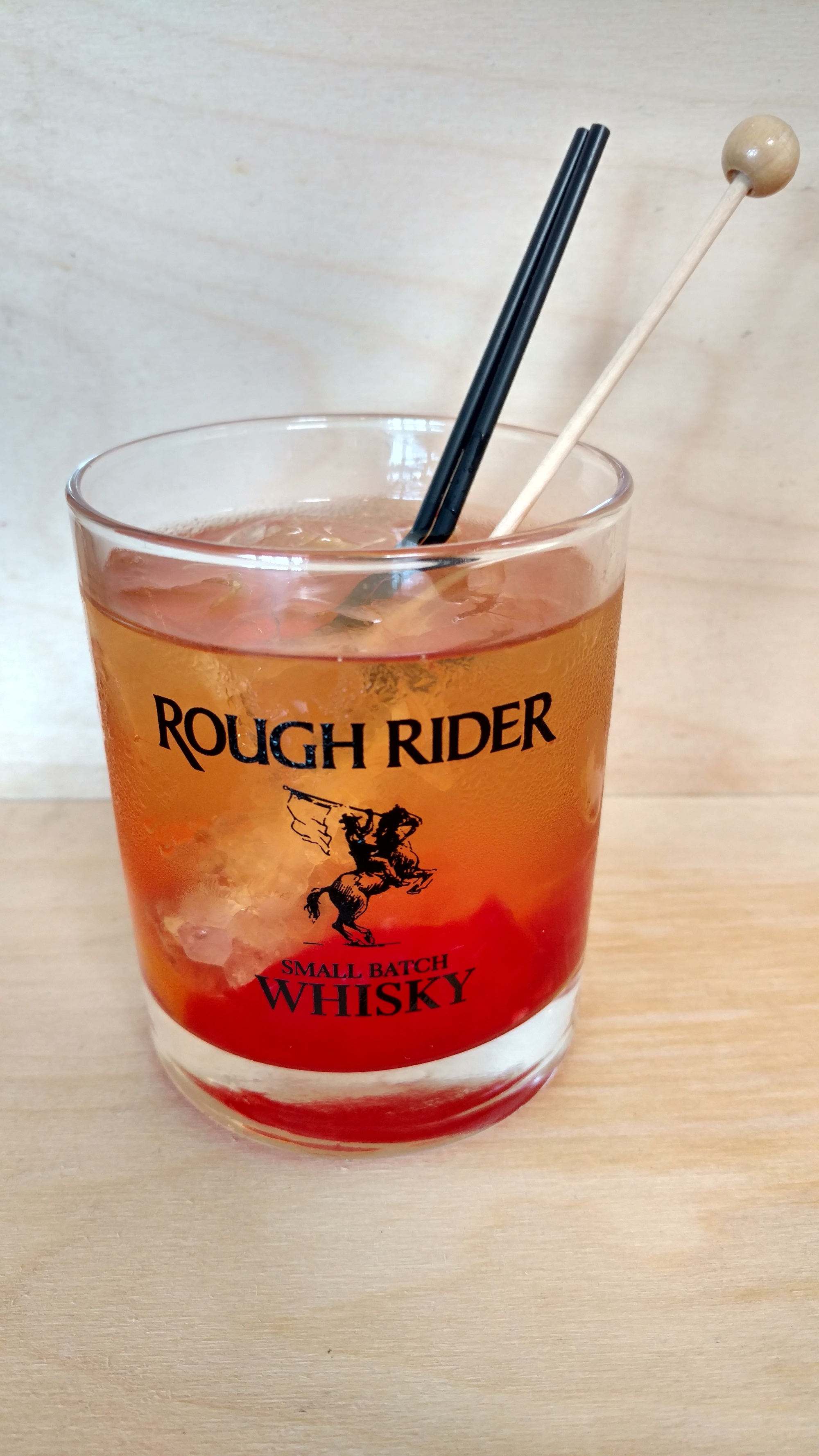 This old fashioned travels back in time. Today’s old fashioned is usually made with Bourbon, but Long Island Spirits went the traditional route using Rough Rider Rye, which is more prohibition era. “One of the interesting things we do here is use Jack Rudy aromatic bitters and we muddle orange and cherry in there to get a much more natural sweetness, and we use a barista stick for the stirrer with rock candy on the base.” As the drink matures in the glass, the sugar dissolves throughout the cocktail adding a “nice sweet character that’s much more natural than cane sugar, which a lot of people put in their old fashioned.” 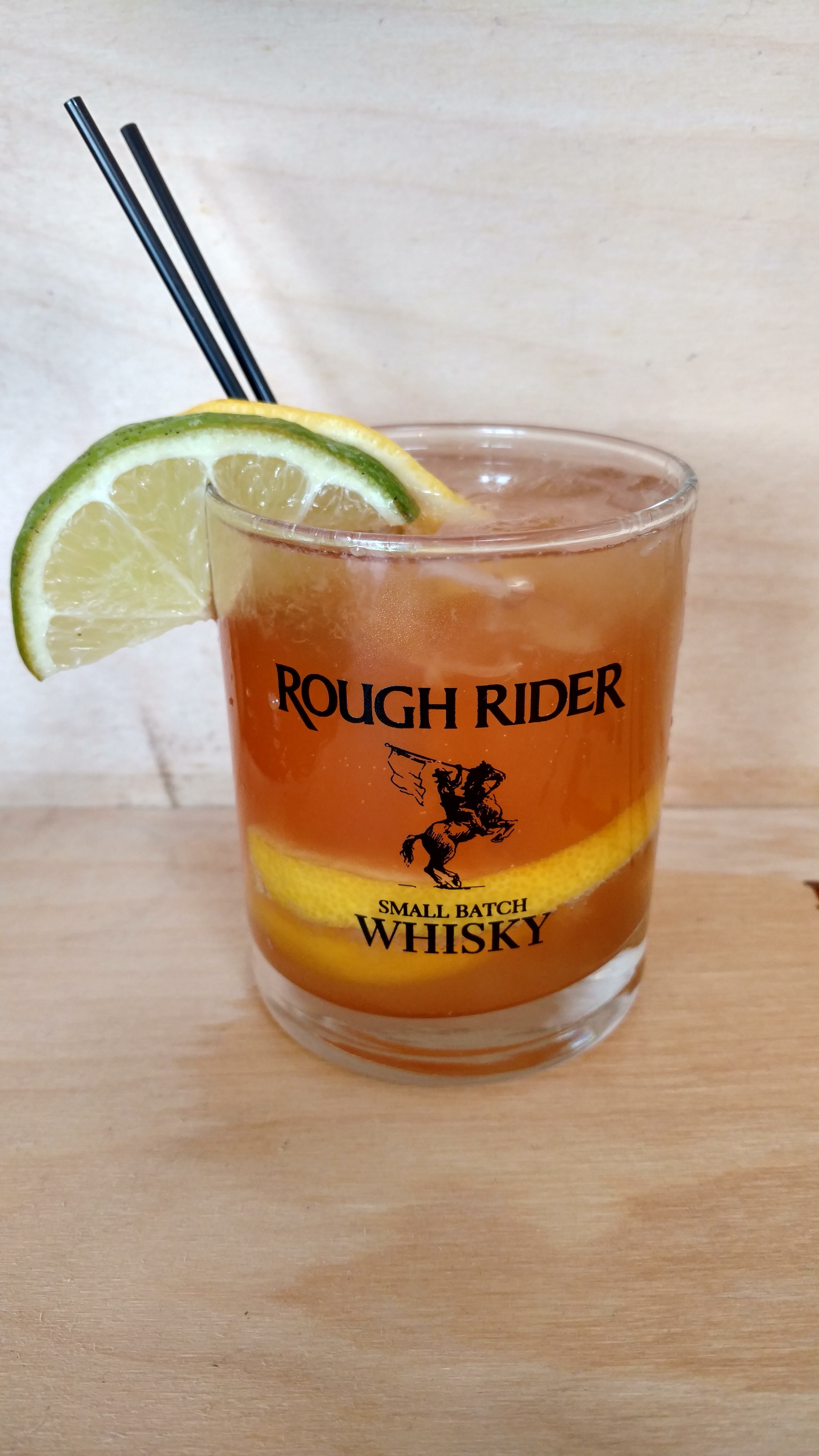