Newcomer to the dining scene, Flight in Patchogue knows how to win over a crowd. Since Feb. 19, Flight has been wowing customers with their Las Vegas style Sunday brunch called “Before Four.” To find out more about what gets Long Islanders out of bed with ease, I caught up with Chef Jason Tepper, who wanted to “bring Vegas to Patchogue so people don’t have to leave Long Island to have a good time,” and learned about some of the recent crowd-favorites. 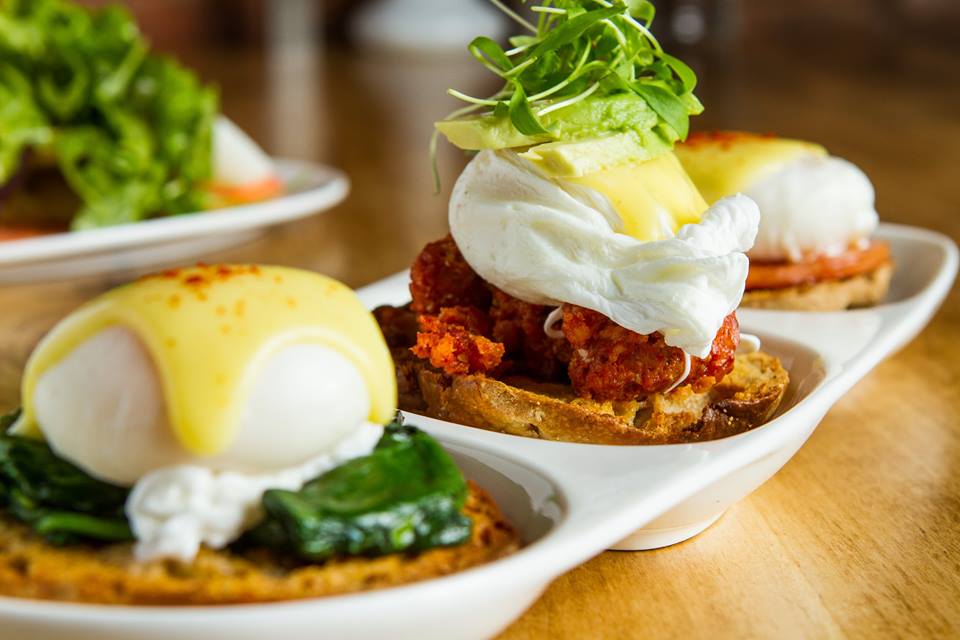 Nothing says good morning like a caramel and sea salt creamy cake. “The three jumbo size pancakes are made from scratch,” topped with fresh berries, powdered sugar and served with a side of warm local maple syrup.

These French toast pieces bring the buzz without the headaches. Infused with fireball and whisky, “it’s not your typical slice bread; it’s more thick cut like bread pudding.” It’s even sweeter topped with fresh whipped cream and berries.

Satisfy your salty cravings a little earlier than normal. The crispy breakfast pizza is made with scrambled eggs, tricolor peppers, thick cut bacon, pickled red onions, roasted tomatoes and finished with local cheese. Not a bad start to the morning. 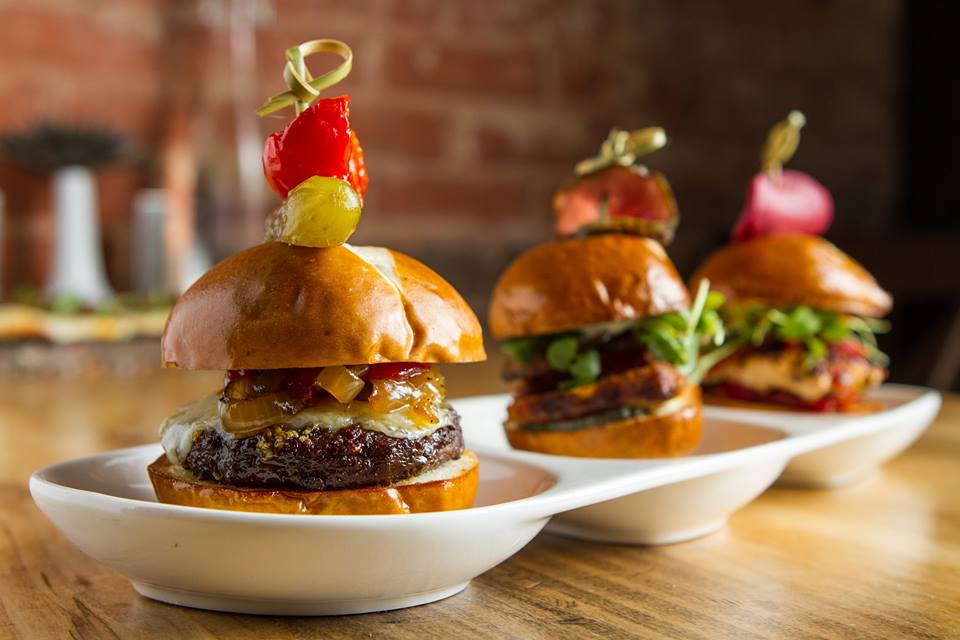 When diners can’t quite pinpoint what they’re in the mood for, they can’t go wrong with the flight of sliders. The first is a five spice tuna blend served with pickled cucumber and radish, micro cilantro and wasabi crema. The ground chicken slider is made with pickled vegetables, micro arugula and mai poi crema and the kobe beef is dressed with Vermont cheddar and caramelized onion sriracha ketchup.