Late March and early April skiing has its own charms, not least of which is warmer weather to make an afternoon on skis feel like spring break. Plus days are longer, which means there’s more time for visitors to do what they came for than in the winter. But to get that heavenly combination of hat-free temperatures and perfectly packed powder, savvy skiers can’t go just anywhere. One of the better destinations is the Grand Summit Hotel in Park City, UT (where they see an average of 355 inches of the white stuff in a year). It’s well worth the trip to get those memorable last licks on the slopes in. Here’s why.

Related Content: Ski and Step Back in Time at Mohonk Mountain House

All-around central location. The Grand Summit is in a prime spot in the Canyons Village area of Park City, right by the Orange Bubble Express (a enclosed chairlift with heated seats that looks like…well, what it sounds like) and Red Pine Gondola (which silently ascends 8,000 feet above the Wasatch Mountain Range). The Grand Summit is ski-in/ski-out, and slope side, where guests have nearly effortless access to the slopes. It’s also walking distance to restaurants, bars and shops, as well as long-established ski and snowboard schools. Cross-country skiing and snowshoeing is available on property.

Park City is awesome, especially in spring. More of a town than a city, at least by metro New York standards, Park City is renown in skiing circles for good reason. Its skiing territory is huge—as in 300+ trails, seven terrain parks, six natural half pipes and one super pipe—and suited to intermediate and expert level skiers. First-time visitors, sometimes expecting a tourist-trap kind of place, can be pleasantly surprised to see a town with an authentic western vibe and genuine, low-key locals. Utah still gets big snowstorms in the spring, but unlike in the winter, the next day it will be back up into the fifties. Tip: To ski snow that’s just softening up, tackle trails that are only starting to get the sun. In the morning, in this geographic location, most of those will be southwest facing. Booking a guide is a popular option, simple to arrange at any ski school. Since there are 7,300 acres open to skiing, having someone who knows the ins and outs can be a boon, especially for those who’ve never skied in the area before. 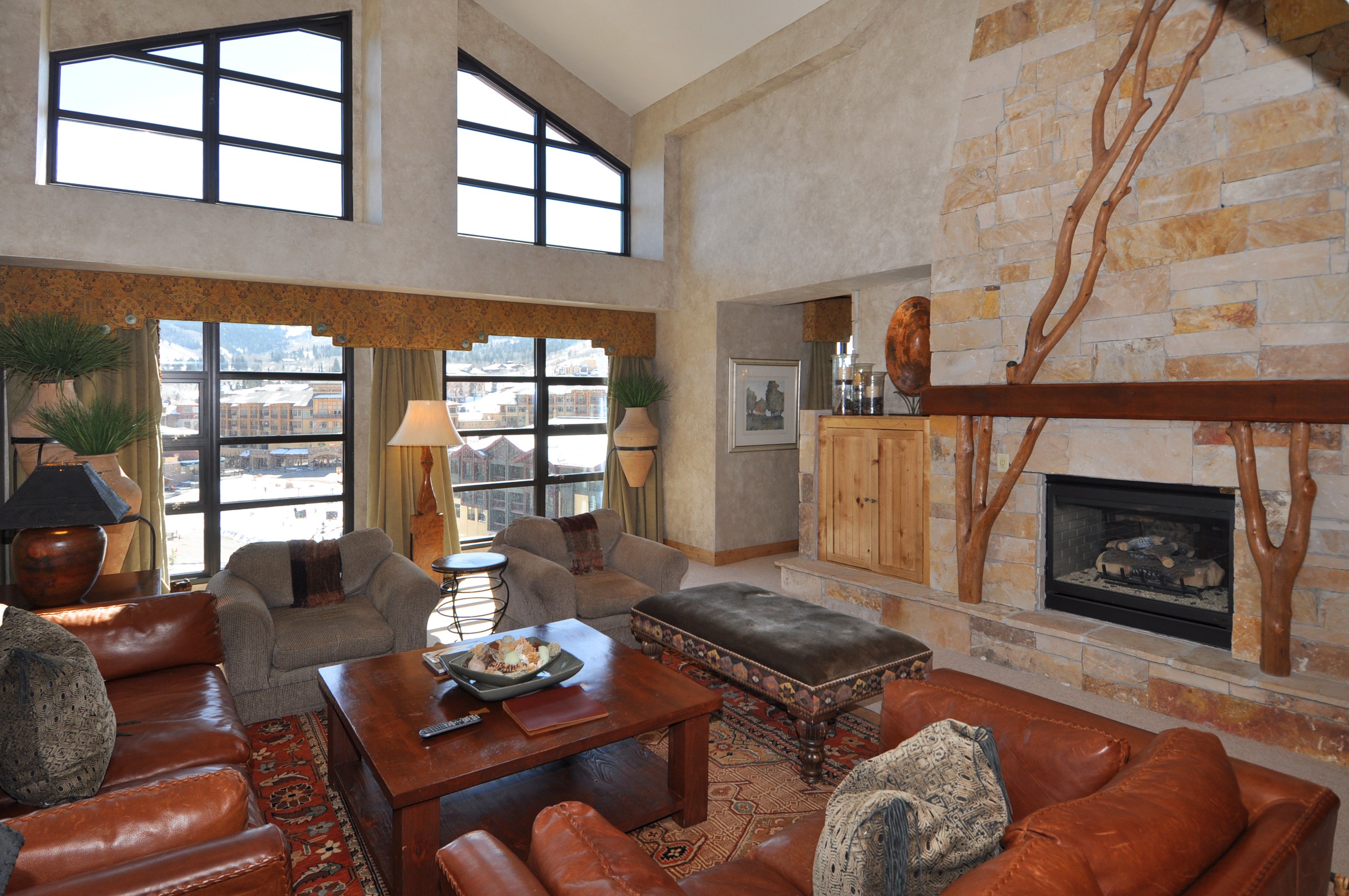 There will be pond skimming. Park City often hosts big events and celebrations, and spring is no exception. The Spring Gruv festival runs through April 8 this year, marking the tail end of the ski season with the state’s only pond skimming contest. (That would be when up to 100 registrants attempt to cross a man-made pond on skis or a snowboard.) There is also live music every day in the base areas. The festival is family-friendly, with kids able to meet dogs trained to rescue skiers, compete to build the coolest (figuratively, too) igloos and snow sculptures and make s’mores.

Deals are to be had. As crowds thin, it’s more doable to score a deal on this popular destination. The Grand Summit is offering reduced rates now, and until April 16, guests get a Delta airlines voucher to cut the cost of the flight to Salt Lake City International Airport, about a 30-minute ride away. Plus, starting March 14, Delta is taking their in-flight service up a notch, through a partnership with design company Alessi, which has curated chic, modern service items and tableware just for Delta flights.

Bikinis are encouraged. As longer, warmer days become the norm, the dress code (ironically) deviates from the norm. How so? It’s an unofficial tradition here that skiers, locals and visitors alike, free of bulky, cold-weather wear, don costumes to hit the hill. Maximum creativity is on display. Those not in costume are commonly in bathing suits. Anything goes, pretty much.