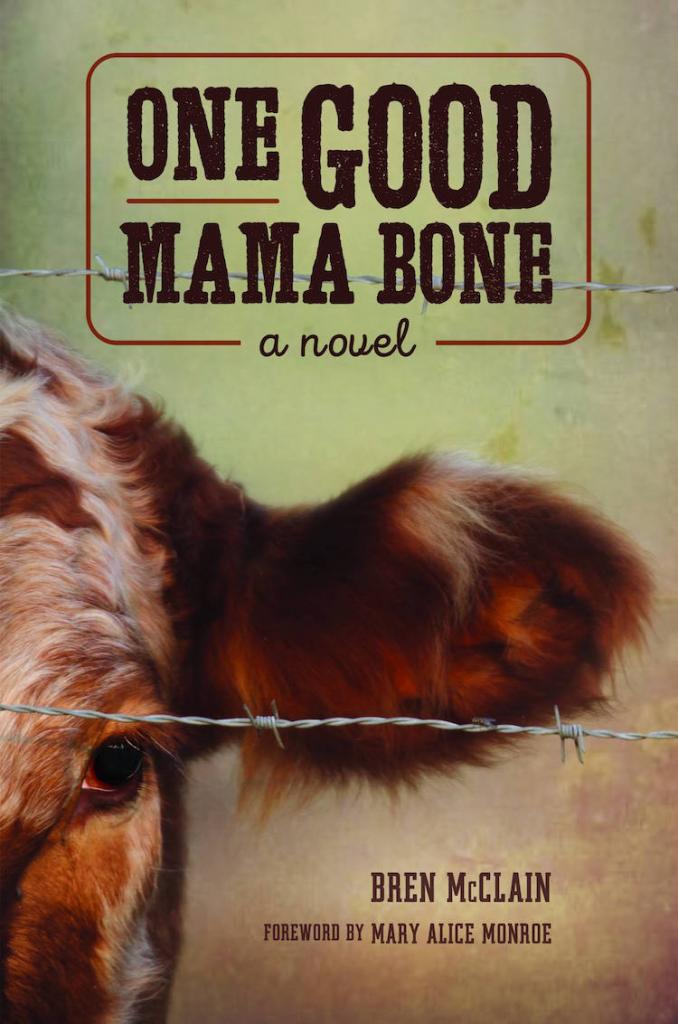 You didn’t have a clue what you were doing.

Even so, you’d muddle through, making things up as you went, making do. The result wasn’t, perhaps, what you’d hoped it would be but nobody would ever fault you for your perseverance. Nobody, as in the new book “One Good Mama Bone” by Bren McClain, could say you didn’t try your best.

When Sarah Creamer looked at her son, Emerson Bridge, she loved his dimples most. His mama had them, too, but Mattie hadn’t stuck around long enough to see her baby’s smile. She couldn’t live with what she’d done—having a fling with Sarah’s husband and all. So she shot herself just after giving birth, leaving Sarah with a newborn. For his part, Harold was happy to have a son, but he was gone now, too.

In the end, it was just Sarah and the boy, whom she loved. Not having had much of a mama herself, though, she wondered if she was doing right by him.

Emerson Bridge missed his Papa. But wasn’t a Mama enough? She gave Emerson Bridge everything he needed. She went without food to make sure he was fed. She’d marched over to Mr. Dobbins’ ranch and bought her son a calf so he would have a buddy. She wished she could do more.

Luther Dobbins hadn’t wanted to sell the steer to that Creamer woman. But he did, because he wanted to see admiration in his youngest son’s eyes. Luther loved LC, but the boy was nothing like his brother, Charles, a college man who made Luther proud. LC was weak; nothing disgusted Luther more. He wanted his son to be a man. He wanted LC to love him like he did when he was little.

Sarah Creamer was glad to see Emerson Bridge happy again. He loved his steer, which he named Lucky, and they were lucky that Mr. Dobbins gave them the Mama Cow, too. The kind of devotion animals had, well, Sarah had never seen such a thing. Besides, the Mama Cow was a good listener, which is what Sarah needed most.

The first thing you may notice about “One Good Mama Bone” is that the prose is beautiful. Very much so, and that takes some getting used to. You won’t be sorry for it.

Setting her novel in poverty-deep rural South Carolina in the early 1950s, author Bren McClain brings forth a story that aches and pulses, starting with Sarah, who becomes the mama she never had and is wrapped with worry about not having a map for raising a boy who’s not hers. This grasping hopefulness and the things she does for Emerson Bridge are so appealing that Sarah might’ve made a good solitary subject for a novel. Happily, McClain gives us more, in the form of a whole cast of wonderful characters.

Even the loathsome Luther belongs solidly inside this perfect novel of love, parenting and doing the right thing. And here’s another something right: reading “One Good Mama Bone.” That’s what you should be doing.